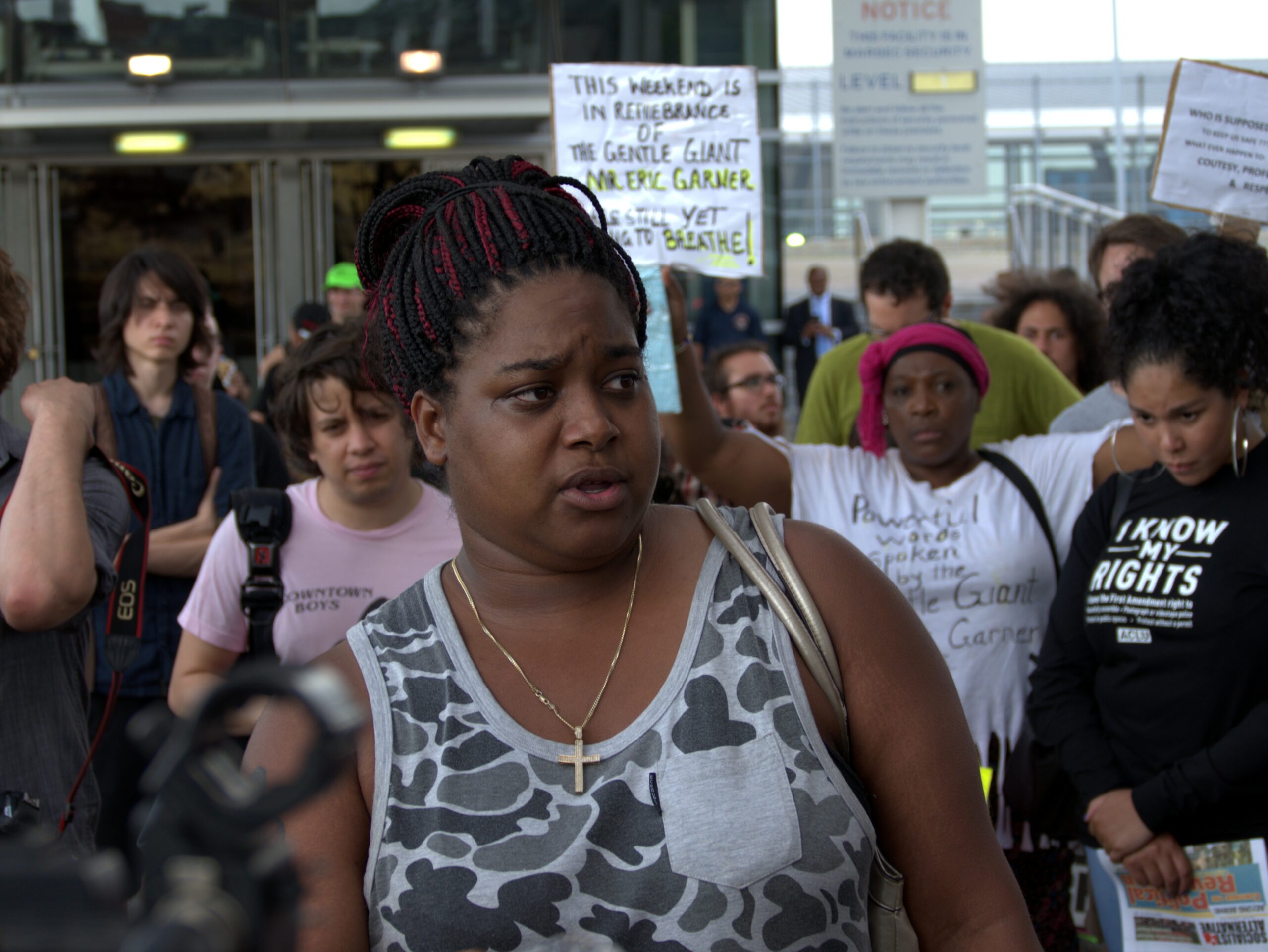 Erica Garner was an activist, writer, and leader in the Black Lives Matter (BLM) movement. Garner was thrust into a life of activism after the untimely murder of her father Eric Garner, who was killed while held in an illegal chokehold by a New York Police Department (NYPD) officer in 2014. Garner was at the time being arrested for allegedly selling loose cigarettes on a street corner.

Erica Garner was born on May 29, 1990 to Eric Garner and Esaw Snipes-Garner. She was raised in Brooklyn, New York, and was the eldest of her father’s children. After the untimely death of her father, Garner stepped into the forefront of activism focused on police brutality. For a full year after her father’s death, Garner held rallies twice a week in Staten Island, where she would perform a “Die-In”, by lying on the ground prone in the spot where her father was killed. She also worked closely with Rev. Al Sharpton on her father’s case and spoke out on police brutality issues.

Garner eventually became involved with the Black Lives Matter movement, traveling and speaking around the world at marches and peaceful protests. She wrote numerous articles about unpublicized incidents of police brutality towards African Americans. In early 2016, Garner became an early supporter of Vermont Senator Bernie Sanders’ presidential campaign, appearing in a video for the candidate. She also took her fight for justice for her father to the White House. In July of 2016, Garner met with then-President Barack Obama after a Town Hall meeting on the second-year anniversary of her father’s death, to talk about the policies and politics that follow police brutality cases.

Following the birth of her son in September of 2017, Garner was notified by doctors that she had an enlarged heart, and was in imminent danger of other serious medical issues. In late December 2017, Garner suffered a major asthma attack, with caused her to have a heart attack. She was placed into a medically induced coma, and was treated at Woodhull Medical and Mental Health Center in Brooklyn, but incurred major brain damage due to the lack of oxygen to her brain during her heart attack. Garner passed away on December 30, 2017. She was 27 years old.

Rev. Al Sharpton delivered the eulogy for Garner’s funeral at First Corinthian Baptist Church in Harlem, New York. In addition to her grandmother Gwen Carr, mother Esaw Snipes-Garner, and siblings, Garner left behind eight-year-old daughter Alyssa and four-month-old son Eric, whom she named after her father.

The fight for justice that Erica Garner waged on behalf of her father continues. Although a $6 million out-of-court settlement was paid to the Garner family by the city of New York in 2015 in response to the death of her father, the Justice Department has yet to decide on bringing civil rights charges in the case of Eric Garner against the NYPD. Also, the Staten Island Grand Jury did not indict Officer Daniel Pantaleo, the NYPD officer who placed Garner in an illegal chokehold. Additional civil charges are still pending against the officer.