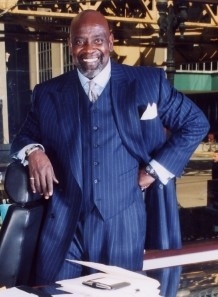 After high school, he joined the Navy and then moved to San Francisco, California where he worked for a medical research associate and scientific medical supply distributor. In 1977, he married Sherry Dyson. In 1981 they separated, but did not divorce until 1990. In 1981, Gardner’s girlfriend, Jackie, gave birth to their son Christopher Gardner, Jr.  Nineteen months later, Jackie left him and their son.

In 1982, Gardner earned a spot in the Dean Witter Reynolds training program for future stockbrokers. Unable to sustain their home on the trainee salary, Gardner and his son became homeless. After he completed his training at Dean Witter Reynolds, Gardner was noticed by Gary Shemano who offered him a job at Bear Stearns & Co. With the new position, Gardner was able to find housing for himself and his son. From 1983-1987 Gardner worked at Bear Stearns & Co. where he became the top earner. In 1987, he opened his home-based brokerage firm, Gardner Rich, in Chicago, Illinois. During one of Jackie’s visits to her son in 1985, their daughter Jacintha Gardner was conceived.

Inspired by his remarkable financial success and personal bout with homelessness, Gardner is now involved in homelessness initiatives – assisting families and other people who are employed, but cannot sustain themselves. Gardner is on the board of the National Fatherhood Initiative and receiving the group’s Father of the Year Award in 2002. He also serves on the board of the National Education Foundation and the International Rescue Committee.

In 2000, Gardner was recognized by the NAACP when the organization presented him with the Image Award.  His book, The Pursuit of Happyness (2006) became a best seller and was the inspiration for the movie of the same title starring Will Smith. Gardner has published a second book, Start Where You Are (2009) which, like his earlier work, encourages perseverance and optimism in the face of adversity.