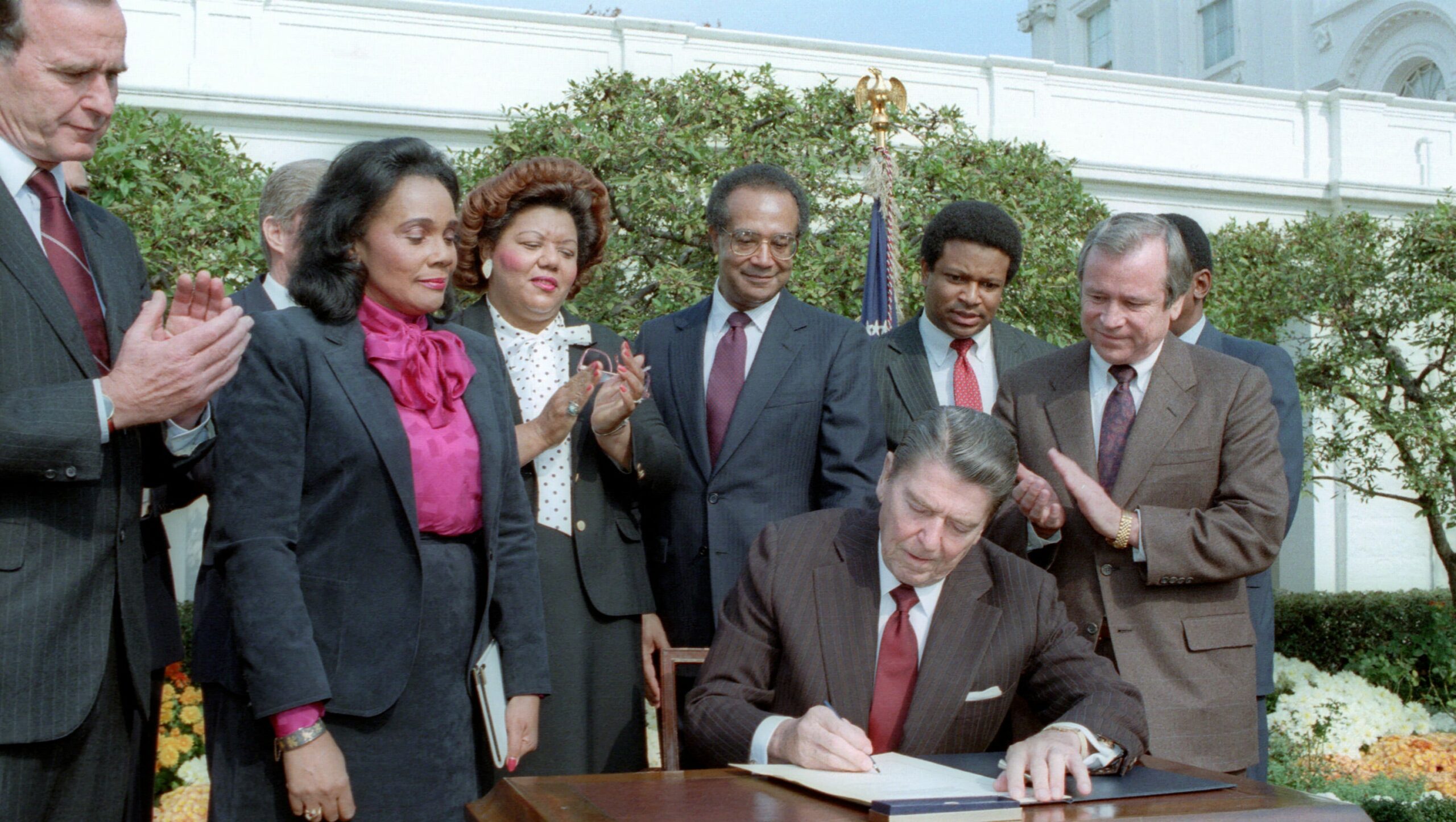 In a White House Rose Garden ceremony on November 2, 1983, President Ronald Reagan signed a bill that had passed through both houses of Congress, establishing January 20th as the Dr. Martin Luther King Jr. Federal Holiday, to be observed on the third Monday of January. This was the first federal holiday devoted to a Black civil rights leader and nonviolent activist.

Congressman John Conyers, a Black Democratic U.S. representative from Michigan, first introduced the legislation to establish the holiday on April 8, 1968, four days after Dr. King was assassinated in Memphis, Tennessee. However, it fell five votes short of the number needed for Congress to move forward in recognizing the bill, honoring the life and work of the trailblazing civil and human rights advocate and Nobel laureate. Congressional conservatives argued that it was unheard of to celebrate a private person who had never held public office with such an honor. Others argued that the federal government could not afford another annual paid holiday for federal employees and a few suggested that King was not worthy of such a national honor because of his affiliation with communist individuals and organizations.

Dr. King received a bachelor of arts degree from Morehouse College in Atlanta in 1948 and three years later, in 1951, he received a bachelor of divinity degree from Crozer Theological Seminary in Chester, Pennsylvania. In 1955 he earned a doctor of divinity degree from Boston University. He first came to the public’s attention in 1956 when as the 27-year-old minister of Dexter Avenue Baptist Church in Montgomery, Alabama, he became the public face of the Montgomery Bus Boycott initiated by the defiant refusal of Rosa Parks to accept racially segregated seating on a Montgomery city bus.

Dr. King’s fame was enhanced when at the March on Washington in 1963, he gave the keynote address titled “I have a Dream” before a live audience of 250,000 at the Lincoln Memorial as well as a larger international television audience of millions. In 1964, King won the Nobel Peace Prize for his front-line work opposing racial inequality through nonviolent resistance. On year later, in 1965, King spearheaded the organizing of two Selma to Montgomery marches and continued traveling thousands of miles, lecturing and preached more than 2,500 times, protesting and providing a coalition of conscience against injustice and racial abuse. In addition, he penned five books, including I Have a Dream: Writings and Speeches That Changed the World and Strength to Love as well as a plethora of articles that appeared in journals around the world.

Dr. Martin Luther King, Jr. had a seismic impact on race relations in the United States and globally. Therefore, President Reagan’s signing of the bill establishing January 20th as the Dr. Martin Luther King Jr. Holiday was a fitting tribute to someone who worked tirelessly to promote racial justice.