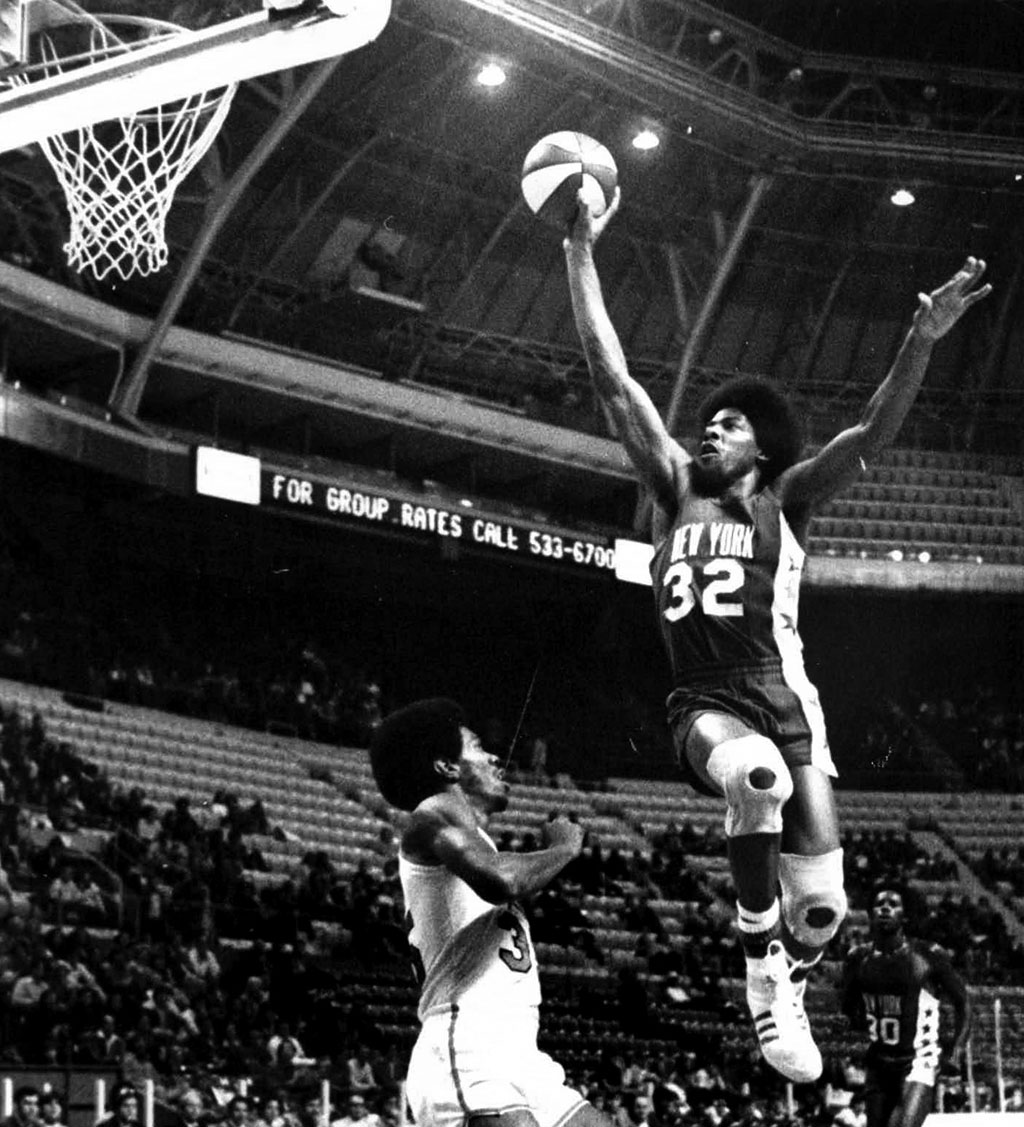 Professional basketball player Julius Winfield Erving II, respected by teammates and the fans alike, is best known for his on-court flair and inventive movements, introducing the slam dunk into the game of professional basketball.  Erving, nicknamed “Dr. J,” was born on February 22, 1950 in Roosevelt, New York.  He began his professional career in the American Basketball Association (ABA) for the Virginia Squires (1971-1973) and later the New York Nets (1973-1976).  From 1976 to 1987 he played in the National Basketball Association (NBA) for the Philadelphia 76ers.

While playing basketball at Roosevelt High School, Erving’s teammates nicknamed him “The Doctor”, which later was changed to “Dr. J”.  Erving attended the University of Massachusetts for his college career under Coach Jack Leaman. After two years of NCAA College Basketball, Erving averaged 26.3 points and 20.2 rebounds per game.

In 1971, he left college and joined the Virginia Squires in the ABA. After two seasons with the Squires, Erving entered the NBA Draft where he was picked 12th by the Milwaukee Bucks. However, Erving tried to sign with the Atlanta Hawks but due to legal issues Erving was required to play another season in the ABA. The Virginia Squires sold Erving’s contract to the New York Nets before the 1973 season.

In 1976, the New York Nets joined the NBA, but due to financial problems they were forced to sell Erving’s contract to the Philadelphia 76ers. Erving led the 76ers to the 1977 NBA Finals, but lost the series 4-2 to the Portland Trail Blazers. By the 1982-83 season Erving and teammate Moses Malone dominated the competition and won the 1983 NBA championship.

Erving has been married twice and has six children. His son, Cory, was killed in a car accident in 2000. His daughter from an extramarital relationship is tennis player Alexandra Stevenson. Erving has served on the boards of directors of several companies including Sports Authority and Coca-Cola. He lives with his wife, Dorýs Madden, in New Jersey.