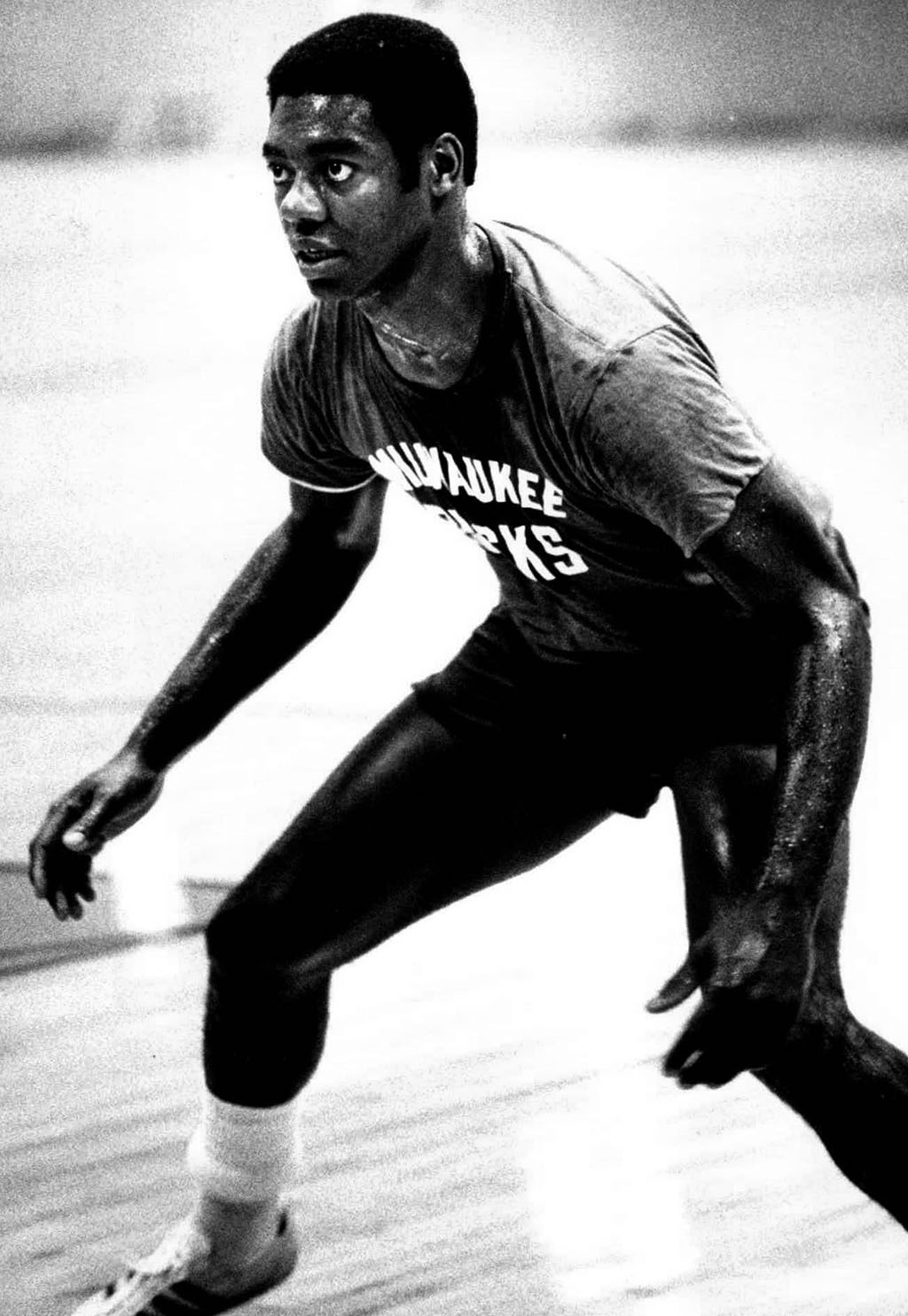 Professional basketball player Oscar Palmer Robertson, nicknamed the “Big O,” was known as the most complete basketball player, with an excellent combination of scoring, passing, and rebounding skills. He still owns the record for most triple-doubles in a career with 181. Robertson played with the Cincinnati (Ohio) Royals and Milwaukee (Wisconsin) Bucks in the National Basketball Association (NBA) most of his professional career.

Robertson was born on November 24, 1938 in Charlotte, Tennessee. He grew up in poverty in Indianapolis, Indiana and attended Crispus Attucks High School, then a segregated all-black school.  As a high school basketball player he led Crispus Attucks to two Indiana State Championships (1955-1956) during his junior and senior years and was named Indiana’s “Mr. Basketball.”

After high school he enrolled at the University of Cincinnati and made a major impact in college basketball, winning the scoring title and being named an All-American and College Player of the Year in each of his three seasons (1957-1959). After college, Robertson played for the 1960 United States Olympic basketball team.  He was named the co-captain of the USA team along with Jerry West and led them to an Olympic gold medal.

Robertson made himself eligible for the 1960 NBA Draft where he was the number one draft pick by the Cincinnati Royals.  In his first season with the Royals, he was named Rookie of the Year and also was named the All-Star game Most Valuable Player (MVP).  In Robertson’s next season he accomplished a feat no basketball player in NBA history had achieved, averaging a triple-double (the accumulation of a double-digit number total in three of the five categories in a game) throughout the entire season, with 30.8 points, 11.4 assists, and 12.5 rebounds per game.

In 1970, the Cincinnati Royals shocked the world when they traded Robertson to the Milwaukee Bucks.  In his first season with the Bucks, he paired with Lew Alcindor (later known as Kareem Abdul-Jabbar) to a league best 66-16 record.  In the playoffs, the Bucks routed their competition and Robertson won his first NBA championship in 1971.  Robertson played four years with the Bucks and then retired from basketball as a player in 1975.

Robertson was selected 12 times for the All-Star game and won the NBA MVP award in 1964.  The Cincinnati Royals (now the Sacramento Kings in California) retired his number 16 jersey, and the Milwaukee Bucks retired his number 1 jersey.  He was inducted into the Basketball Hall of Fame in 1979.

Robertson now is an entrepreneur and author, living in Cincinnati. He has been married to Yvonne Crittenden since 1960, and they have two daughters. In 1997 he donated a kidney to his daughter Tia and since then as served as a spokesperson for the National Kidney Foundation.