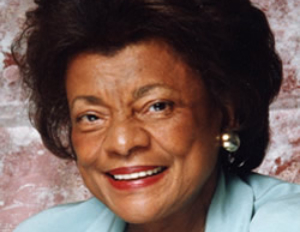 Businesswoman Ernesta Gertrude Forster, more commonly known as Ernesta Procope, was born in Brooklyn, New York on September 2, 1923. The year of her birth is contested, as public records have her date of birth as February 9, 1923. Similarly, her family name also is recorded in different ways, Foster or Forster. Despite these differences in information, there are certain things that are known. Procope’s father Clarence Forster was born in Barbados and worked various jobs, including being a postal worker and working in real estate. Her mother, Elvira Forster, was born in the West Indies and was a homemaker. 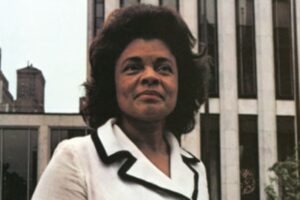 In her earlier years, Procope studied piano and was a prodigy who at the age of 13 performed a recital in Carnegie Hall. She graduated from the High School of Music and Art in Manhattan, in 1941 and then attended Brooklyn College, but left after a year to marry her first husband, Albin Bowman. She then studied at Pohs Institute of Insurance and Real Estate in order to support her husband’s real estate ventures. There she gained her broker’s license and also oversaw the growth of her husband’s company. When Albin Bowman died in 1952, she founded E.G. Bowman, a private insurance company, in 1953. That same year she met John L. Procope, an advising executive, and they married a year later.

Procope spent most of her time from 1955 to 1970 buying and rehabilitating about 500 brownstones, a type of townhouse common throughout New York City. For her work, in 1972, Procope was received the Woman of the Year Award at the White House, presented by then First Lady, Patricia Nixon. Later President Gerald Ford appointed her as the special ambassador to Gambia. Procope was also on the board of the Boys and Girls Club of America, the New York Urban League, and Chubb Corporation, a major insurance firm, and she was a trustee of Cornell and Adelphi Universities. She held Honorary Doctor of Laws degrees from Howard University, Marymount Manhattan College, and Adelphi University and received a Doctor of Humane Letters degree from Morgan State University. 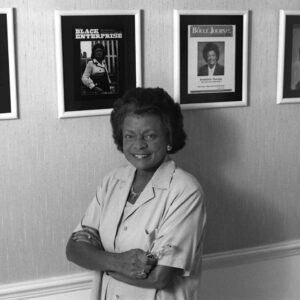 In 1979, Procope, President and CEO of E.G. Bowman from Brooklyn to 97 Wall Street and thus became the first African American to own a business in the center of New York’s financial district. Meanwhile the business continued to expand. Procope was the broker of record for the New York City Housing Authority and the principal insurance broker for the construction of the United States section of the Alaska Pipeline. She also founded Bowman Specialty Services, LLP, which focused primarily on engineering and safety services.

Procope received the Entrepreneur of the Year Award from Ernst and Young in 1993 and a decade later, 2003, she was inducted into the African American Hall of Fame. In 2006, she was inducted into the Minority Business Hall of Fame and Museum. By that point she was known as “The First Lady of Wall Street.” Procope officially retired in 2016, and she passed away on November 30, 2021, at the age of 98.