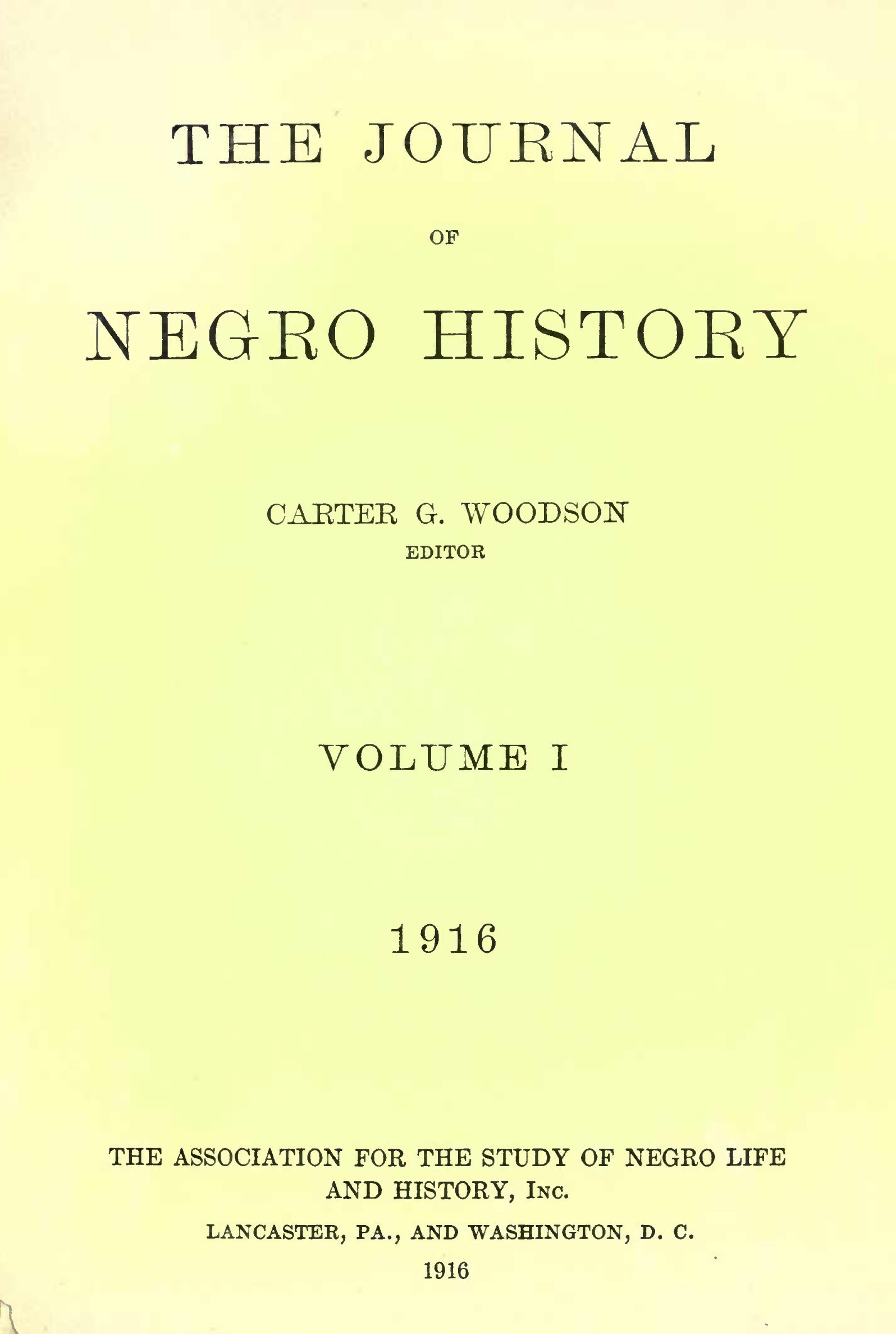 On January 1, 1916, The Journal of Negro History (now The Journal of African American History), an award-winning peer viewed journal and the official periodical published by the Association for the Study of African American Life and History, was founded as a quarterly research journal by Carter G. Woodson, a Harvard University-trained African-American historian, researcher, and journalist, and Jesse Edward Moorland, bibliophile and graduate of the Howard University School of Divinity. It is among the earliest scholarly journals that published African American research, history, pedagogical studies, and book reviews reflecting the Black historical experience from a global perspective. The Journal’s primary focus is to provide factual documentary evidence of the history of African American life.

According to its founders, the Journal (often called the JNH) was necessary because there were few definitive studies or accurate scholarly data compiled and available to African Americans about their lives and history. While the emphasis was on works by African American scholars, the authors of the Journal’s articles and reviews were never exclusively African American. Before the JNH, white historians dominated, produced, and often gave distorted and biased historical accounts of Africans and African Americans. The JNH sought to challenge those accounts and “set the record straight.”

In its early years, Woodson almost single-handedly raised funds to support The Journal of Negro History. He also served as its first editor from 1916 until 1950.  Woodson frequently uncovered racist historiography written by white scholars and, mindful that Black scholars would not have a sophisticated platform to publish their work widely, saw to it that the JNH had scholarly credibility. In the first years of the Journal, most of the contributors were from the Washington, D.C. area and, in particular, Howard University.  Eventually, other scholars from Historically Black Colleges and Universities (HBCUs) began to add their contributions as well. Some early contributors included Benjamin Arthur Quarles, Charles H. Wesley, and Eric Eustace Williams, the former prime minister of Trinidad and Tobago.

The first issue of The Journal of Negro History included “What the Negro was Thinking During the Eighteenth Century: Essay on Negro Slavery” by Othello, a pseudonym for Woodson; “The Passing Tradition and the African Civilization” by Monroe N. Work and “The Negroes of Cincinnati Before the Civil War” by Woodson. Also memorable in the first issue was the Harlem Renaissance writer Jessie Fauset’s book review of T. G. Steward, “The Haitian Revolution, 1791 to 1804” and Mary Church Terrell’s review of Woodson’s The Education of the Negro Before 1861 which was published in 1915.

When Dr. Carter G. Woodson retired as the first editor of the JNH in 1950, he was succeeded by Rayford W. Logan,who served briefly until 1951.  Other editors have included William M. Brewer, W. Augustus Low, Lorraine A. Williams, and Alton Hornsby, Jr. In 2002, V.P. Franklin became the first editor of the Journal of African American History (following the JNH’s its name change) until 2018. In 2019, Pero Gaglo Dagbovie became the eighth editor of the Journal. Despite the changed name and the various editors, the Journal continues to be the leading scholarly publication dedicated to presenting African American history to the world.