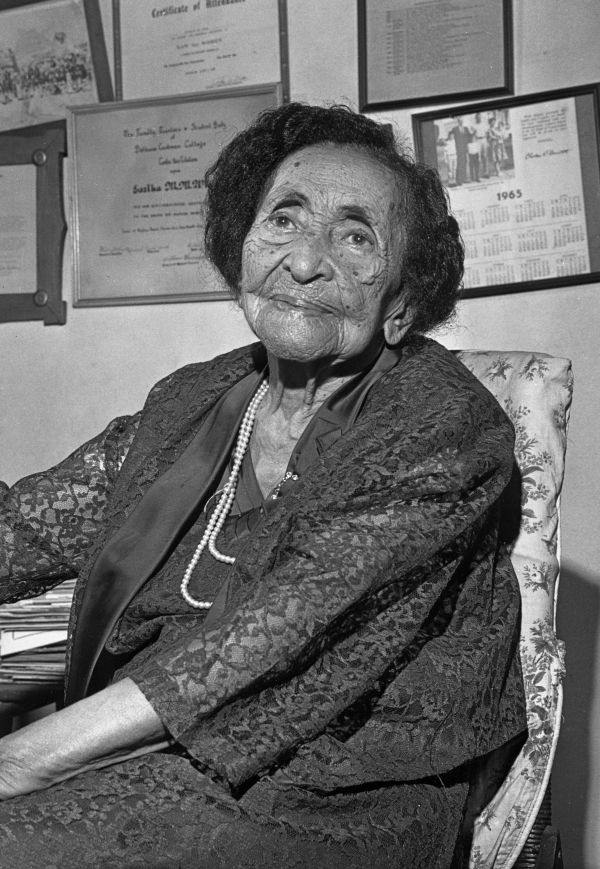 Eartha Mary Magdalene White, a prominent African American resident of Jacksonville, Florida, was widely known for her humanitarian and philanthropic endeavors in the northeastern part of that state. White was born in Jacksonville, Florida, on November 8, 1876. Her mother died shortly after childbirth, and, at a very young age, she was adopted by Lafayette and Clara English White.

White began her education at the Stanton School in Jacksonville, now Stanton College Preparatory School. Upon graduation in 1893, she moved to New York City, New York where she attended the Madam Hall Beauty School and Madame Thurber’s National Conservatory of Music. The latter affiliation led to a position with the Oriental American Opera Company, the first African American opera company in the United States. She sang soprano under the direction of J. Rosamond Johnson. After a highly successful opening on Broadway, the troupe toured for a year throughout the United States and Europe.

Upon returning to Florida at age twenty, White continued her education at Florida Baptist Academy in Naples, Florida, graduating in 1898 with a teaching degree. Upon graduation, White engaged in her first philanthropic endeavor. She built the first public school for black children in Bayard, Florida, donating the land and lumber and teaching there for the next sixteen years even as she taught at The Stanton School in Jacksonville.

White also became a successful entrepreneur, managing several businesses including a dry goods store, an employment and housecleaning bureau, a taxi company, and a steam laundry. She also became a licensed real estate broker, the first woman employee of the Afro-American Life Insurance Company in Jacksonville, and a charter member of the National Negro Business League and the Jacksonville Business League.

Although it is estimated that she became a millionaire, she donated much of her wealth to finance her humanitarian work. That work included creating Oakland Park, the first public park in Jacksonville for black people; founding the Boy’s Improvement Club; and establishing an orphanage for African American children, a home for unwed mothers, and a nursery for children of working mothers. She also worked with prison inmates and founded the Colored Citizens Protective League.

In 1904, White and her mother, Clara White, established the Clara White Mission which fed the homeless and hungry in the Jacksonville community. After her mother’s death in 1920, White continued the work of the mission which at one point was Jacksonville’s largest employer of black people.

During World War II, White worked in the Women’s National Defense Program. She also donated a building and provided American Red Cross services to enlisted men. In 1967, at the age of ninety-one, she established a one-hundred-and-twenty-bed facility for welfare patients—the Eartha M. M. White Nursing Home in Jacksonville.

Among White’s many accolades were an honorary doctor of law degree from Edward Waters College, an honorary doctor of humanities from Florida Memorial Institute, the Better Life Award of the American Nursing Home Association, the Booker T. Washington Symbol of Service Award from the National Negro Business League, and the Lane Bryant Award for Volunteer Service. In 1971, President Richard M. Nixon appointed White to the President’s National Center for Voluntary Action. Florida Governor Reuben Askew honored her at age ninety-five as “Florida’s Outstanding Senior Citizen.” Eartha White died of heart failure at age ninety-seven on January 18, 1974. She was inducted into the Women’s Hall of Fame in 1986.