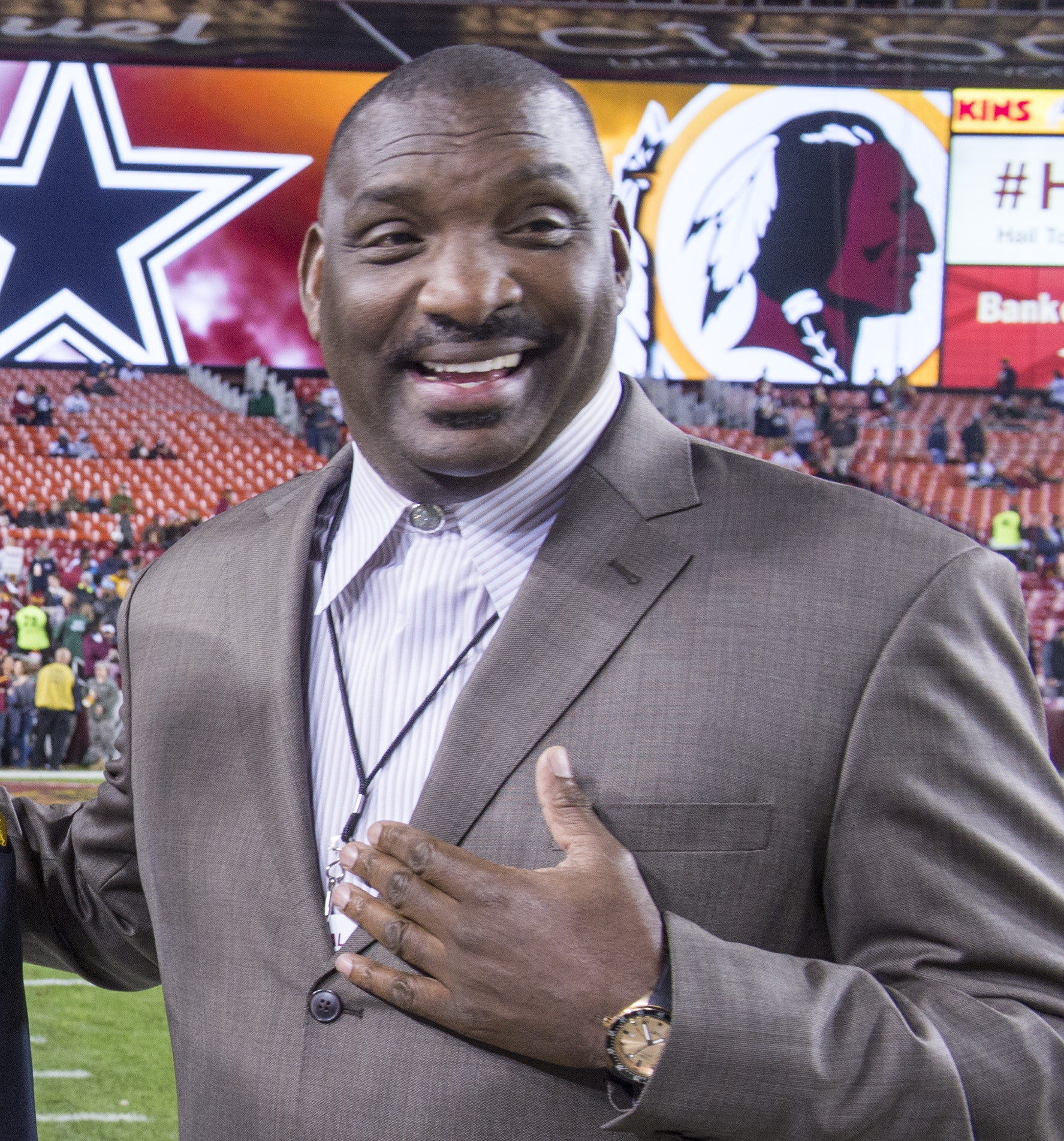 When Doug Williams took the field for the Washington Redskins in Super Bowl XXII, it marked the first time in National Football League (NFL) history that an African American quarterback played in a Super Bowl. Douglas Lee “Doug” Williams was born August 9, 1955 in Zachary, Louisiana to parents Robert and Laura Williams. After high school, he played for legendary coach Eddie Robinson at Grambling State University. Williams led Grambling to three Southwestern Athletic Conference championships in four years between 1974 and 1977. He was named a first-team All-American by the Associated Press in 1977 and finished fourth in the voting for the Heisman Trophy. Along with his athletic achievements, Williams earned a Bachelor of Science degree in health and physical education from Grambling.

The Tampa Bay Buccaneers drafted Williams in the first round of the 1978 NFL draft.  Before Williams, no African American quarterback had ever been drafted prior to the sixth round. Despite leading the Buccaneers to the playoffs in three of his five seasons with them, Williams remained the lowest-paid starting quarterback in the NFL.  He signed a contract with the Oklahoma Outlaws of the United States Football League (USFL). He passed for 3,084 yards and 15 touchdowns, but also threw 21 interceptions and the Outlaws went 6-12. The team moved to Arizona the following year, and Williams improved.  He threw for 3,673 yards with 21 touchdowns and 17 interceptions, but the Outlaws missed the playoffs with an 8-10 record. After two years in the USFL, Williams returned to the NFL, signing with the Washington Redskins.

In 1987, Williams began the season as the backup but was moved into the starting role.  He led the team to Super Bowl XXII against the Denver Broncos.  In that game, the Redskins trailed 10-0 at the end of the first quarter, but Williams led them to 42 unanswered points, including a record-breaking 35 points in the second quarter. The Redskins won, 42-10, and Williams earned MVP honors, throwing for 340 yards and 4 touchdowns. Williams remained with the Redskins for two more injury-marred seasons before being released at the end of the 1989 season.  At 34, his football-playing career was over.

Over the course of his nine-year NFL career, Williams threw for 16,998 yards with 100 touchdown passes and 93 interceptions. He also ran for 884 yards.

Williams’ post-NFL life has consisted of coaching stints at the high school and college levels, and in the NFL beginning in 1997 with Morehouse College.  In 1998, he replaced Eddie Robinson as head coach of Grambling State University. From 2000 to 2002, Williams led Grambling to three consecutive Southwestern Atlantic Conference titles. He briefly left Grambling to work for the Tampa Bay Buccaneers, but returned to the Louisiana institution in 2011.

Williams and his wife, Raunda, have eight children: Ashley; Adrian; Doug, Jr.; Jasmine; Laura, Lee, Temessia; and Carmaelta. Adrian played basketball for Brown University before graduating in 2011 and son Doug, Jr. (D.J.) played for his father at Grambling State between 2011 and 2013.