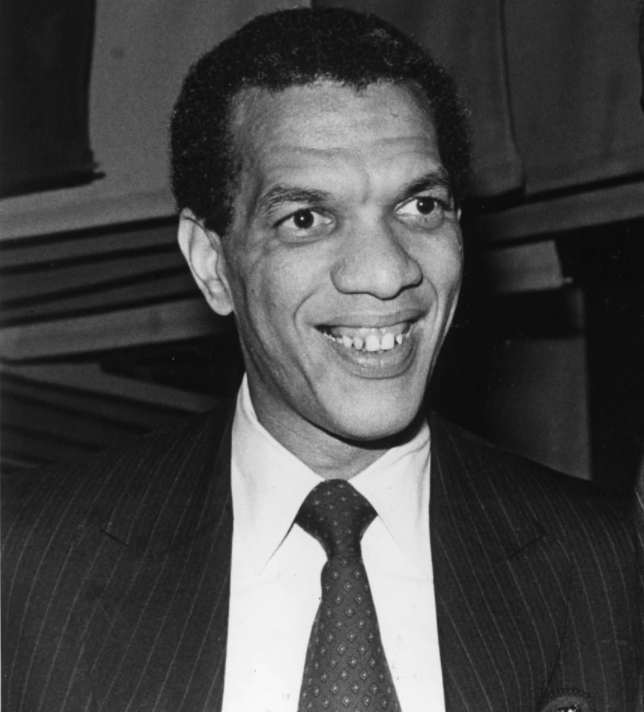 Ivanhoe Donaldson, one of the leaders of the Student Nonviolent Coordinating Committee (SNCC), was born on October 17, 1941, in Harlem and raised in the Bronx, New York. He was the son of New York policeman, and his mother was a poetry and literature enthusiast who named him after a novel by Sir Walter Scott. Donaldson attended Michigan State University where he was an engineering student but left school to become involved in the emerging civil rights struggle in 1960 after being impressed by the Greensboro Sit-ins that occurred on February 1, 1960, in Greensboro, North Carolina.

Donaldson went to the South to assist in voter-registration efforts and eventually became a field secretary for SNCC. He also organized drives for clothing, food, and medical supplies from Michigan to Mississippi. In 1966 Donaldson became director of SNCC’s New York office. He remained with SNCC even when the organization embraced Black Power under the leadership of its new chair, Stokely Carmichael, in 1966.

By the mid-1960s, however, Donaldson had become involved in the first of several high profile political campaigns where he put his skills as a tough and resourceful political infighter in SNCC to use in helping usher a generation of new black political leaders into elective office. His most prominent early victories included Julian Bond’s election to the Georgia House of Representatives in 1965 and Richard Hatcher’s successful race for mayor of Gary, Indiana, in 1967.

Donaldson’s most important political victory came in 1974 when he managed Marion Barry’s successful campaign for city council for the District of Columbia (Washington, D.C.). Donaldson had known Barry since the early 1960s when the new councilman was the first national chairman of SNCC. Four years later, Donaldson managed Barry’s upset win in the Democratic primary over both incumbent Mayor Walter E. Washington and City Council President Sterling Tucker. Barry later easily defeated Republican Arthur Fletcher in November 1978 to become mayor of Washington, D.C. Donaldson also helped Barry win reelection to a second term as mayor in 1982.
Donaldson married Winifred Burrell in 1978. The couple had one daughter, Tiffany, before they separated a few years later.

After Barry’s victory in 1974, Donaldson begin to hold a number of positions, including acting director of the D.C. Department of Employment Services and deputy mayor for Economic Development. He left Washington city government in late 1983 to become a vice president at E.F. Hutton, a major investment services firm. Soon afterward, Donaldson’s legal problems began when a contractor took him to court over failure to pay the expenses associated with the remodeling of his condominium. Then he was sued over $3,000 in unpaid credit card bills. His investment in various unsuccessful business ventures brought more creditors to his doorstep.

Donaldson’s legal problems soon got worse. In December 1985, after months of investigation by the FBI and IRS, Donaldson admitted to three felonies: tax fraud, obstruction of justice, and interstate transportation of fraudulently obtained funds. He pleaded guilty to siphoning off $190,000 from the District of Columbia government during his years on the city payroll. Donaldson was sentenced to seven years in prison, the repayment of city funds, and a fine of $15,000. He was released from prison after three years and returned to political and business consulting which he continued with only slight success in Washington, D.C. until retiring in 2006. Ivanhoe Donaldson died from cancer on April 3, 2016, in Washington, D.C. He was 74.