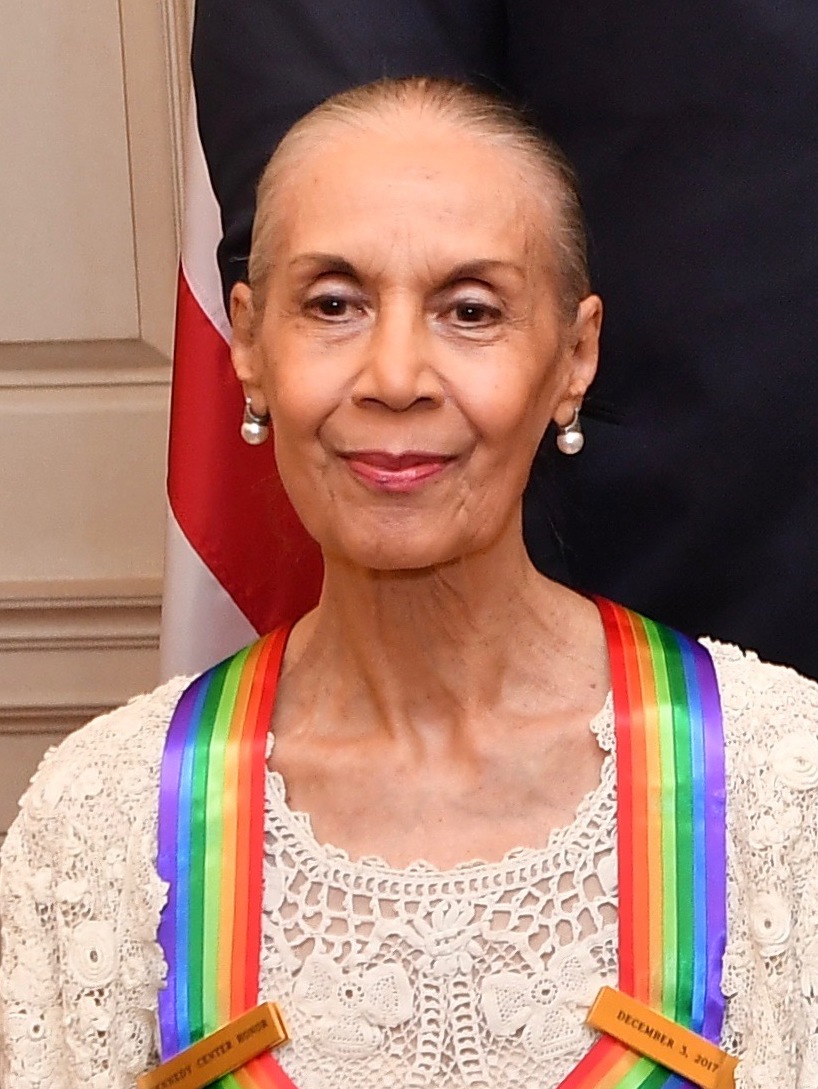 Legendary dancer, choreographer, and actor Carmen de Lavallade came to prominence in the early 1950s when black artists came into their own in the world of American dance on Broadway, in film, and on television.

After joining the Lester Horton Dance Theater in 1949, de Lavallade became its lead dancer in 1951.  Besides taking private ballet lessons with Carmelita Maracci, de Lavallade also studied a variety of dance styles, and took acting lessons with Stella Adler.  De Lavallade got dancing parts in several Hollywood movies early in her career, including Demetrius and the Gladiators and Carmen Jones.

In 1954, after being invited to dance in the Broadway musical House of Flowers by the choreographer for Carmen Jones, Herbert Ross, de Lavallade set off for New York with Alvin Ailey, a friend and classmate at Thomas Jefferson High School in Los Angeles.  Another cast member of House of Flowers, dancer and actor Geoffrey Holder, became de Lavallade’s husband in 1955.

One of de Lavallade’s signature pieces, Come Sunday, was choreographed with Holder. In 1956, de Lavallade danced at the Metropolitan Opera in Aida and in Samson and Delilah, roles she inherited from her cousin, Janet Collins. That same year de Lavallade made her television debut in John Butler’s ballet Flight.

Two months after de Lavallade’s son, Leo Anthony Lamont Holder, was born in 1957, she went back to work.  In 1957, de Lavallade danced in a television musical allegory by Duke Ellington, A Drum Is a Woman.  In 1958, de Lavallade danced in Alvin Ailey’s evocative Blues Suite, an ode to African American life in the South.  The following year she performed with Harry Belafonte in Robert Wise’s film noir, Odds Against Tomorrow. John Butler created the iconic ballet Portrait of Billie for de Lavallade in 1960.  Five years later she danced in Agnes de Mille’s productions at the American Ballet Theatre.

In 1971, de Lavallade joined the Yale School of Drama as its performer-in-residence and choreographer, eventually becoming a professor there.  In the early 1990s, de Lavallade returned to the Metropolitan Opera Ballet to choreograph Die Meistersinger and Porgy and Bess.

Awards bestowed on de Lavallade have included an Actors’ Equity’s St. Clair Bayfield Award in 1978, the Rosie Award and the Bessie Award, both in 2006, and the Capezio Dance Award in 2007.  In 2007, de Lavallade also received an honorary Doctor of Fine Arts from Juilliard.

In 2012, de Lavallade was back on Broadway in a revival of A Streetcar Named Desire. She resided in New York City with her husband and collaborator, Geoffrey Holder, until his death in 2014. More recently, she received the Kennedy Center Honors Award in 2017.