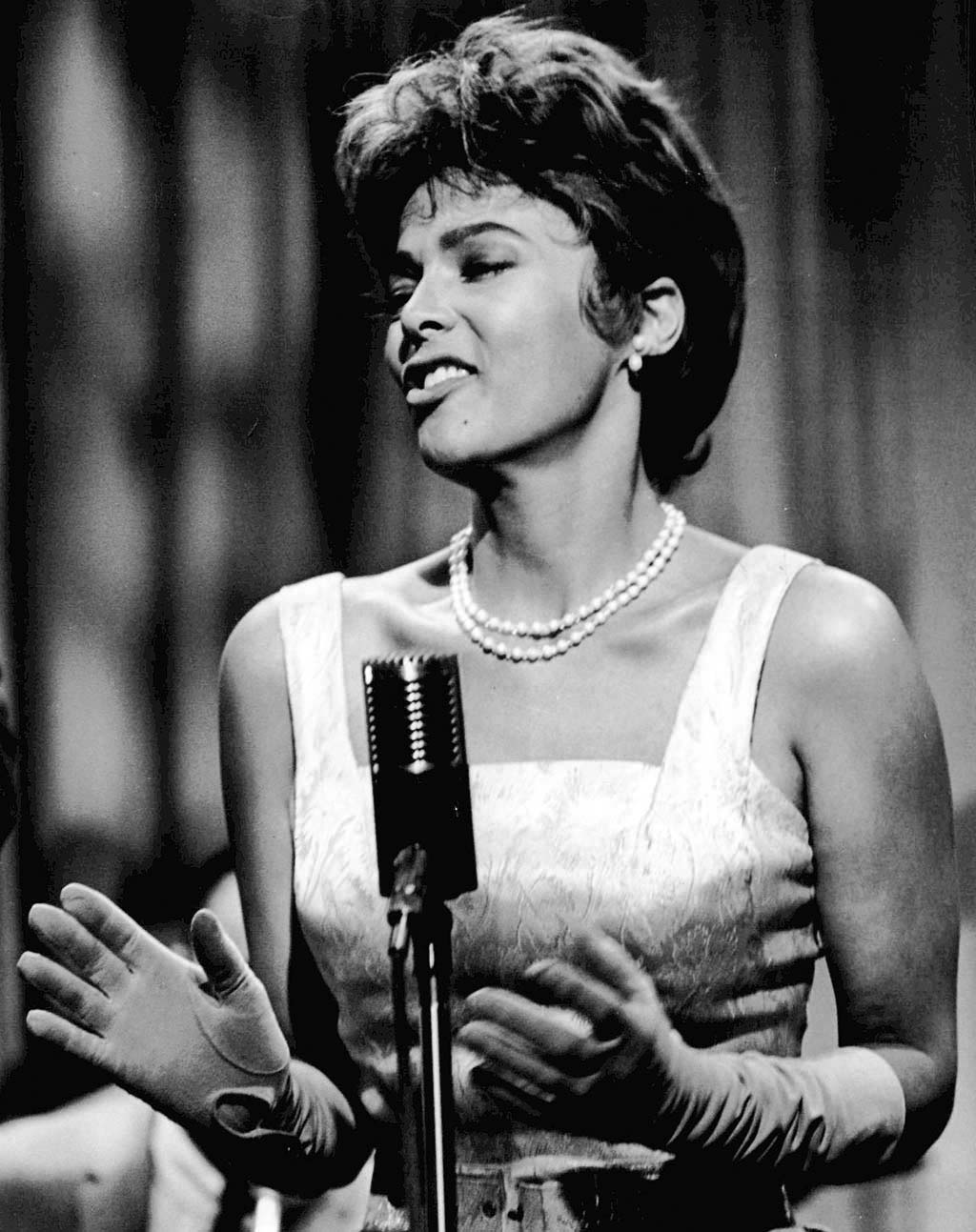 Dorothy Dandridge, born on November 9, 1922 in Cleveland, Ohio, was a superb actress, singer and dancer who became a national and international star, and the first African American female actor nominated for both an Academy Award for Best Actress (Carmen Jones) and later a Golden Globe for her performance in Porgy and Bess. She also showcased her singing and dancing talent in Las Vegas, Nevada during the 1950s where a portion of “D” Street that runs through the Westside black community was renamed for her.

Dorothy and her slightly older sister Vivian were called “The Wonder Children” when their mother, Ruby Dandridge, a former entertainer, launched them into show business as young children. They sang in black churches around the country during the Great Depression. As economic conditions deteriorated, Ruby moved them to Hollywood, California to promote their careers. After changing their group name and teaming with a school friend, Etta James, the “Dandridge Sisters” garnered moderate success there before achieving acclaim in New York at the famed Cotton Club, and also in Europe.

Dandridge’s career path had seemingly been designed by Lena Horne, but she created her own legacy by achieving greater if more brief success as a movie actress. However, unlike Horne, Dorothy Dandridge succumbed to the depths of Hollywood exploitation. Film studios recognized her considerable acting talents but—to her detriment—promoted a sultry and sexy persona for her. She lived in an era when black actresses and actors were denied equal footing with leading white actresses and actors, limiting their ability to demonstrate the full dimensions of their acting skills.

Although she achieved success as an entertainer, the same cannot be said about her personal life. Both of Dandridge’s marriages—first to Harold Nicholas from 1942 to 1951, and then to Jack Denison from 1959 to 1962—ended in divorce. Her first marriage to Harold Nicholas (of the famous Nicholas Brothers dancers) particularly distressed her because she had to cope with her husband’s many affairs, as well as the care of a disabled daughter, Lynn, who needed round-the-clock assistance. Nevertheless, she found a way to keep her Hollywood career afloat.

Her dalliances, particularly her affair with the famed and married white movie director Otto Preminger, also contributed to her personal woes. Preminger, ostensibly her favorite among many white suitors, refused to leave his wife after a four-year relationship with Dandridge. Even for a man of Preminger’s power and stature in Hollywood, a permanent relationship with a black star was too risky.

Dandridge endured other trials. Between 1947 and 1958, the FBI monitored her professional affiliations and activities. She was questioned by the agency about her interactions with the NAACP and groups such as the Progressive Citizens of America. Red Scare-era newspaper stories about her political activities restricted her acting career.

In 1965 Dorothy Dandridge was found dead in a Hollywood apartment from an overdose of prescription drugs. The actress was 42.