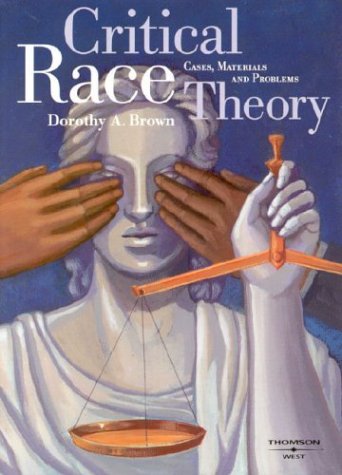 This article is sponsored by The Roosevelt Alumni for Racial Equity (RARE)to acknowledge this individual’s commitment to our goals of promoting racial equity in public and private schools across the nation.

In the article below, legal scholar Malik Simba explains the development of Critical Race Theory, the legal concept that has now become one of the most hotly debated topics in the ongoing cultural wars in the United States between political conservatives and political liberals. The current debate focuses on whether Critical Race Theory is or should be taught in public schools. Professor Simba, however, weighs in on the concept’s history, showing that it was never intended to be a teaching tool in the public schools of the United States.

Critical race theory assumes multiple ideas, such as 1.) racism is an essential element of American culture, 2.)  White over Black involves not only material social relations but also has an immense ideological presence in society, 3.) This presence is what critical race theorists call “racism as a social construct” where individuals are limited in their free agency because they are bound, in part, by their particular social class, and 4.) law is an important glue that legitimizes the hierarchy of race, class, and gender inequality.

Critical race theory has its intellectual roots in the ideas of legal realism scholars of the late 19th and early 20th centuries, such as Oliver Wendell Holmes, Karl Llewellyn, and Benjamin N. Cardozo. In 1881, U.S. Supreme Court Justice Oliver W. Holmes wrote The Common Law, which stated, “The life of the law has not been logic, but experience. The felt necessities of the time, the prevalent moral and political theories, institutions of public policy, avowed or unconscious, even the prejudices which judges share with their fellow-men, have had a good deal more to do than [the idea of equality before the law] in determining the rules by which men should be governed.”

In 1907, Supreme Court Chief Justice Charles Evans Hughes wrote that rather than an impartial document protecting the rights of all, “the Constitution is what the judges say it is.” In 1920, U.S. Supreme Court Justice Benjamin M. Cardozo wrote in The Nature of Judicial Process that the legal profession should recognize and understand “sociological jurisprudence,” the impact of societal norms on the law.  The passage of Progressive-era social legislation represented the growing consensus that legal realism rejected the earlier liberal concept that Lady Justice is blind.  The legal scholar Karl Llewellyn, of Yale and Columbia Law schools, in 1930 published “A Realist Jurisprudence—The First Step,” and in the same year another legal scholar, Jerome Frank who taught at Yale Law School, observed, “Law may vary with the personality of the judge who happens to pass upon any given case.” For the legal realists of the first decades of the 20th Century and their intellectual heirs today in Critical Legal Theory and Critical Race Theory, “Lady Justice” always peeks through filters and sees the social condition and social relations from which case law emerges, not blind justice. These legal realists laid the foundation for today’s Critical Race Theorists.

Critical Race Theory and Critical Legal Theory appeared within scholarly writing almost simultaneously in the 1970s.  As Critical Race Theory legal scholars interacted in conferences across the U.S., they welcomed a variety of non-legal influences ranging from Marxist theorist, Antonio Gramsci, to recently deceased social and political activists such as Malcolm X and Martin Luther King.

Harvard Law Professors Derrick Bell and Alan David Freeman of the University of Buffalo Law School emerged as the earliest proponents of Critical Race Theory following the publication of two influential articles.  Bell, formerly a civil rights attorney during the 1960s, published “Serving Two Masters: Integration Ideals and Client Interests in School Desegregation Litigation” (1976) while Freeman penned “Legitimizing Racial Discrimination through Antidiscrimination Law: A Critical Review of Supreme Court Doctrine” (1978).  Bell in his essay observed, “The quest for symbolic manifestation of new rights and the search for new legal theories have often failed to prompt an assessment of the economic and political conditions that influence the progress and outcome of any social reform improvement.”  Freeman observed that “The color-blind theory has never [been] the law; the Supreme Court has, in fact, explicitly upheld the use of racial classification on a number of occasions.”

At this time, University of Colorado Law Professor Richard Delgado became a prominent voice along with University of Oregon Law School Dean Derrick Bell, who in 1987 published And We Are Not Saved: The Elusive Quest for Racial Justice. Two years after the conference (1991), Columbia University legal scholar Patricia Williams published The Alchemy of Race and Rights, and Bell published a second book, Faces at the Bottom of the Well in 1992.  In 1994, Richard Delgado wrote, in Sage Race Relations Abstracts, a penetrating essay entitled “Critical Race Theory.”  Harvard Law Review became the literary voice for many Critical Race Theorists’ publications.  However, one could argue that Derrick Bell’s 1980 case-law primer, Race, Racism and American Law, was the opening statement for what would emerge as Critical Race Theory.  One dissenting voice against this movement was Professor Randall L. Kennedy of Harvard Law. Kennedy, in his essay “Racial Critiques of Legal Academia” (1989), noted that Matsuda, Bell, and Delgado all “stereotype scholars . . .” that “we all look alike. . . .”  For Kennedy, any agreed upon theory negates the individuality of honest legal discourse.

Just as Critical Race Theorists included non-legal scholars to advance their arguments, some of them recognized the power of stories and narratives to push back against dominant legal theories that reinforced unequal power relationships between social classes. Richard Delgado, writing in 1989, argued that since “…it is the prevailing mindset by…members of the dominant group [to] justify the world as it is, with whites on top and browns and blacks at the bottom…. Stories, parables, chronicles, narrative are powerful means for destroying that mindset….”

Derrick Bell’s 1985 article, “The Civil Rights Chronicles: The Chronicle of the DeVine Gifts,” was a response to a harshly critical letter from a non-student, DeVine Taylor. Bell’s other writings use parables and stories to explain why he took a leave of absence with a forfeiture of salary from Harvard Law because of the law school not hiring enough women faculty of color. Bell wrote about how Black students supported his position and protested. Two student protest leaders, Kimberle Crenshaw and Mari Matsuda, were matriculating law students.  To explain his position, he wrote Confronting Authority: Reflections on an Ardent Protester(1994). Five years later, Michael A. Olivas supported Bell in his noted essay “The Chronicles, My Grandfather’s Stories, and Immigration Law: The Slave Traders Chronicle as Racial History” (1990). Professor Olivas discusses his grandfather’s stories of the need to work hard and sacrifice. He was a folklorist and used the term “sin verguenza” or shameless and without honor when referring to Anglo-Texans and their white supremacy.  Olivas wrote, “Folklore and corridos . . . and the Chronicles will inform racial jurisprudence . . . rendering of United States racial history . . . and immigration practices.”

Critical Race Theorists recognize that narratives encased within judicial and legislative semantics reveal race, class, and gender interests. This point is illustrated by the famous dissent by Justice John Marshall Harlan in Plessy v. Ferguson (1896): “Our Constitution is color blind,” Harlan declared.  He then prophetically warned that the words “separate but equal” would “…stimulate aggressions…upon the admitted rights of the colored citizens.”

Ninety-three years later, conservative Justice Anthony Scalia, in the 1989 case City of Richmond v. J. A. Croson Co., used Harlan’s idealistic words that the Constitution is color blind to argue for a retrenchment against expanded Black civil rights. Scalia, repeating Harlan’s words but with a very different goal in mind, said, “Discrimination on the basis of race is illegal” because “our Constitution is color-blind,” thus ending the efforts of a Southern city to upend the consequences of centuries of racial discrimination.

While Critical Race Theorists are principally known for examining the law and its execution to detect the role of race in reinforcing existing social structures in White-Black relations, they were also the first legal scholars to promote the idea of intersectionality, “literally going beyond the Black-White paradigm to examine the range of oppressions affecting a variety of racial, ethnic, and gender groups who ironically form the majority of the U.S. population.” These theorists, beginning in the 1990s, explored the complexity of these often overlapping and intersectional oppressions.  Note the following titles: Lisa C. Ikemoto, “Trace of Master Narrative in the Story of African American/Korean American Conflict: How We Constructed Los Angeles” (1993); Francisco Valdes, “Sex and Race in Queer Legal Culture: Ruminations on Identities and Interconnectivities” (1995); Darren Lenard Hutchinson, “Out Yet Unseen: a Racial Critique of Gay and Lesbian Legal Theory and Political Discourses” (1997);  Juan F. Perea, “The Black/White Binary: Parading of Race” (1997); and Angela P. Harris, “Race and Essentialism in Feminist Legal Theory” (1990).

In essence, Critical Race theorists seek to explain why liberal legal formalism centered on the idea of “color-blind” justice is dead.  Yet, more than simply deconstructing the myth of blind justice, they pose the more crucial question: Does law have the capacity to resolve the social condition of inequality impacting America’s dispossessed groups by race, class, and gender.

From the 1970s to the early 1990s, discussions of Critical Race Theory were generally confined to law-school classrooms and major law journals.  One incident in 1993, however, brought Critical Race Theory into the national debate.  That year, Lani Guinier, a graduate of Yale Law School who had held tenured professorships of law at both Harvard Law School and University of Pennsylvania Law School, was nominated by fellow Yale classmate and newly elected President Bill Clinton to be Assistant Attorney General.

Professor Guinier was a proponent of using innovative legal techniques to expand voting rights and to diversify students and faculty within colleges and universities. Her Republican opponents, however, mounted a slanderous attack on her via her published works, accusing her of embracing Critical Race Theory. From that point, Critical Race Theory became a battleground immediately in the larger cultural wars over racial and gender diversity and affirmative action but ultimately over the entire debate about what constitutes racial justice in the United States. By the last years of the Presidency of Donald Trump, it emerged as the battleground in the ongoing culture wars, prompting discussions and demonstrations about its place in the U.S. educational system.

Critical Race Theory has had a strange intellectual history which has meandered through numerous legal minds as well as within social movements. The intelligentsia of these movements have attempted to use Critical Race Theory to indict law as the legitimizing cultural social structure which cements the social conditions and social relations of oppression.  The question of whether they will succeed in persuading the larger legal community or the larger American society that their interpretation is correct is now a matter of intense ongoing debate.