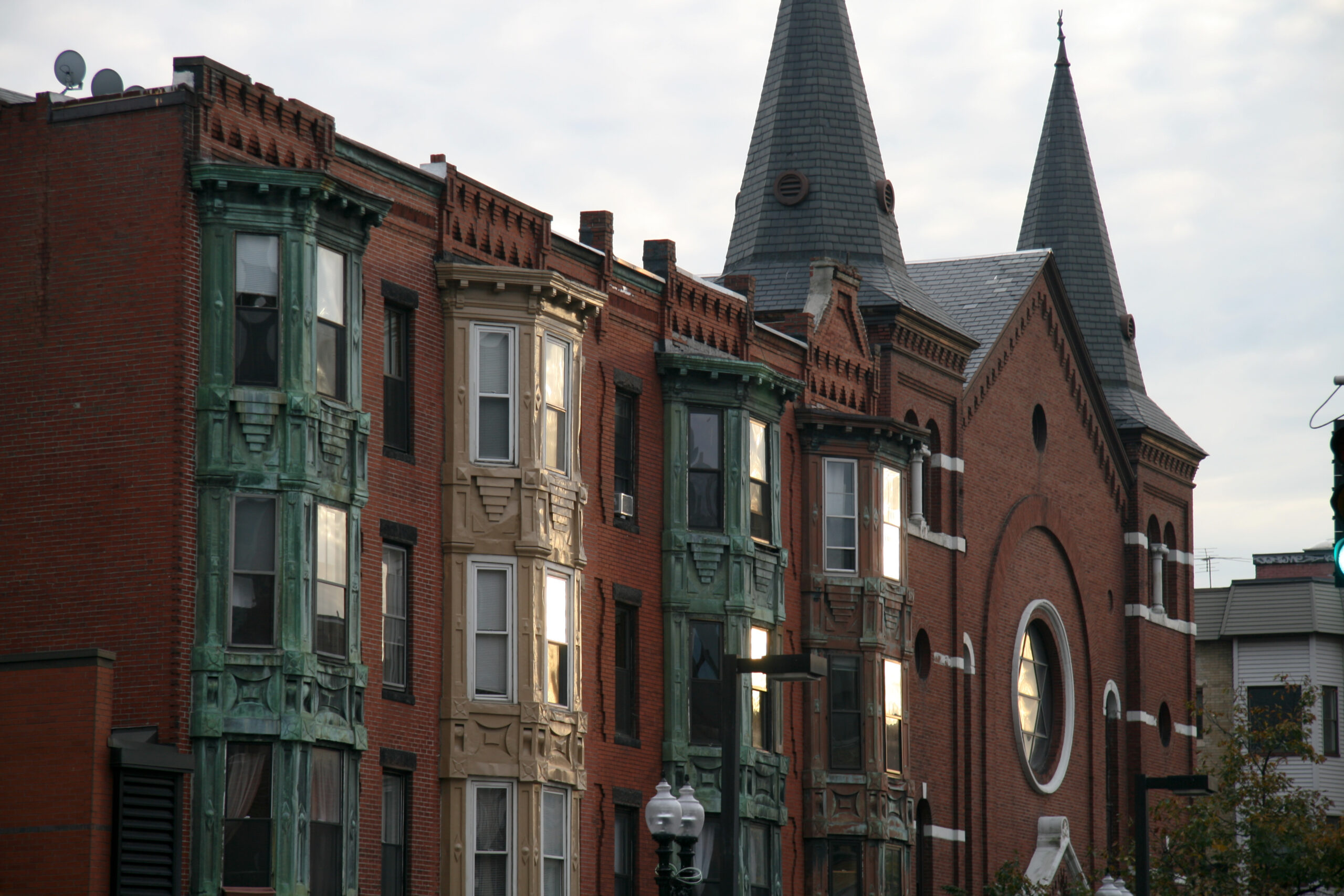 The Columbus Avenue African Methodist Episcopal (A.M.E.) Zion Church in Boston, Massachusetts is most famous as the site of the July 30, 1903 Boston Riot. Although it is not the oldest African American church in the state of Massachusetts, it represents a critical moment in early 20th century African American politics.

Seventeen members of the African American Revere Street Methodist Church broke away to form Boston’s A.M.E. Zion Church in 1838. The church was originally located in the Beacon Hill North Slope area of Boston. Rev. Jehiel C. Beman served as A.M.E. Zion’s first minister. Beman was an elite member of the New England free black community as well as a temperance activist and abolitionist.

Beginning in 1865, prominent abolitionist Eliza A. Gardner helped the church raise funds to relocate to a larger space. She went on to become a long-time church member of seventy-five years. Although A.M.E Zion occupied various buildings throughout the years, it finally moved to Columbus Avenue in Boston’s South End in 1902, occupying a building that was previously Adath Israel synagogue. Many of the church’s members during this period were migrants from the South.

Shortly after relocating to Columbus Avenue, the church became the site of contest between the Boston newspaper editor William Monroe Trotter and Tuskegee Institute’s Principal (President) Booker T. Washington. Trotter had been critical of Washington’s more accommodationist stance for some time. When word got out that the National Negro Business League’s Boston Branch was holding its meeting at the Columbus Avenue Church and would feature Booker T. Washington and Thomas T. Fortune, a large crowd assembled, anticipating conflict.

Supporters of Washington and Trotter clashed after Trotter disrupted the proceedings, asking Washington nine contentious questions. Disorder ensued, some sustained injuries, and Trotter and two others were ultimately arrested. Questions were later raised about the role of Boston-area Washington supporters who alerted police before the meeting began with the intent of preventing Trotter and his supporters from embarrassing Washington.

While the incident was not a riot per se, the event became known as the Boston Riot of 1903. It was formative in the development of the Niagara Movement, a radical civil rights group headed by Trotter and W.E.B. DuBois. The reaction to the incident cemented DuBois as a member of Niagara although he was not present at A.M.E. Zion on July 30th. It also hoisted Trotter to center stage as a symbol of opposition to the “Tuskegee Machine” in the African American community.