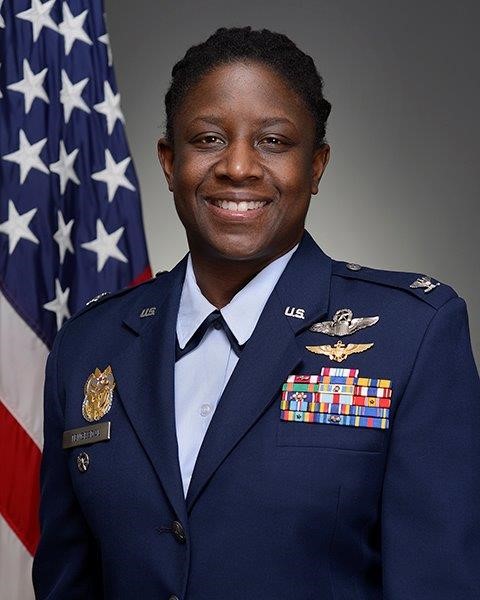 Tengesdal was born Merryl David in 1971 in the Bronx, New York. She excelled in math and science classes in grade school and high school and graduated from the University of New Haven in Connecticut in 1994 with a Bachelor of Science in electrical engineering. She completed U.S. Navy’s Officer Candidate School in 1994.

In her first assignment as a naval aviator at Naval Station Mayport in Florida, Tengesdal flew the SH-60B Seahawk helicopter, a derivative of the Army’s UH-60 Black Hawk. The SH-60B Seahawk, is used for anti-submarine warfare, search and rescue, anti-ship warfare, drug interdiction, cargo lift and special operations.

Tengesdal participated in combat operations for the U.S. Navy from 1997 to 2000 in the Caribbean, South America, and the Middle East. That experience led her to become an instructor pilot on the T-6 Texan II for the Joint Student Undergraduate Pilot Training program at Moody Air Force Base in Georgia in the early 2000s She then cross-commissioned in the U.S. Air Force in 2004 and after undergoing the rigorous U-2 pilot training program for nine months and conducting training missions aboard the TU-2S, Tengesdal emerged as one of few to qualify to fly the Lockheed U-2S Dragon Lady at Beale Air Force Base in Northern California.

While stationed at Beale Air Force Base, Major Tengesdal was 9th Reconnaissance Wing Chief of Flight Safety and 9th Physiological Support Squadron Director of Operations. She later served as Commander of Detachment 2 WR/ALC in Palmdale, California where she was in charge of flight test and Program Depot Maintenance for the U-2S aircraft. Tengesdal later worked at the North American Aerospace Defense Command (NORAD) and U.S. Northern Command (NORTHCOM) J8 staff. She returned to Beale AFB in 2013 as a Lieutenant Colonel and became the Deputy Operations Group Commander then Inspector General of the 9th Reconnaissance Wing. She was the Director of Inspections for the Inspector General of the Air Force at the Washington D.C. Pentagon from 2015 to 2017 before retiring from the Air Force in 2017 as a Colonel.

Colonel Merryl Tengesdal broke racial and gender barriers as a U-2 pilot in a field that is still dominated by white males. As such she is an inspiration to young women and particularly young black women.