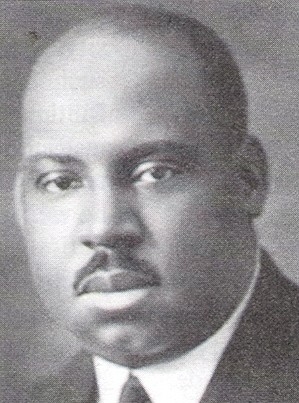 Albert I. Cassell
Fair use image

Albert Irving Cassell, a prominent African American architect, planner, engineer, educator, and entrepreneur, was born on June 25, 1895, in Towson, Maryland.  His parents were Albert and Charlotte Cassell.  Albert’s father was a coal truck driver and trumpet player and his mother washed laundry to help with the family finances.  Albert himself had three wives and children by each of them for a total of six children and two step-children.  Cassell’s education began in a Baltimore public elementary and high school.  He later moved to Ithaca, New York and enrolled in a city high school there.  He was admitted into Cornell University for college, where he worked on campus to pay for his tuition.

Before Cassell could complete his college education, he served in the United States Army during World War I from 1917 to 1918.  Commissioned a second lieutenant in the heavy field artillery, he served as a training officer in France.  After his brief stint in the military, he returned to Cornell University and completed his bachelor’s degree in architecture in 1919.  His first project included the design of five buildings at the Tuskegee Institute with fellow architect William A. Hazel. In 1920, he designed silk mills and other industrial plants in Bethlehem, Pennsylvania.  Later that year, Cassell joined the Architecture Department of Howard University as an assistant professor.

Throughout his tenure at Howard University, Cassell designed projects that helped shape the physical growth of Howard University.  In 1930, he produced the master plan for the expansion of the campus.  He then set about purchasing the land around the university in order to execute his plan.  Cassell helped to design and construct the medical school, dining hall, gymnasium, stadium, chemistry building, power plant, and underground power distribution system, the Founders Library, the Frederick Douglass Memorial Hall, and three women’s dormitory buildings.  During this period, Cassell also designed buildings at Virginia Union University in Richmond and Morgan State College in Baltimore.  Cassell also laid a strong foundation for a strong and successful architecture program at Howard University.  In 1934, he presided over the creation of the College of Engineering and Architecture at the university.

Albert Cassell left Howard University in 1938 and pursued the development of an unsuccessful planned community for African Americans on the shore of the Chesapeake Bay.  Committed to creating attractive and well designed public housing, he led the development of the Mayfair Mansions Project and the James Creek Alley Housing Development in Washington, D.C.  He also designed civic buildings for the state of Maryland and the District of Columbia and participated in other projects at Washington National (now Reagan) Airport and the Pentagon.  Albert Cassell, a member of Alpha Phi Alpha Fraternity, died in Washington on November 30, 1969.