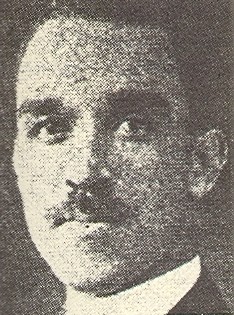 Benjamin Griffith Brawley was a college professor, author and the first dean of Morehouse College. Born in 1882 in Columbia, South Carolina to a middle class family, Brawley was the second son of Edward McKnight Brawley and Margaret Dickerson Brawley. His father was a clergyman and taught at Benedict College. The Brawley family moved several times throughout Brawley’s childhood and he attended several different schools in Tennessee and Virginia, though he credited his parents as his first teachers.

Brawley enrolled at Atlanta Baptist College’s (renamed Morehouse College) preparatory department when he was 13 years of age. He excelled in his classes, especially English, and he often tutored other students. In addition to his studies, he was captain of the football team and helped another student found the journal, the Athenaeum (in 1925 it became the Maroon Tiger).

In 1901 Brawley received his baccalaureate degree from Morehouse College and began teaching in a rural school in Georgetown, Florida. After a year in Florida, he was appointed instructor of English and Latin at Atlanta Baptist. In 1907 he received another baccalaureate degree from the University of Chicago and the following year received a master’s degree from Harvard. He was then given the position of professor at Morehouse College where he stayed until 1910, when he moved to Howard University.

In July of 1912 Brawley married Hilda Damaris Prowd. That same year he returned to Morehouse as an English professor and also the school’s first dean. He stayed at Morehouse until 1920. He then joined his aging father in Raleigh, North Carolina at Shaw University until 1931.

In 1931, Brawley was asked to come back to Howard due to recognition of his achievements as a professor, scholar, and poet. In 1927 he was awarded the Harmon Foundation’s second place award for excellence in education, which he declined. Many of his students thought he should have received first place.

Throughout his scholarly career, Brawley had published several books, including A Short History of the American Negro (1921) and several essays, book reviews and articles of social commentary. Some of his books were used in colleges and universities around the country and were suggested reading in schools. Most of Brawley’s works focused on the social and intellectual development of African Americans in American society and chronicling the black experience in America among the nation’s whites.  Well respected as a scholar, he was also known for his high standards and efficiency. When he became the pastor of a church in Boston, Massachusetts in 1921, for example, he started church services on time every Sunday and ended them exactly one hour later. .

Benjamin Griffith Brawley ended his scholarly career at Howard University where he remained until he died of illness following a stroke on February 1, 1939. He was fifty-six years old.