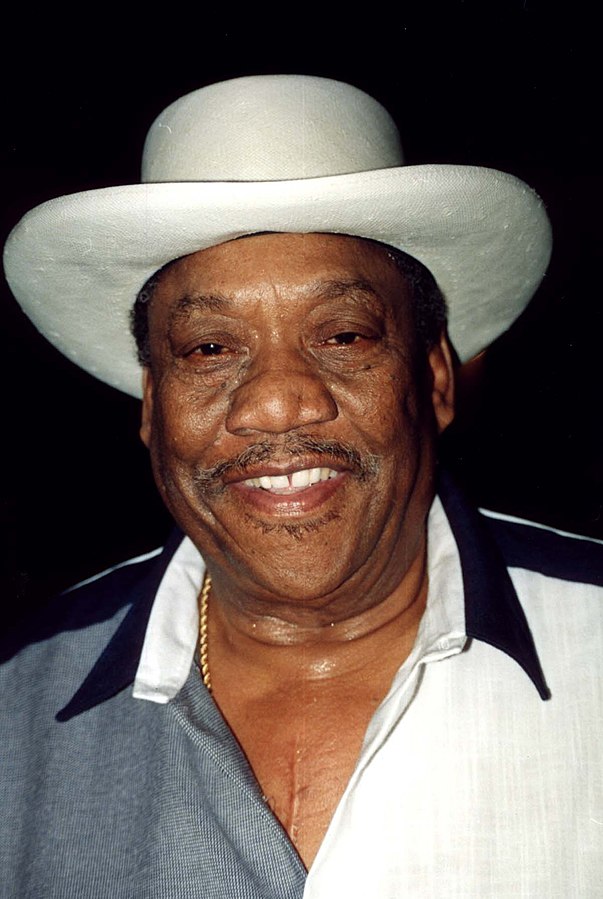 Blues singer Robert Calvin “Bobby” Bland also known as Bobby “Blue” Bland, was born on January 27, 1930 in Rosemark, Tennessee.  He then moved to Memphis, Tennessee with his mother where he started getting involved with local gospel groups.   In addition to joining the gospel groups Bland started befriending other local aspiring musicians known collectively as the Beale Streeters.   During this time Bland started recording songs but none were successful.

In 1952 Bland joined the U.S. Army.   Upon completing his service in 1954, he returned to Memphis to continue to pursue his music career.  Back in the Beale Street music scene he began touring with Little Junior Parker, a regionally known blues singer.  Although he started as Parker’s chauffeur, eventually his performing abilities were recognized and he again was allowed to record songs.

Bland’s first commercially successful release, “Farther up the Road” came in 1957 when the song reached the top 10 on the Rhythm and Blues charts.  The following year he released “Little Boy Blue” which also became a top ten recording and established Bland as a major artist in both the blues and rhythm and blues categories.  A string of hits in the 1960s including “Cry Cry Cry,” “Turn on Your Love Light,” and “I Pity the Fool” made Bland, along with B.B. King, the most commercially successful of the blues artists of that decade.

During the late 1960s Bland and his band failed to produce any major hits.  Rhythm and Blues music was now dominated by Motown Records and increasingly being   incorporated into mainstream popular music by rock groups such as the Beatles.   Bland tried and failed to achieve success with a solo career.  Depressed, he succumbed to alcohol which he was able to conquer in 1971.  Even after his sobriety he could not find the success that had seemed so easy a decade earlier.

Although Bland himself has had no major commercial successes since the release of “The White Album” in 1976, his music has been rediscovered by new generations of musicians.  His minor hit, “Ain’t No Love in the Heart of the City” was covered by Whitesnake in 1999 and appeared on Jay-Z’s 2001 album “The Blueprint.”  In addition he also has been a guest performer at numerous Van Morrison concerts.