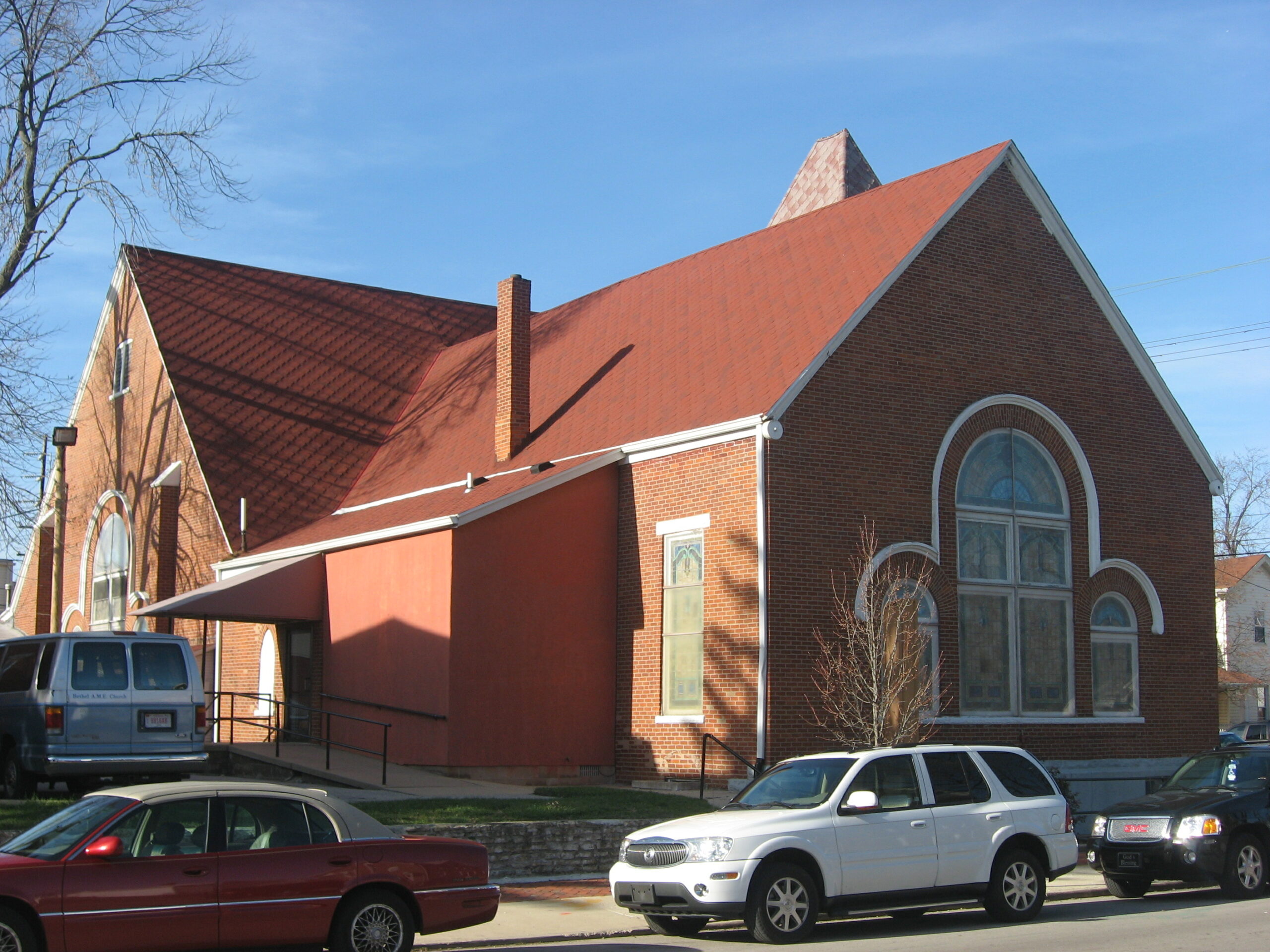 Bethel African Methodist Episcopal (AME) Church, organized in September 1836 in Richmond, Indiana, is the oldest still-operating black congregation in the state of Indiana. It was organized by AME missionary William Paul Quinn, one of dozens of churches he founded during his life; Quinn would later make his permanent home in Richmond.

The church began with 54 members.  Its first permanent building was a relocated two-story frame warehouse which was then renovated by the congregation into a church and school. In the first half of the nineteenth century, African Americans had few opportunities for state-sponsored education in the Midwest, so churches such as Bethel AME provided educational services. As a city founded and largely populated by abolitionist Quakers, Richmond was a haven for free blacks in the nineteenth century. Bethel AME Church served as the socio-cultural center of the African American community in Richmond.

In 1868, the local Hicksite Friends congregation gifted to Bethel AME its church building at 200 South Sixth Street in Richmond when the Friends new meetinghouse was completed. The church maintains its location there today. The building donated by the Friends was originally built for the local German Methodist Church in 1854. In 1869, the Bethel AME congregation purchased the lot the building stands on from the German Methodist Church, which had continued maintaining official ownership to that point.  Bethel AME purchased the lot for $3,500.

In 1891, James W. Townsend, the former United States Recorder of Deeds in the General Land Office during the administration of President Benjamin Harrison, was appointed pastor of Bethel AME. Under his leadership, the congregation spent three years remodeling the church building from a simplistic classical style into an ornate Romanesque Revival style, doubling its size. The church later added additional office space.

The church’s current building is listed on the National Register of Historic Places.