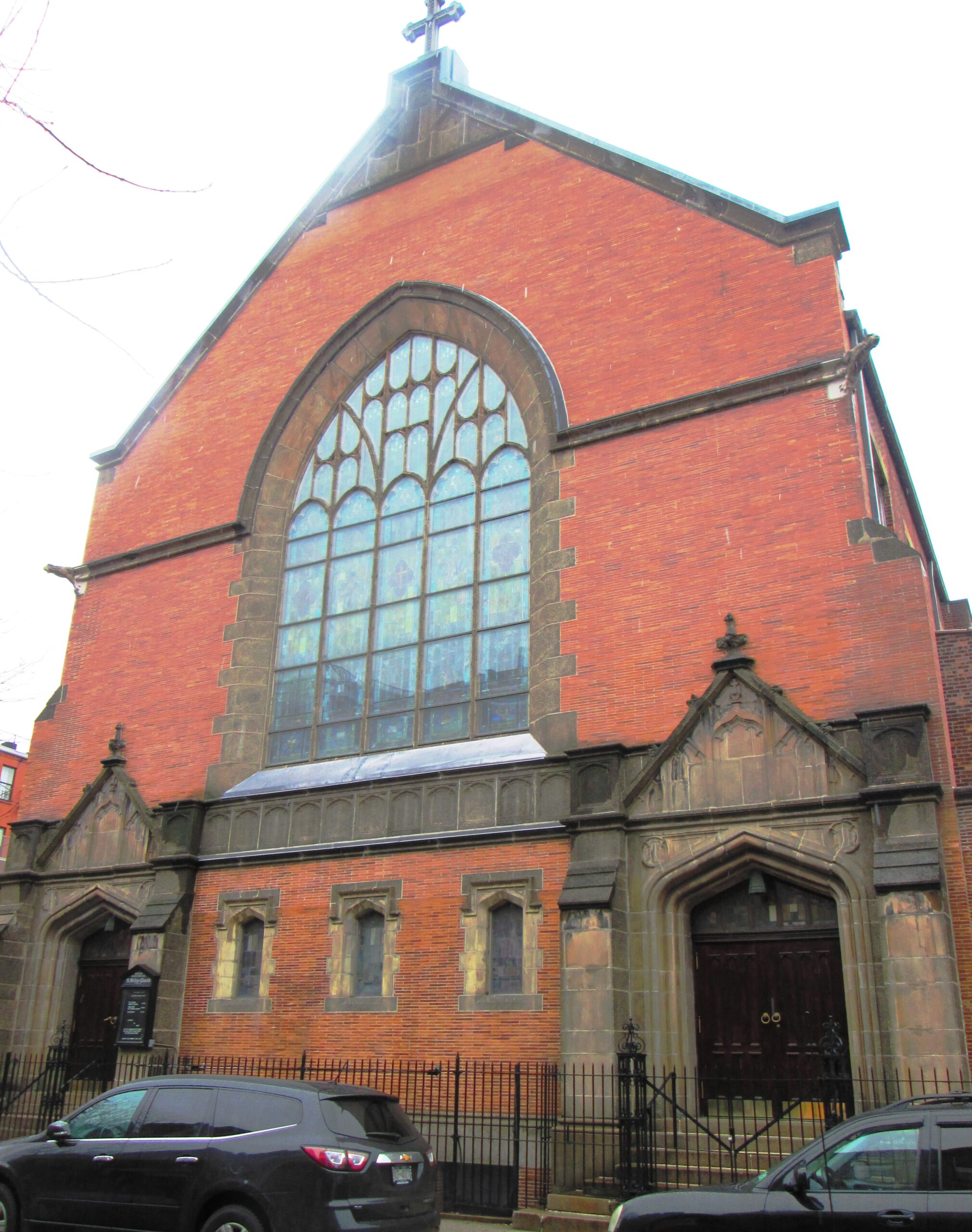 St. Philip’s Protestant Episcopal Church was the first African American Episcopal parish in New York City, New York.  It was also one of the largest Christian congregations in the United States at one time.

The church originated from the meetings of a group of free African Americans and slaves who had been worshipping at the Trinity Church on Wall Street for nearly a century.  They withdrew however in 1809 and renamed themselves the Free African Church of St. Philip.  Nine years later in 1818 they laid the foundation for St. Philip’s Episcopal Church on Centre Street in Lower Manhattan.  The wooden structure burned down in 1822 and was replaced by a stone building.  The newer church would undergo two more reconstructions during its existence: first in 1834 when irate whites attempted to destroy the building and again in 1863 after New York City officials used the edifice as a militia barracks during draft riots. In 1886, the church relocated to 25th street.

St. Philips was once again rebuilt in 1910 in what is now its current location on 134th Street in Harlem.  The building was designed in the Neo-Gothic style by highly-regarded African American architects Vertner Woodson Tandy (the first African American architect licensed to practice in New York State) and George Washington Foster (among the first licensed by the State of New Jersey) of the firm Tandy & Foster.

St. Philip’s added a Parrish House Community Center in 1970.  The center, constructed at a cost of $2.5 million, is a 36,000 square foot building that housed the church’s day care center, gymnasium, and space for its community outreach and social services programs.

St. Philips was added to the National Register of Historic Places in 2008. It also boasts the title of a New York City Designated Landmark as of 1993, based on the significance of its history, architecture, and cultural contributions according to the Landmarks Preservation Commission of New York City.

St. Philips Protestant Episcopal Church has always been far more than an important historical landmark.  Starting with its first rector Peter Williams, Jr., a prominent abolitionist who led the church from 1826 to 1840, St. Philip’s would play a major role in the twin campaigns to end slavery in the South and guarantee civil rights to black New Yorkers.

St. Philips has been the spiritual home to tens of thousands of African American New Yorkers over the past two centuries.  As one of the first black churches to relocate uptown to Harlem, it paved the way for that community to become the center of black political and cultural life in New York City and arguably for the entire nation.