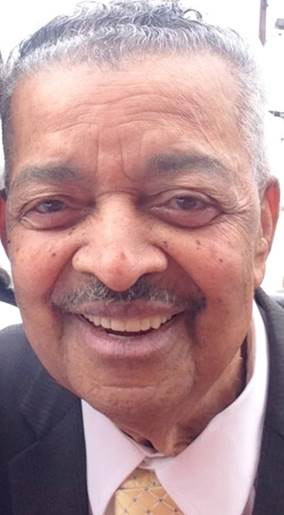 Lasker Bell
Courtesy of Kendall Ashley and the Bell Family, Fair use image

Lasker Bell Sr. was the founder and host of the Las Bell Variety Show a radio program on the air from 1967 to 1985. Bell was also one of the most prominent black television personalities in the Arkansas-Louisiana-Mississippi region. Bell held public affairs appointments under two Arkansas governors: David Pryor and Frank White.

Lasker Bell was born in Homer, Louisiana, on May 21, 1928, the son of Union Bell and Bethena Randolph. He was raised by Frank and Irene Brooks, his maternal grandparents, who were sharecroppers. Bell himself worked with his grandparents.  He dropped out of school in the eighth grade and, in 1944, relocated to Camden, Arkansas seeking better employment opportunities. He briefly resided in Hastings, Nebraska during World War II before returning to Camden in 1945.  Bell worked in the Camden area until he was drafted into the United States Army in 1950 at the age of 22.  Bell was honorably discharged as a corporal in 1952 and returned to Camden where he continued to work in various unskilled labor jobs.

In 1967 Bell’s life took a dramatic turn when Sonny Daye, the owner of radio station KJWH in El Dorado, Arkansas, hired Bell to host the station’s first soul music radio show. Bell, however, wanted to reach a larger audience, so he pitched the idea of a summertime television program to producers of KTVE, Channel 10 in El Dorado. Bell envisioned a weekly musical showcase similar to nationally syndicated American Bandstand, supported by a live audience of young people.

In 1970 Bell got his wish when the Las Bell Variety Show became a part of KTVE’s weekly lineup. At the time Bell was the only black television host between Memphis and Dallas and the only host in a three-state area who was not in a major city. The Las Bell Variety Show, which aired a year before nationally syndicated Soul Train, drew high school students from Arkansas, Louisiana, and Mississippi and received a range of local and national sponsors ranging from the Ouachita Valley Dairy to Coca-Cola.  From 1970 to 1973, the show aired on Saturdays from 12:00 noon to 1:00 p.m. and included dancing to a variety of musical genres: top twenty, soul, and hard rock as well as live group performances.

In 1974 Bell became the first black interviewer for Channel 10 News in 1974 and the following year he added a gospel show to his radio program. The Las Bell Radio Show remained on air until station ownership changed in 1985.

Bell was also active in a number of community groups and causes.  He served on the executive board of the Arkansas Council on Human Relations in Ouachita County, founded the black Elks Club in Camden, was an ambassador of the Red Coat Human Relations Council, and served on the governing boards of South Central Arkansas Community Action Authority and the Bi-racial Committee for the Camden Public Schools.  In 1977, Bell was appointed to the Human Resources Commission by Governor David Pryor and was reappointed by Governor Frank White.

Bell is married to Joyce Bell, formerly Joyce Harris, and they have four children. Bell is retired and still resides in Camden.