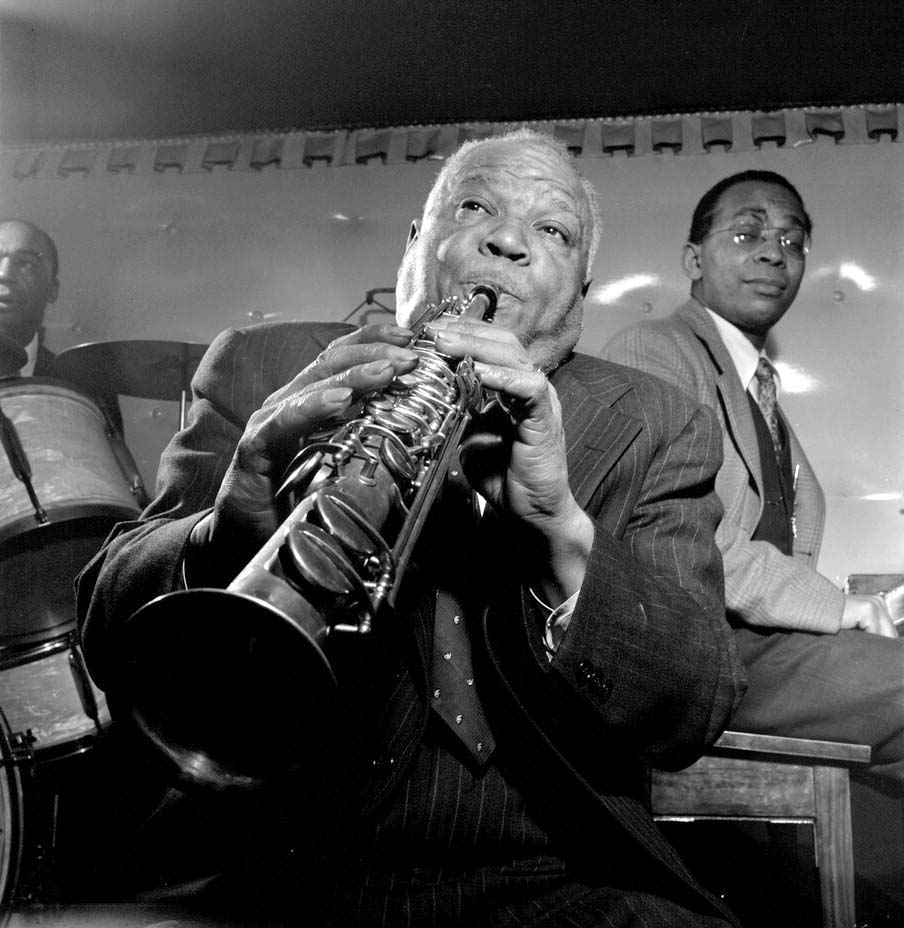 Soprano saxophonist and clarinetist Sidney Bechet was one of the most important soloists of early jazz. Together with Louis Armstrong, he was the first to develop the loose, fluid rhythmic style that set jazz apart from ragtime and that came to be known as “swinging.”

Sidney Joseph Bechet was born on May 14, 1897 to a middle-class Creole family in New Orleans. He began playing clarinet at age six, and although he studied briefly with such legendary early New Orleans clarinetists as George Baquet and Lorenzo Tio, Jr., he was mostly self taught. By the age of twenty, when he left New Orleans for Chicago, Bechet had played with nearly every major figure in early jazz, including Joseph “King” Oliver, Bunk Johnson, and Freddie Keppard.

In 1919, composer and conductor Will Marion Cook asked Bechet to join his Southern Syncopated Orchestra on a tour of Europe. Upon hearing Bechet for the first time, Swiss conductor Ernest Ansermet called him “an artist of genius.” While in London with Cook’s group, Bechet purchased a soprano saxophone, which soon became his primary instrument, although he continued to play clarinet as well.

Bechet made his first recordings in 1923 and 1924 with Clarence Williams’ Blue Five, which also featured Louis Armstrong and are among the most remarkable recordings in early jazz. He worked for three months in 1924 with Duke Ellington, making a powerful impression that had important impact on the early Ellington style. After a period of extensive travel throughout the U.S.A. and Europe, Bechet fell into obscurity in the 1930s, as musical styles and tastes began to change. New Orleans music experienced a revival in 1939, and Bechet was recognized as one of the great trailblazers of the music. He began recording extensively again, and in 1949 returned to Europe to great acclaim. He settled permanently in Paris in 1951, becoming a much-revered national hero, where he died on his sixty-second birthday in 1959.