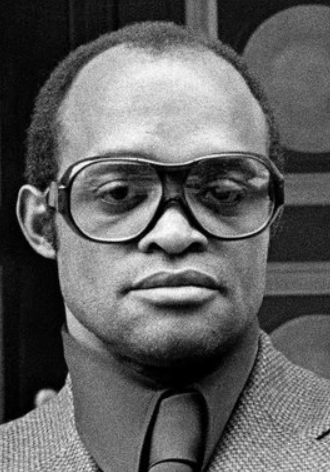 Leroy Nicholas (“Nicky”) Barnes, who was born in 1933 in Harlem, was one of the most powerful New York drug dealers of the 1970s.  His career as a drug lord began in 1965 when he was imprisoned for heroin consumption. While in Green Haven Correctional Facility in Dutchess County, New York, he met Italian mafia leader “Crazy” Joe Gallo.  After both were released, Gallo helped Barnes form a mass drug-dealing organization.

Despite “Crazy” Joe Gallo’s murder on April 7, 1972, Barnes continued to expand his business. He acquired the nickname “Mr. Untouchable” because the police’s attempts to charge him for his crimes consistently failed due to absence of evidence or unreliable witnesses.  By 1973, Barnes gathered together the main drug kingpins in New York City to form for the first time a city-wide organization called “the Council.” Modeled on similar Italian mafia organizations, the aim of the council was to bring order to the drug dealing market by regulating territories and prevent gang wars between African American drug lords.

As his illicit business grew, so did Barnes’ reputation in the underground spheres of New York and increasingly among journalists in the city. A journalistic investigation of Barnes and his organization was published in June 1977 in The New York Times Magazine.  Barnes was profiled in the magazine and appeared on the front cover. No African American drug lord had ever had garnered such favorable attention in a major New York newspaper or journal.

The photographs and accompanying story of Barnes, however, had unintended consequences because the publicity brought him to the attention of federal authorities.  Newly-elected President Jimmy Carter was said to be appalled by the prominence of Barnes and ordered federal law enforcement officials to intensify their efforts to arrest him and bring down his crime organization. President Carter insisted that Barnes be tracked down and arrested by the Justice Department. As a result, later in 1977, Leroy Barnes was arrested by federal and state authorities in New York City. He was tried in a U.S. District Court for interstate drug trafficking, convicted, and sentenced to life in prison on January 19, 1978.

After entering prison, the former drug lord began to cooperate with local and federal authorities.  He was an undercover informant and then a prosecution witness, helping to convict his previous associates. Thanks to the information he provided, Barnes was released early at the request of the United States Attorney in Manhattan. Finally released in August 1998, he was placed in the Federal Witness Protection Program.

In 2007, Barnes released his autobiography titled Mr. Untouchable, written with the help of filmmaker Tom Folsom, who later created a documentary based on the memoir. Barnes also appeared in a couple of fictional adaptations, such as the 2007 film American Gangster directed by Ridley Scott, in which he was portrayed by Cuba Gooding, Jr.

Because he was in witness protection with a new identity, the death of Leroy “Nicky” Barnes was not reported when it happened. In June 2019, one of his daughters reported that Barnes died of cancer in 2012. He was 78 or 79 years old.