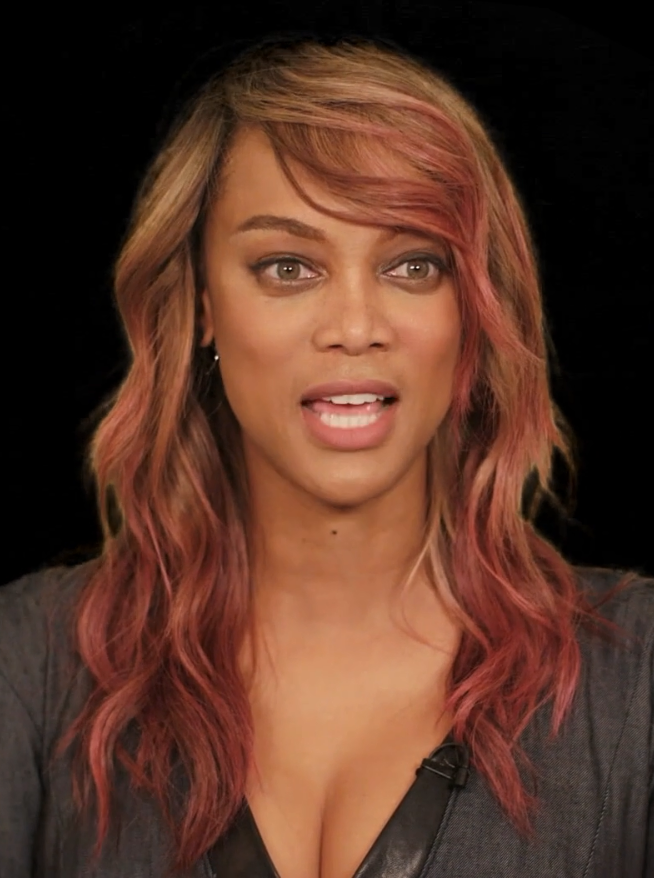 Tyra Lynne Banks is one of the most famous African American models of the late twentieth century. Banks is also a television personality, actress, author, and businesswoman. She was born on December 4, 1973, in Inglewood, California, to Carolyn London, a medical photographer, and Donald Banks, a computer consultant. She also has a brother, Devin, who is five years older. When Banks was six years old, her parents divorced. Banks attended John Burroughs Middle School and then attended Immaculate High School in Los Angeles where she graduated in 1991.

Banks modeling career started at the age of fifteen when she was still attending high school in Los Angeles. She was rejected by four modeling agencies before signing with L.A Models. She switched to Elite Model Management at age sixteen. Banks got the opportunity to model in Europe, and she moved to Milan, Italy. By 1991 her agency had booked twenty-five shows for the Paris (France) Fashion Week. Banks has appeared in major magazines, including Vogue, Elle, Harper’s Bazaar, V, W, and Vanity Fair. She has worked in fashion shows for Coco Chanel, Calvin Klein, Giorgio Armani, and many other prominent designers. She also has appeared in advertising campaigns for Tommy Hilfiger, Ralph Lauren, Victoria’s Secret, Pepsi, and Nike, among many others.

In 1993 at the age of twenty, Banks signed a contract with Cover Girl Cosmetics while still living in Italy. The company launched a major advertising campaign around her as its key model. In the mid-1990s, Banks returned to the United States to do more commercial modeling. She was the first African American on the covers of GQ and the Sports Illustrated swimsuit issue. In 1997 she received the VH1 award for Supermodel of the Year. That same year, she was the first African American chosen for the cover of the Victoria’s Secret catalog. Banks also has a film and television career which began as she appeared on the fourth season of The Fresh Prince of Bel-Air, in which she played lead character Will Smith’s old friend, Jackie Ames. Banks has appeared on other television shows which include Felicity, All That, MADtv, and Nick Cannon’s Wild N Out. Banks appeared in films, which include John Singleton’s Higher Learning (1995), Love Stinks (1999), Love and Basketball (2000), Coyote Ugly (2000), Halloween: Resurrection (2002), and Hannah Montana: The Movie (2009).

Banks also started her production company called Ty Ty Baby Productions, which she later changed to Bankable Productions. It produced The Tyra Banks Show, America’s Next Top Model, and the 2008 movie The Clique. In 2008 Banks won the Daytime Emmy Award for her work and production on The Tyra Banks Show and won a second time in a row for outstanding, informative talk show in 2009. Banks continues to be in the media spotlight, appearing on television programs.  In 2017 she became the new host of America’s Got Talent, replacing Nick Cannon in 2017.

Banks begin dating Norwegian photographer Erik Asla in 2013. On January 27, 2016, a son, York Banks-Asla, was born to the couple.