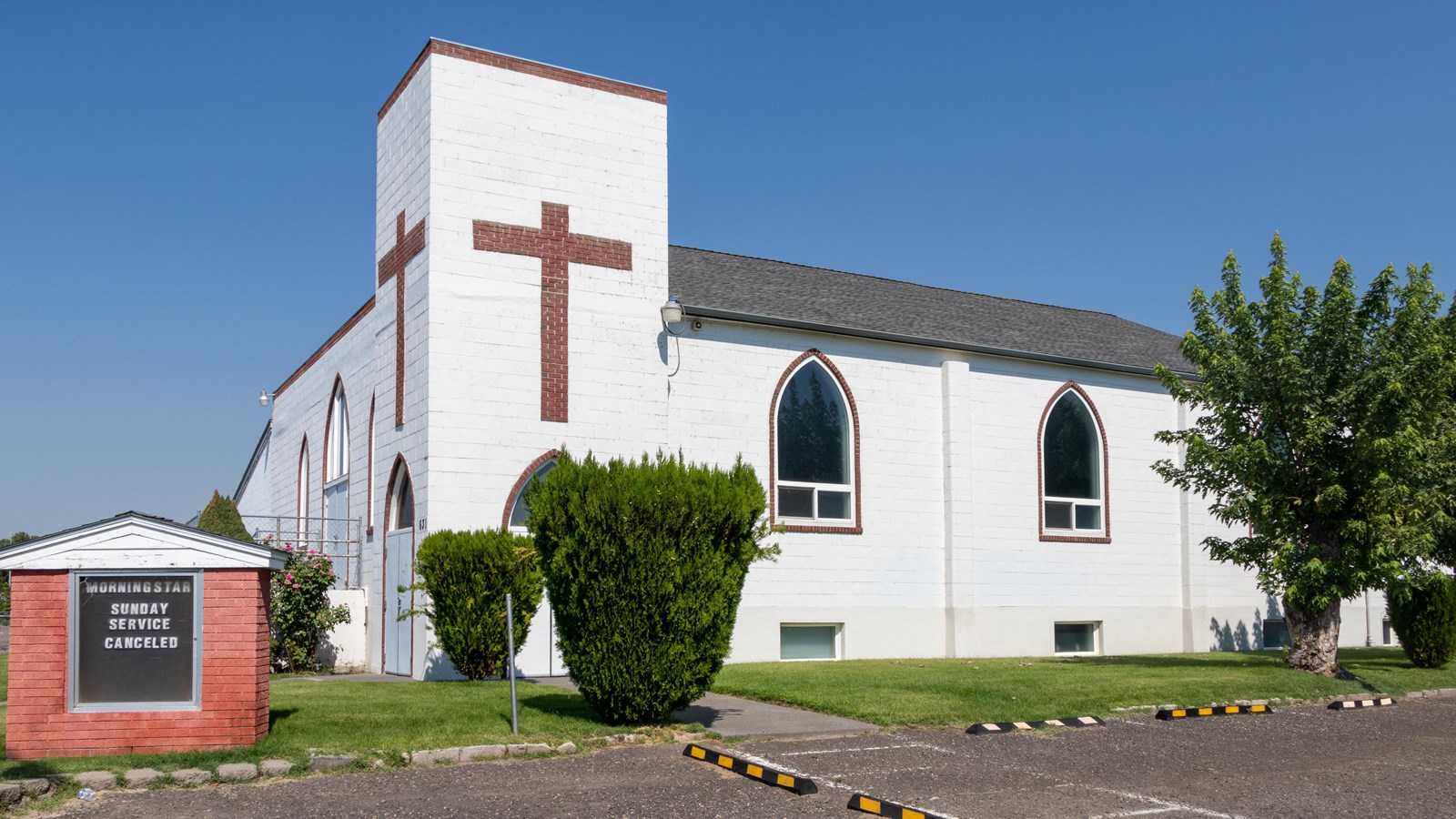 Morning Star Baptist Missionary Church opened in 1946 on 631 South Douglas Avenue in Pasco, Washington, where it stands to this day. The church was founded to provide for the spiritual needs of the thousands of black workers who came to Hanford Atomic Facility during and after World War II.  The founder and first pastor of the church was Reverend Johnnie Steward. The church’s values have always greatly focused on bettering family and community relationships. Reverend Steward’s daughter and her children attended every event at the church in support of their father/ grandfather and their common bond of the love for the Lord.

In 1946 the church was exclusively for the African American citizens of Pasco, Washington. Today, not much has changed because the church is still predominantly black, but it is now open to accepting people of others races and cultures. The Baptist church and community thrives to be a welcoming and all-inclusive place where all can find love and rejoice for the Lord.

The MSBMC has a long history of creating different groups for their members of the church to be a part of including but not limited to choirs for the youth and seniors, outreach programs, and leadership opportunities within the church. The youth choir still meets about once a week to practice before Sunday services. Johnnie Steward’s granddaughter, Re’Gena Bell-Roberts wrote throughout her autobiography what an honor it was to sing in the church choir, and how if they had a guest church come and visit Morning Star, she would almost be upset that she wasn’t able to sing for the crowd.

The sense of honor that the church groups gave Morning Star back then is still alive today. The Morning Star Deacons put together a program in the February of 2017 where on two Saturday’s a month, the group will go out to senior-living centers, sick MSBMC member’s homes, or even non-member home to sing and pray about God. The church has also participated in community homeless support drives and clean-up projects. Through these activities, Morning Star has become a not just a place of service but a place of community.

The outside façade of the church still stands much as it did in 1946, yet the inside has been renovated a number of times, the most recent was late February 2016.  Despite the various construction projects, the church continues to hold services every Sunday.

MSBMC is involved with other churches around the local Tri-Cities, Washington area. The MSBMC is a member of the Tri-State District Baptist Association, which awards two scholarships each fall as well as the Columbia Basin Association of Baptist American Churches.  Morning Star Baptist Missionary Church in Pasco, Washington, has provided continuous service to the African American community of the Tri-Cities (Pasco, Kennewick, and Richland) ever since it began to grow rapidly because of the World War II migration of blacks from across the nation to the region.