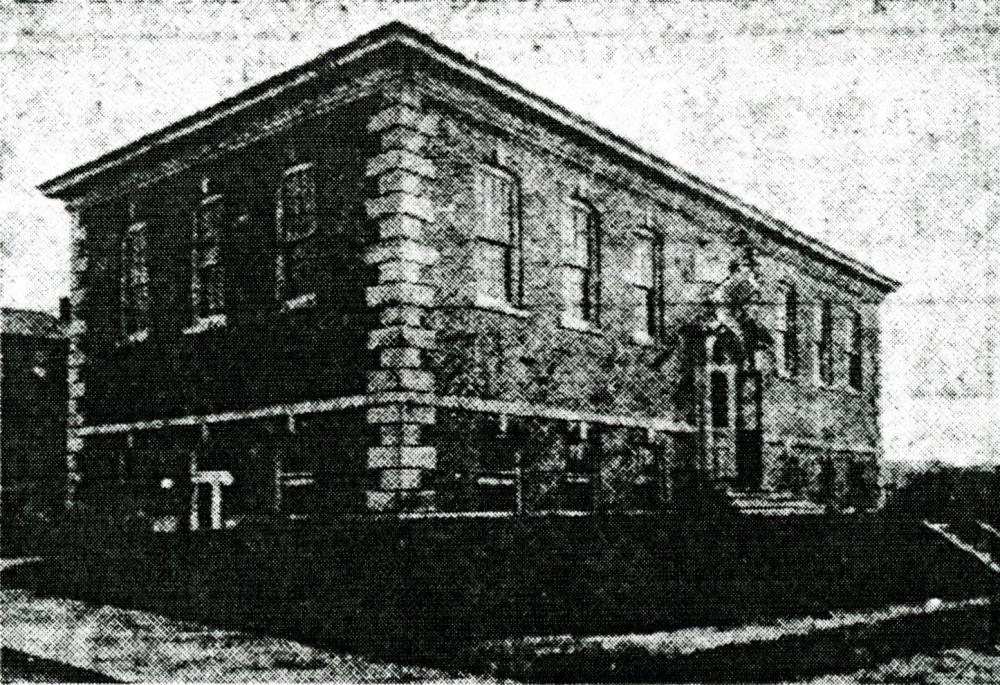 The Auburn Branch Library was a segregated branch of the Carnegie Library of Atlanta, Georgia (now the Atlanta-Fulton Public Library System). Opened in 1921, it was the first free public library in Atlanta for African Americans and one of twelve segregated public libraries in the south funded by philanthropist Andrew Carnegie. Formerly located at 333 Auburn Avenue, the Auburn Branch closed in 1959. Among its notable former users was civic and political leader John Wesley Dobbs (1882-1961).

The Auburn Branch’s story began almost twenty years before the library opened. When the Carnegie Library of Atlanta (CLA) was established in 1902 with a $125,000 grant from Andrew Carnegie, it did not allow black users. Representatives from Atlanta’s African American community, including Atlanta University professor W.E.B. DuBois(1868-1963), demanded that the CLA provide access to blacks. DuBois questioned the legality of using tax money from blacks (who represented about a third of Atlanta’s population at the time) to support a whites-only public library. The CLA’s trustees not only refused to provide access, they also denied DuBois’s request for black representation on their board. They proposed opening a separate library for blacks instead. But after receiving an offer of $10,000 from Carnegie in 1904 for a “colored” branch, neither the city nor the CLA advanced the project.

Atlanta’s black citizens nevertheless continued lobbying for a black public library. When Tommie Dora Barker (1888-1978) became Librarian of the CLA in 1916, she took up the cause and eventually secured $25,000 from the Carnegie Corporation. Despite further setbacks, Atlanta’s new “colored” library finally opened on July 25, 1921. A one-story, brick structure, the Auburn Branch Library was built on the southwest corner of Auburn and Hilliard streets, in the heart of what was then the largest black district in the south. The Auburn Branch received an annual appropriation from the city and, for its first few years at least, was represented by a “Negro Advisory Committee” that worked directly with the CLA’s trustees.

Under the supervision of its first librarian, Mrs. Alice Dugged Carey (1859-1941), the Branch quickly became one of the Auburn community’s social and intellectual centers. Over its four decades of service, the Auburn Branch offered Atlanta’s black citizens not only thousands of books and magazines to read but also story hours and reading clubs for youth, book discussion groups for adults, and meeting space for countless community organizations. It also formed close partnerships with other black educational institutions and community organizations and established a shut-in borrowing service for hospital patients. When Annie L. McPheeters (1908-94) became the Branch’s librarian in 1934, she established its Negro History Collection, a non-circulating research collection dedicated to African American studies and the history of Atlanta’s black community.

The Auburn Branch’s popularity lasted until the late 1940s, when many of Auburn’s residents began migrating west. When a second segregated library, the West Hunter Branch, opened in the west end of town in 1949, use of the Auburn Branch steadily declined. It finally closed in 1959 and the building was razed in 1960. Today, the Auburn Avenue Research Library on African American Culture and History, located just blocks from where the Auburn Branch once stood, houses the former branch’s Negro History Collection, now called the Samuel W. Williams Collection on Black America.

Barbara Mamie Adkins, A History of Public Library Service to Negroes in Atlanta, Georgia (Atlanta University: Master’s Thesis, 1951); Cheryl Knott, Not Free, Not for All: Public Libraries in the Age of Jim Crow (Amherst, MA: University of Massachusetts Press, 2015); Annie L. McPheeters, Library Service in Black and White: Some Personal Recollections, 1921-1980 (Metuchen, NJ: Scarecrow Press, 1988). Acknowledgment: This project was made possible in part by the Institute of Museum and Library Services, grant #RE-31-16-0044-16.