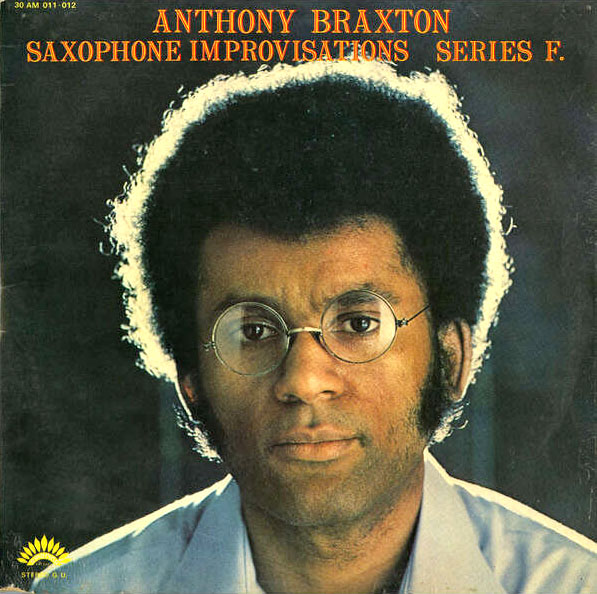 Braxton grew up in Chicago and from 1959 to 1963, he attended the Chicago School of Music. Afterward, he enlisted in the United States army in 1963 and when he was honorably discharged in 1966, he studied music first at Chicago’s Wilson Junior College and later philosophy and music composition at Roosevelt University.

In 1966, Braxton joined the Association for the Advancement of Creative Musicians (AACM), a free-jazz cooperative. In 1968, he recorded For Alto, the first full-length album devoted to unaccompanied saxophone solos. He moved to Paris, France in 1969 and while there released the album, Three Compositions of New Jazz with the jazz ensemble Creative Construction Company.

Braxton left Paris in 1970 and returned to the United States, settling in New York City where he performed with Musica Elettronica Viva, an Italian improvisational ensemble. From 1974 to 1977, he used London, England as a base while playing with the avant-garde guitarist Derek Bailey and Company. His work with Bailey led to his receiving Down Beat magazine critics’ award for best LP for the album Creative Music Orchestra in 1977.

Other compositions by Braxton include Trillium Opera Complex that he started in 1980. The complex is a series of 12 operas with 36 autonomous one-act works. In addition, all of the acts are divided into one to five and lettered: Trillium A (1 act), Trillium M (1 act), Trillium R (4 acts), Trillium E (4 acts), Trillium J (4 acts), and Trillium X (4 acts). The five-act Trillium L Opera Complex was released in 1981, the year he also performed at the Woodstock Jazz Festival in Woodstock, New York to celebrate the 10th anniversary of the Creative Music Studio and he received a Guggenheim Fellowship.

In 1985, Braxton accepted a professorship at Mills College and remained there until 1990 when he was hired to teach and chair the Department of Music at Wesleyan University in Middletown, Connecticut. He also received the Doris Duke Performing Artist Award for lifetime achievement in jazz. In 2009 he was awarded an honorary doctorate from Belgium’s University of Liège in 2009. Braxton retired from Wesleyan in 2013, and in 2014 Trillium Opera Complex was performed at the Roulette Intermedium, a performing arts and music venue in Brooklyn, New York.  The same year (2014) he was named a “Jazz Master” by the National Endowment for the Arts (NEA). In 2016, the New England Conservatory of Music in Boston, Massachusetts awarded Braxton an honorary doctorate in music.