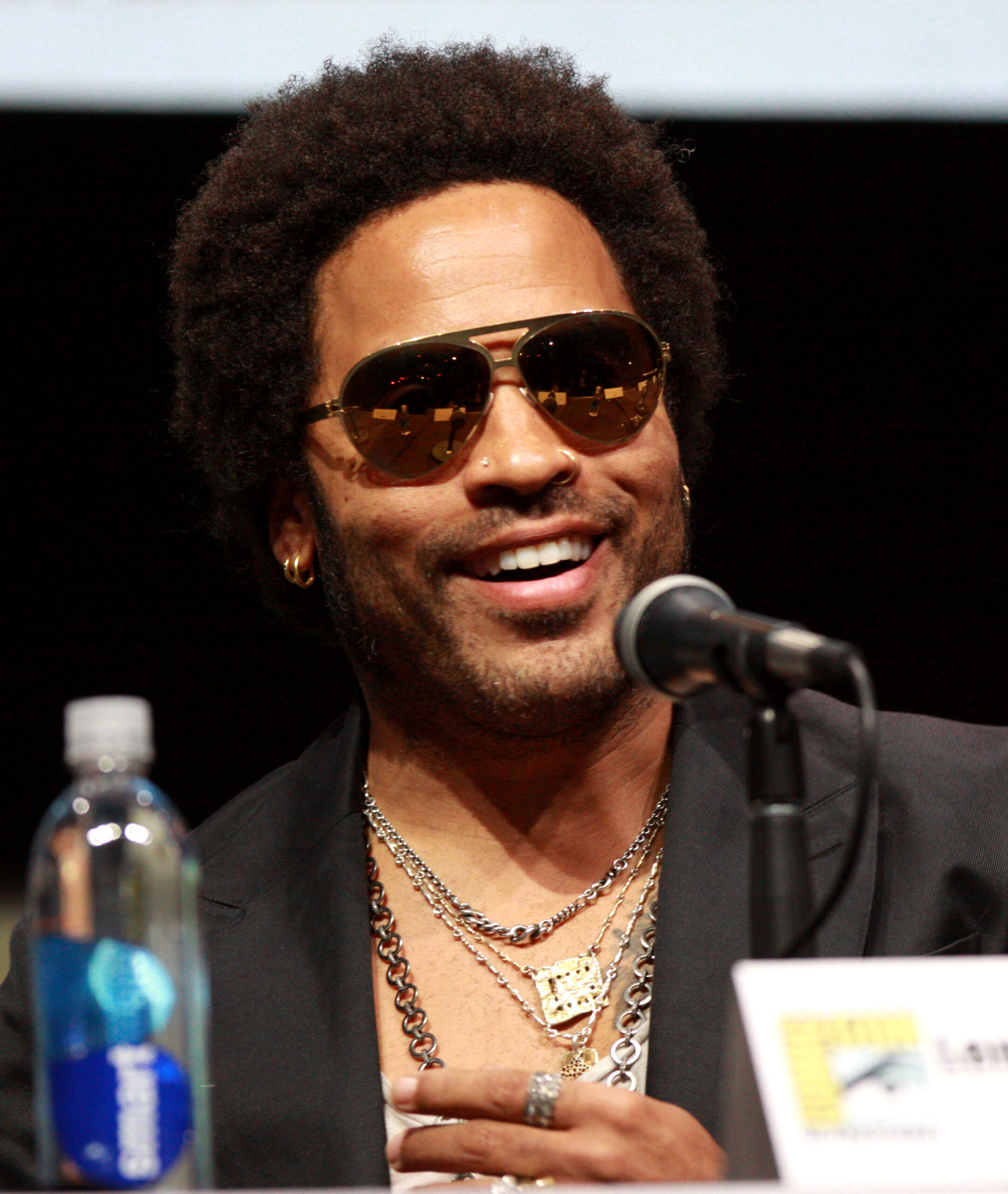 Rock artist, lyricist, actor Leonard Albert Kravitz was born on May 26, 1964, in Manhattan, New York, to Roxie Albertha Roker, an actress from Miami, Florida, and Sy Kravitz, a filmmaker from Brooklyn. At three he began exhibiting music talents by creating syncopated rhythms beating on pots and pans. His musical studies of the drum and guitar began at five. At the age of 10, the family moved to Los Angeles, California. He was an only child and was active with the California Boys Choir. At the age of ten he sang with the New York Metropolitan Opera and was a member of ‘Mahler’s Third Symphony in New York City. Kravitz was also introduced to rock and heavy metal bands shortly after he graduated from Beverly Hills High School in 1982.

At 23, Kravitz married actress Lisa Bonet in 1987. They had one daughter Zoe.

In 1989, Kravitz signed a contract with Virgin Records and released his debut album Let Love Rule. His second album, Mama Said, was released in 1991. The album reached the top 40 of the Billboard album chart and the single “It Ain’t Over Til It’s Over” reached #2 in the singles pop charts.

In 1993, Kravitz and Lisa Bonet divorced and she began dating the actor, Joseph Jason Momoa. In 1994, Kravitz won the BRIT award for the best international male artist for the album Are You Gonna Go My Way? Four years later, in 1998, the single “Fly Away” earned him the first of four Grammys for Best Male Vocal Rock Performance.

Kravitz has received numerous accolades, including two Grammy Awards for Best Male Rock Vocal Performance for “Fly Away” and cover of The Guess Who’s “American Woman,” in 1999 and 2000, respectively. Also, in 2000, his single, “Let Love Rule” received a gold certification and peaked at the # 61 position in the United States. His “Greatest Hits” sold more than 10 million copies globally and earned him a Grammy Award.

In addition to being an accomplished musician, Kravitz appeared in several films, including Precious (2009). In 2013, he appeared in The Hunger Games in which he played the role of Cinna, the soft-spoken designer who turns Katniss Everdeen, played by Jennifer Lawrence, into a star.

In 2014, Kravitz published his visual memoir, Lenny Kravitz. Six years later, in 2020, he reworked and released his album Let Love Rule, which was an intimate, reflective summary of his early life. Two songs from the album, “Fly away” peaked at #48, and “You Gonna Go My Way” by Kravitz peaked at #94 in 2021.