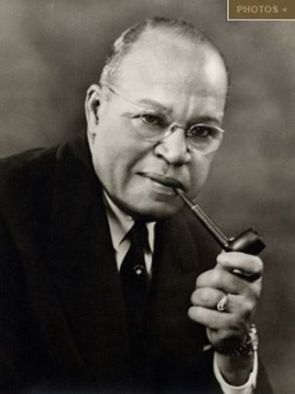 African American engineer, architect, and mathematician Archie Alphonso Alexander was born on May 14, 1888 in Ottumwa, Iowa, the oldest of Price Alexander’s and Mary Hamilton Alexander’s nine children. In order to help his educational opportunities, when he was 11 years old Alexander’s family moved to a small farm on the outskirts of Des Moines, Iowa. In 1905 Alexander graduated from Oak Park High School in Des Moines.

With his parents’ help and with earnings from a few part-time jobs, Alexander attended Highland Park College and Cummins Art College in Des Moines before entering the University of Iowa in 1908 to study engineering. Alexander was the only black student at the University at that time. He played tackle for the school’s varsity football team, earning the nickname, “Alexander the Great.” During the summers Alexander worked as a draftsman for Marsh Engineers, a Des Moines bridge-designing firm, and in 1912 he received a Bachelor of Science degree, becoming the University of Iowa’s first African American student to complete the engineering program.

After graduating and initially encountering difficulty finding a position, Alexander was hired by Marsh Engineering Company in Minneapolis, Minnesota, where he was in charge of the bridge building program in Iowa and Minnesota.

In 1917 Alexander left Marsh to form his own engineering company with a white contractor, George F. Higbee. Within that time Alexander continued his education at the University of London, where in 1921 he took coursework in bridge design. Alexander obtained his civil engineering degree from Iowa State University in 1925. While there he joined Kappa Alpha Psi Fraternity. With Higbee, Alexander designed the Tuskegee Air Field and the Iowa State University heating and cooling system. The partnership ended in 1925 when Higbee died in a construction accident. 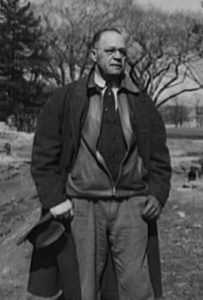 In 1929 Alexander teamed up with a former classmate of his from the University of Iowa, Maurice A. Repass, to form the engineering firm of Alexander & Repass. They were responsible for the construction of numerous roads and bridges, including the Whitehurst Parkway and the Tidal Basin Bridge in Washington, D.C., as well as an extension to the Baltimore-Washington Parkway.

In 1932 Alexander entered politics and served as the assistant chairman of the Iowa Republican State Committee. In 1934 Alexander was appointed as one of a 12-member commission to investigate the social and economic conditions in Haiti. In 1946 Alexander was awarded an honorary Doctor of Engineering by Howard University.

In 1954 President Dwight D. Eisenhower appointed Alexander to be the governor of the United States Virgin Islands. The following year, however, Alexander came under criticism for favoring old business partners in contracts for road building on St. Thomas, and he resigned on August 18, 1955.

Archie Alexander died on January 4, 1958 in Des Moines, Iowa. He was 69 years old.  In 1975, upon the death of his wife, Audra Linzy Alexander, the University of Iowa, Tuskegee Institute in Alabama, and Howard University each received a substantial sum for engineering scholarships from a trust fund set up by Alexander in his will.