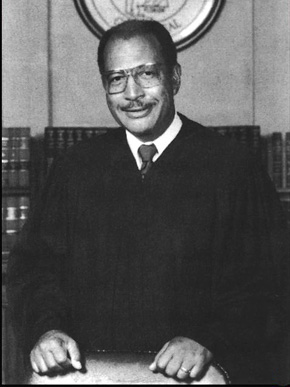 Adams was born on February 7, 1925, in Birmingham, Alabama, to Oscar William Adams and Ella Virginia (Eaton) Adams; he was the older brother to Frank E. Adams. Oscar attended public schools in Birmingham, including A.H. Parker High School, and graduated from Talladega College in 1944 with a degree in philosophy.

Because racial segregation prohibited African Americans from attending law school in Alabama, Adams attended Howard University School of Law in Washington, D.C., and graduated in 1947. Adams then gained admitted to the Alabama State Bar and began his legal career that would span five decades. Adams married Willa Ingersoll Adams in 1949 and they had three children. Willa died in 1982 from breast cancer, and Adams later married Anne-Marie Bradford.

On July 8, 1966, Adams became the first African American member of Birmingham Bar Association, a local professional organization of attorneys. He ran his own law office until 1967 when he went into practice with white attorney Harvey Burg, creating the state’s first integrated law practice. In 1969 Adams and James Baker, an Ivy League lawyer who had distinguished himself as a civil rights lawyer in Philadelphia before his mid-life move to Alabama, founded Birmingham’s first African American law firm. Adams and Baker were later joined by U.W. Clemon, and the firm became known as Adams, Baker & Clemon.

After more than twenty years in front of the bench, in 1980 Adams was appointed to the Alabama Supreme Court by Gov. Forrest “Fob” James to fill the remaining two years of Justice James N. Bloodworth’s unexpired term. With this appointment, Adams became the first African American to serve on an appellate court in Alabama. When he campaigned for a full term on the court in 1982, members of the largest bar associations in the state endorsed his candidacy over that of three other white attorneys by an overwhelming margin. Elected by popular vote in 1982, Adams became the first African American elected to a statewide constitutional office in Alabama. Notably, Adams wrote a special concurrence in Beck v. Alabama, the case upholding Alabama’s death penalty statue as consistent with Alabama’s constitution.

Adams retired from the bench on October 31, 1993, and was replaced with the state’s second African American Supreme Court Justice, Ralph D. Cook. After Adams’s retirement from the bench, he worked with the Birmingham law firm of White, Dunn & Booker (now White, Arnold & Dowd) and served as co-chairman of the Second Citizens’ Conference on Judicial Elections and Campaigns.

Oscar William Adams died in Birmingham on February 15, 1997, of complications related to cancer. He was inducted posthumously into the Alabama Lawyers’ Hall of Fame (2005) and the Birmingham Gallery of Distinguished Citizens (2008).