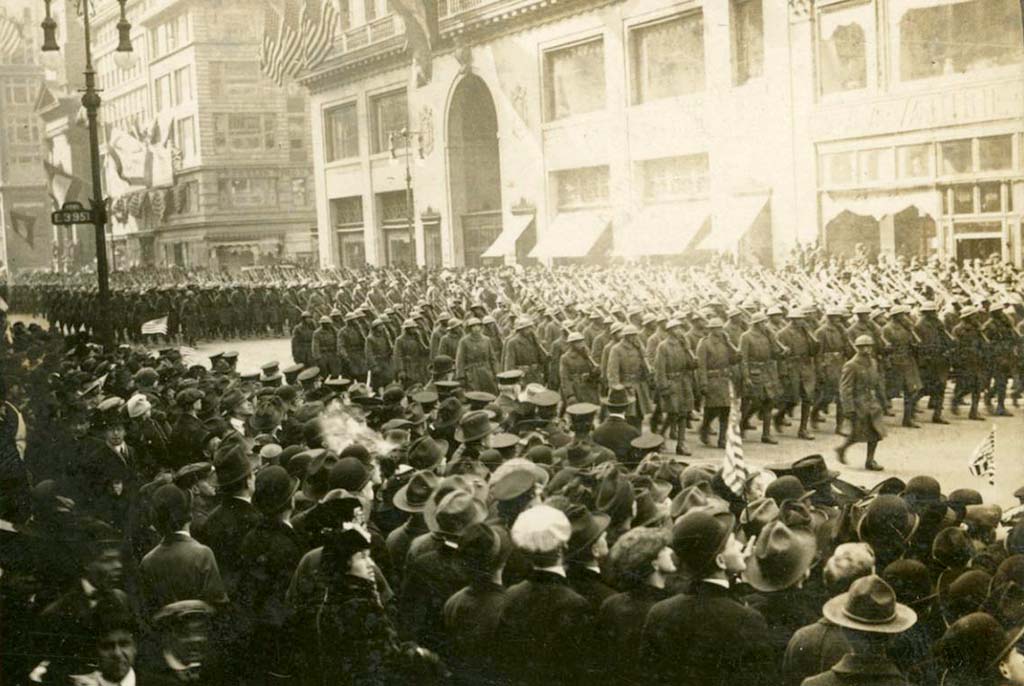 First organized in 1916 as the 15th New York National Guard Infantry Regiment and manned by black enlisted soldiers with both black and white officers, the U.S. Army’s 369th Infantry Regiment, popularly known as the “Harlem Hellfighters,” was the best known African American unit of World War I.  Federalized in 1917, it prepared for service in Europe and arrived in Brest, France in December.  The next month, the regiment became part of the 93rd Division (Provisional) and continued its training, now under French instructors.  In March, the regiment finally received its Federal designation and was reorganized and reequipped according to the French model.  That summer, the 369th was integrated into the French 161st Division and began combat operations.

Dubbing themselves “Men of Bronze,” the soldiers of the 369th were lucky in many ways compared to other African American military units in France in 1918.  They enjoyed a continuity of leadership, commanded throughout the war by one of their original organizers and proponents, Colonel William Hayward.  Unlike many white officers serving in the black regiments, Colonel Hayward respected his troops, dedicated himself to their well-being, and leveraged his political connections to secure support from New Yorkers.  Whereas African American valor usually went unrecognized, well over one hundred members of the regiment received American and/or French medals, including the first two Americans – Corporal Henry Johnson and Private Needham Roberts – to be awarded the coveted French Croix de Guerre.

Spending over six months in combat, perhaps the longest of any American unit in the war, the 369th suffered approximately fifteen hundred casualties but received only nine hundred replacements.  Unit histories claimed they were the first unit to cross the Rhine into Germany; they performed well at Chateau-Thierry and Belleau Wood, earning the epithet “Hell Fighters” from their enemies.  Nevertheless, the poor replacement system coupled with no respite from the line took its toll, leaving the unit exhausted by the armistice in November.  Although the 369th could boast of a fine combat record and a regimental Croix de Guerre, the unit was plagued by acute discipline problems resulting from disproportionate casualties among the unit’s longest-serving members and related failures to assimilate new soldiers.  After considerable effort by Colonel Hayward, the 369th was welcomed home with a parade in February 1919 and reabsorbed into the National Guard.

In World War II, the formation was organized as the 369th Antiaircraft Artillery Regiment (no relation to the also all-black 369th Infantry in the 93rd Infantry Division), and served in Hawaii and at various locations along the West Coast.  The unit survives today as the 369th Support Battalion of the New York Army National Guard.