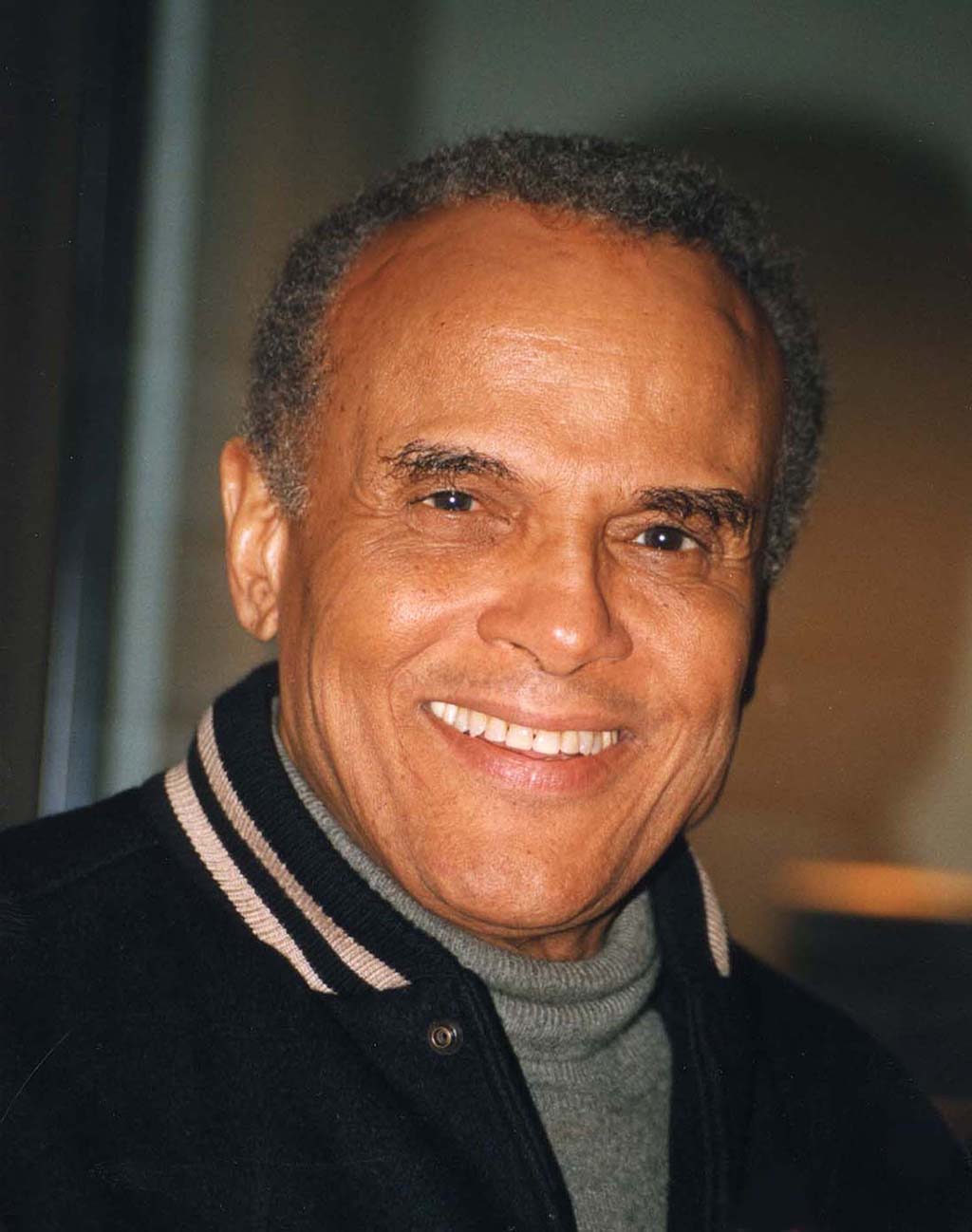 Born March 1, 1927 as Harold George Bellanfanti Jr. in Harlem, New York, to parents Melvine Love Bellanfanti, a Jamaican housekeepter, and Harold George Bellanfanti, Sr., of Martinique, who worked as a chef for the National Guard. Belafonte grew from being a troubled youth to an award-winning entertainer and world-renowned political activist and humanitarian.  From 1932 to 1940, he lived with his grandmother in Jamaica.  He returned to New York City and attended George Washington High School. In 1944 Belafonte joined the Navy in order to fight in World War II, and although Belafonte was never sent overseas, after the war ended he was able to use the G.I. Bill to pay for a drama workshop at the New School for Social Research in Manhattan alongside fellow students Marlon Brando and Sidney Poitier.

Belafonte’s career as an entertainer had a rocky start, but in the 1950s he found great success.  In the first half of 1956 alone Belafonte had three top-ten albums, the most notable being Calypso, which spent 31 weeks at number one and helped him gain the title King of Calypso. Music was not his only successful endeavor in entertainment; Belafonte also became well known for his works on film, television, and Broadway.

Although Belafonte has had great success as an entertainer, his greatest contributions can no doubt be attributed to his political activities and humanitarianism.  As a great supporter of integration during the Civil Rights Era, Belafonte worked to break the color barrier as an outspoken advocate of the work of Dr. Martin Luther King, Jr. Alongside his political activism, which he continues to this day, Belafonte also works for many humanitarian concerns.  Among his many notable humanitarian achievements, he was one of the key participants in the creation of the “We Are the World,” a charity single designed to help famine relief in Africa.  Belafonte  also has been a goodwill ambassador for UNICEF since 1987, and after undergoing surgery for prostate cancer, he became a spokesperson for awareness of the disease.