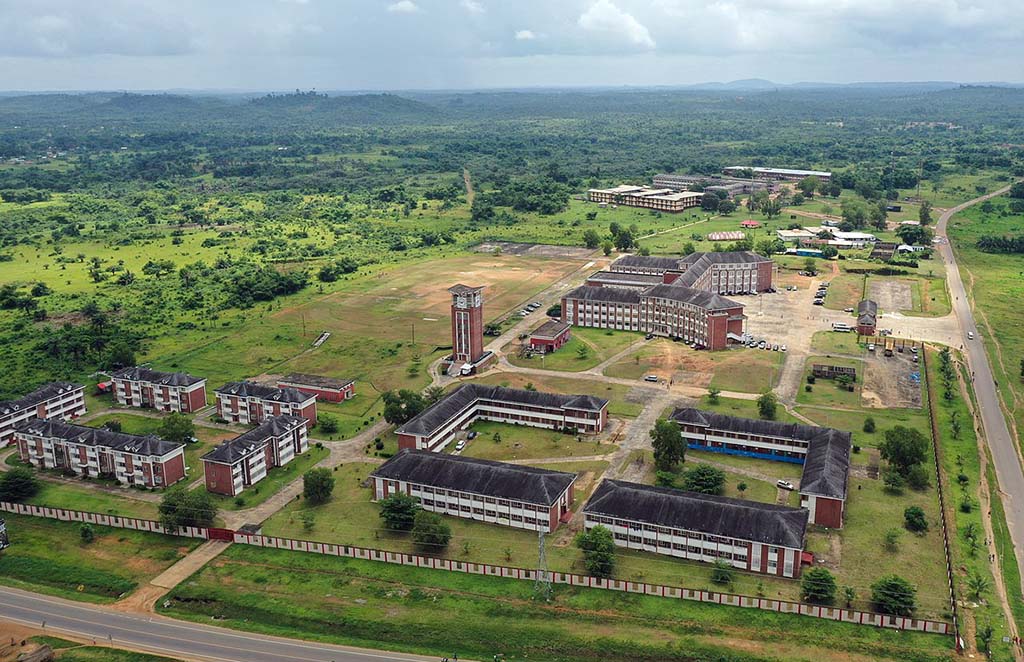 In 1851, the national legislature of Liberia authorized the establishment of Liberia College which is now the second oldest institution of higher learning in West Africa. The Trustees of Donations for Education in Liberia purchased materials and hired faculty for the college with funds from private organizations and contributions from individuals in the United States. Chartering a ship and loading it with building supplies for the college, the first faculty and materials left New York City, New York and arrived in Monrovia, Liberia’s capital, on December 28, 1856.  Realizing that the originally designated site of the college, the Clay-Ashland area was too swampy and unsuitable for the college, the Trustees voted to locate the college on a bluff at Cape Mesurado, within the city limits of Monrovia.

Liberia College was privately funded, mainly by donations from the United States, until World War II.  At that point the Liberian government took over the college and provided financial support.  Reflecting a growing economy and a public desire for a state university, in 1951, the Liberian Legislature chartered the University of Liberia as a national university. That same year, the University of Liberia inaugurated the only law school in Liberia, the Louis Arthur Grimes School of Law, named after a Liberian political leader.

Currently, the University of Liberia has six colleges, three graduate programs, and three professional schools. Due to civil strife, the university closed several times between 1979 and 1984.  The Liberian Civil War also nearly closed the institution.  The university did not grant any degrees between 1989 and 1996. The University of Liberia is again an active institution and in 2009 had an estimated total student enrollment of 18,000.