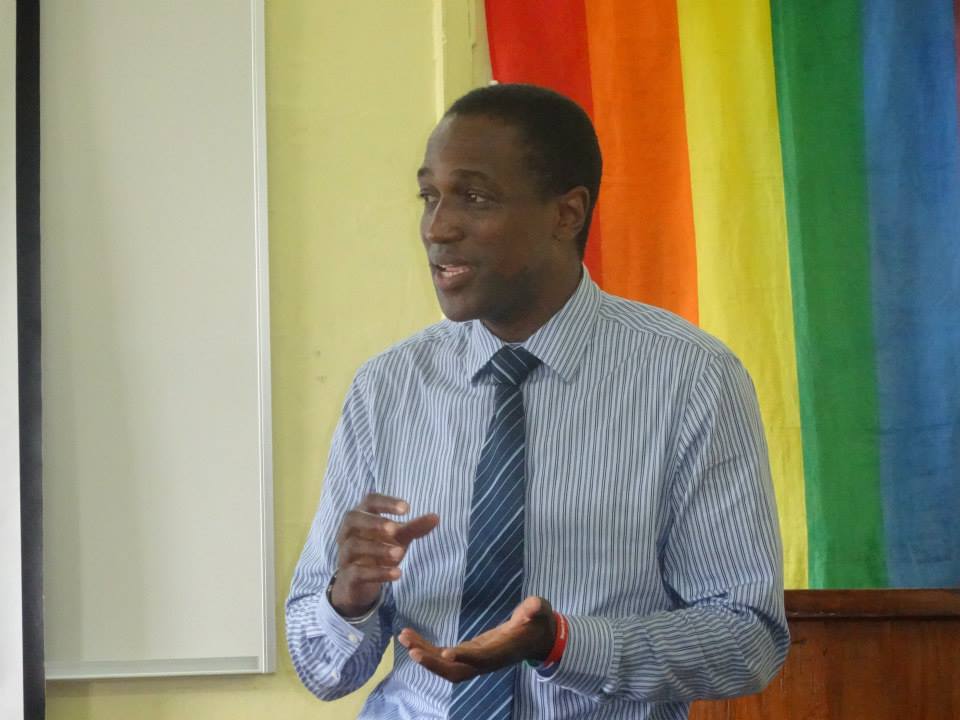 Maurice Tomlinson is one of the most well-known gay rights activists in the world. He is an attorney-at-law, law lecturer, journalist, and HIV/AIDS and LGBTI (Lesbian Gay Bisexual Transgendered Intersexual) activist in Jamaica and the Caribbean.

Tomlinson was born on April 9, 1971 in Montego Bay, St. James, Jamaica to George Cornel Tomlinson and Carmen Victoria Campbell Tomlinson. He has two brothers, Kurt and Rhoan. Tomlinson’s education includes studies at The University of the West Indies (2003), Norman Manley Law School in Jamaica (2005), University of Turin Law School in Italy (2006), and Mona School of Business (2007). Friends provided the catalyst for his interest in social justice. Before finishing his law degree, he worked as a flight attendant for Air Jamaica. In this period, he became aware that AIDS affected everyone and could impact anybody. Studying law exposed him to the idea of human rights and the possibility to change discriminatory laws and practices.

In 2009, Tomlinson became legal advisor of marginalized groups for the well-known, respected, international advocacy organization, AIDS-Free World. One area of his advocacy education is the link between Jamaica’s anti-gay laws and the spread of HIV. In his country, 32% of gay men have HIV compared to 1.6% in the general population. AIDS-Free World works in partnership with JFLAG (Jamaica Forum of Lesbians, All-Sexuals, and Gays), Representatives of Jamaicans for Justice, Families Against State Terrorism, and other human rights allies.

For two years, Tomlinson collected victim reports as part of a legal challenge against his nation. Since the new Jamaican Charter of Fundamental Rights and Freedoms does not allow domestic challenges, his team engaged in an unprecedented legal challenge to Jamaica’s anti-sodomy laws. Their complaint filed with the Inter-American Commission on Human Rights (IACHR) in 2011 became the first regional challenge in the world of an AIDS-related issue. While IACHR can only release a recommendation to the Jamaican government, the action has placed the country’s anti-gay laws in the international eye. IACHR’s answer will provide a strong foundation for further in-country challenges, including the institution of anti-discriminatory statutes.

From 2009-2011, Tomlinson held the post of lecturer of law at the University of Technology, Utech, Jamaica. He introduced the concept of sexual diversity in his course, Discrimination Law. He married Canadian Tom Decker in August 2011. After an unauthorized public announcement in Jamaica about his marriage, he received death threats. Nonetheless, he completed his last semester of teaching, commuting from Canada to Jamaica for three days each week. He turned down the school’s offer to renew his contract and began living in exile in Toronto, Canada where he continues his work with AIDS-Free World and lectures law at the University of Ontario Institute of Technology.

Tomlinson received the inaugural David Kato Vision and Voice Award on January 29, 2012, the first anniversary of Kato’s murder for being gay. The Award recognizes individuals who defend human rights and the dignity of LGBTI people around the world.