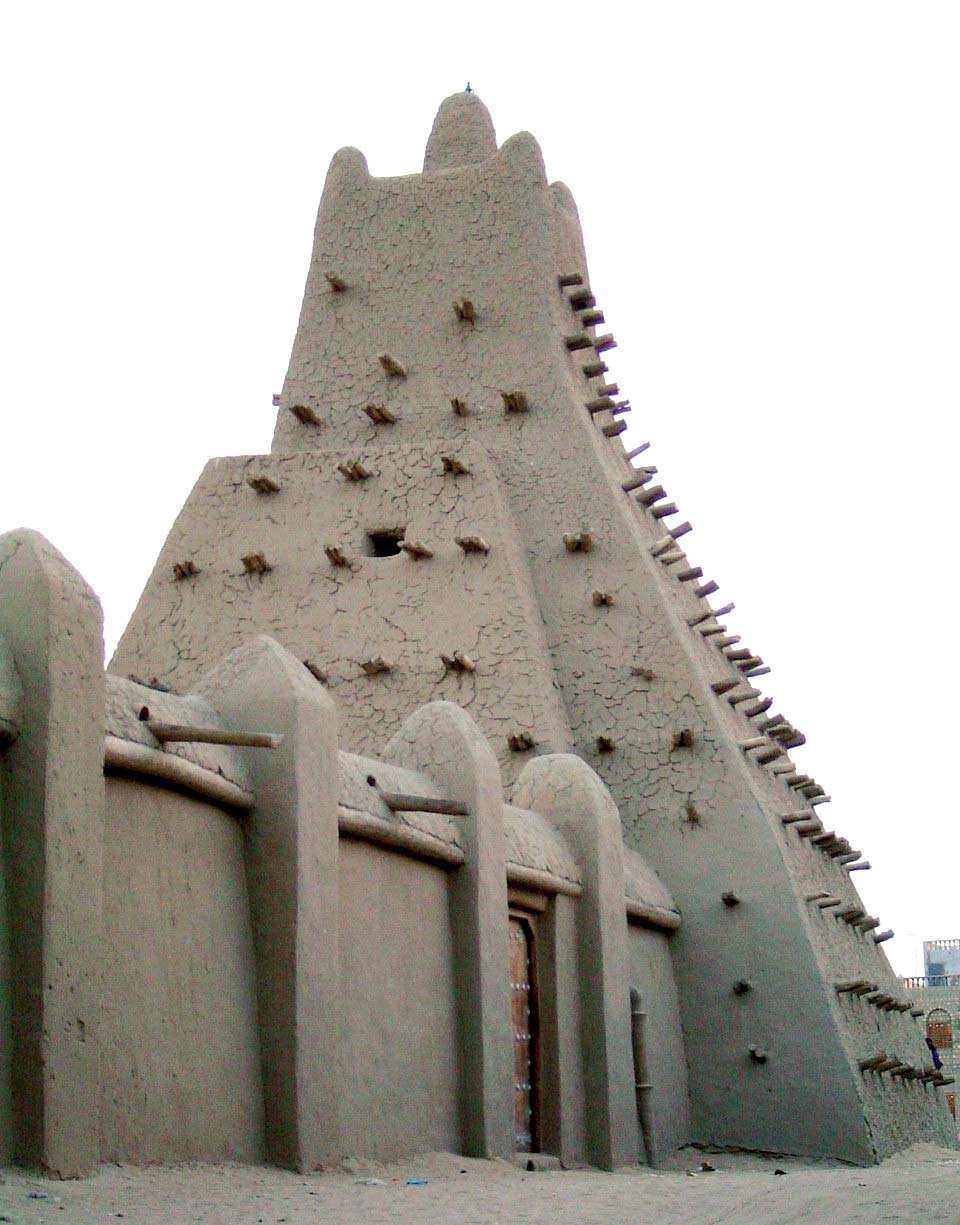 Sankore Mosque and University is the oldest continuously-operating institution of higher education in Sub-Saharan Africa. It is believed that the mosque and university were erected in the 1100s C.E. (Twelfth Century) by Berbers who settled in the Timbuktu region of modern-day Mali. Mansa Musa I, ruler of the Mali Empire from 1312 to 1337, made several improvements to the mosque after his pilgrimage to Mecca in 1324; he staffed it with scholars in various fields and helped it gain more visibility within the Islamic world. The mosque and university underwent more changes under Askia Daoud (Dawud), ruler of the Songhai empire from 1549 to 1583. Askia Daoud (Dawud) grew the mosque and university to 180 facilities and 25,000 students, a remarkable feat considering that the Timbuktu population was only 100,000 at the time.

Sankore mosque and university consisted of numerous buildings made of clay, stone beams, and a wooden scaffold for repairs after rainy seasons, modeled after the Malian indigenous mud structures. Each building was run by its own imam (worship leader) or ulema (Islamic scholar). There was no central authority within the school besides the ruler of Timbuktu. Classes were conducted in private rooms or open courtyards. Students used locally-made wooden boards and ink to complete assignments.

Prior to entering the university, students pursued two degrees. The first degree required learning how to read and write in Arabic (this was the level of education that most people in Timbuktu obtained). Students admitted to the university then studied language, poetry, grammar, and literature for the second degree. University students engaged in both mandatory and optional studies. Mandatory studies consisted of philosophy, Islamic law, interpretation of the Quran, language studies, and advanced grammar. Optional studies included history, algebra, physics, medicine, chemistry, arithmetic, and astronomy. It took 10 years on average for students to graduate. Students who did complete the course of study received clothes, blocks of salt, livestock, and money as gifts upon their graduation. Wealthier graduates performed a graduation ceremony that consisted of wearing a white garment while riding a white horse towards the mosque and university. This ceremony ended with a large festival in celebration of the graduate’s accomplishments.

Many prominent scholars taught courses in the mosque and university, including Abu Abdallah, Ag Mohammed ibn Utman, Ag Mohammed Ibn Al-Mukhtar An-Nawahi, Mohammed Bagayogo as-Sudan al Wangari al-Timbukti, Abu al-Abbas Ahmad Buryu ibn, and Modibo Mohammed al-Kaburi. The most notable scholar professor at the mosque and university was Ahmad Bamba, who wrote over 60 texts on subjects ranging from philosophy to language studies. Most of the university’s professors were educated in Islamic universities in Makkah and Fez in present-day Morocco, Tunis in present-day Tunisia, and Cairo, Egypt. They followed the Maliki school of Islamic philosophy and were members of the Qadiri Sufi order.

After the Moroccan invasion of Songhai in 1591, Sankore mosque and university was stripped of most of its scholars and many of its texts were destroyed. The university still exists today, however, serving primarily as a place of Quranic studies for young children.