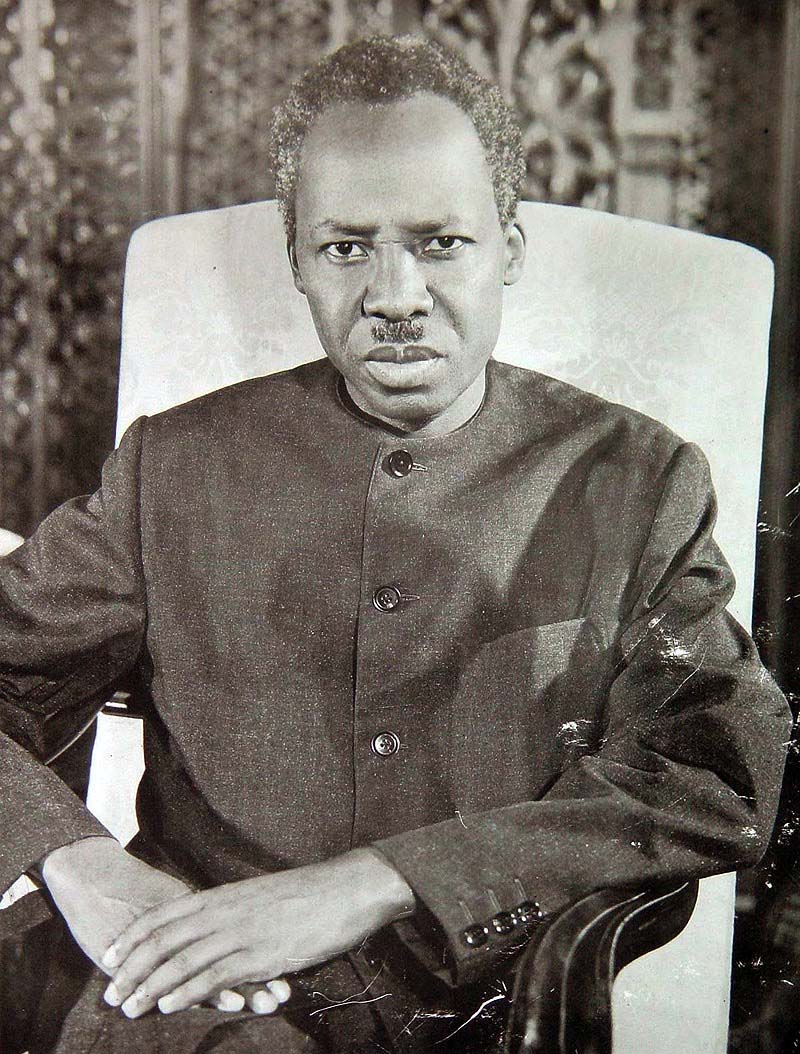 On February 5, 1967 Tanzanian President Julius Nyerere announced the Arusha Declaration outlining the principles of Ujamaa which he called African Socialism.  The principles were to guide the economy of the newly independent nation rooted in the concept of self-reliance.  The Declaration appears below.

It is obvious that in the past we have chosen the wrong weapon for our struggle, because we chose money as our weapon. We are trying to overcome our economic weakness by using the weapons of the economically strong – weapons which in fact we do not possess. By our thoughts, words, and actions it appears as if we have come to the conclusion that without money we cannot bring about the revolution we are aiming at. It is as if we have said, “Money is the basis of development. Without money there can be no development.”

It is stupid to rely on money as the major instrument of development when we know only too well that our country is poor. It is equally stupid, indeed it is even more stupid, for us to imagine that we shall rid ourselves of our poverty through foreign financial assistance rather than our own financial resources.

Let us therefore always remember the following. We have made a mistake to choose money, something which we do not have, to be our major instrument of development. We are mistaken when we imagine that we shall get money from foreign countries, firstly because, to say the truth, we cannot get enough money for our development and, secondly, because even if we could get it, such complete dependence on outside help would have endangered our independence and the other policies of our country.

Because of our emphasis on money, we have made another big mistake.

We have put too much emphasis on industries just as we have said “Without money there can be no development,” we also seem to say “industries are the basis of development.” This is true. The day when we have lots of money we shall be able to say we are a developed country.

The mistake we are making is to think that development begins with industries. It is a mistake because we do not have the means to establish many modern industries in our country. We do not have either the necessary finances or the technical know-how. It is not enough to say that we shall borrow the finances and the technicians from other countries to come and start the industries. The answer to this is the same one we gave earlier, that we cannot get enough money, and borrow enough technicians to start all the industries we need. And even if we could get the necessary, assistance, dependence on it could interfere with our policy of socialism. The policy of inviting a chain of capitalists to come and establish industries in our country might succeed in giving us all the industries we need, but it would also succeed in preventing the establishment of socialism unless we believe that without first building capitalism, we cannot build socialism.

The development of a country is brought about by people, not by money. Money, and the wealth it represents, is the result and not the basis of development.

A great part of Tanzania’s land is fertile and gets sufficient rains. Our country can produce various crops for home consumption and for export. We can produce food crops (which can be exported if we produce in large quantities) such as maize, rice, wheat, beans, and groundnuts. And we can produce such cash crops as sisal, cotton, coffee, tobacco, pyrethrum, and tea. Our land is also good for grazing cattle, goats, sheep, and for raising chickens; we can get plenty of fish from our rivers, lakes, and from the sea. All of our farmers are in areas which can produce two or three or even more of the food and cash crops enumerated above, and each farmer could increase his production so as to get more food or more money. And because the main aim of development is to get more food, and more money for our other needs, our purpose must be to increase production of these agricultural crops. This is in fact the only road through which we can develop our country – in other words, only by increasing our production of these things can we get more food and more money for every, Tanzanian.

Everybody wants development, but not everybody understands and accepts the basic requirements for development. The biggest requirement is hard work. Let us go to the villages and talk to our people and see whether or not it is possible for them to work harder.
In towns, for example, the average paid worker works seven and a half or eight hours a day for six or six and a half days a week. This is about 45 hours a week, excluding two or three weeks leave every year. This means that an urban worker works for 45 hours a week in 48 to 50 weeks a year.

It would be appropriate to ask our farmers, especially the men, how many hours a week and how many weeks a year they work. Many do not even work for half as many hours as the wage-earner does. The truth is that in the villages the women work very hard. At times they work for 12 or 14 hours a day. They even work on Sundays and public holidays. Women who live in the villages work harder than anybody else in Tanzania. But the men who live in villages (and some of the women in towns) are on leave for half of their life. The energies of the millions of men in the villages and thousands of women in the towns which are at present wasted in gossip, dancing, and drinking, are a great treasure which could contribute more toward the development of our country than anything we could get from rich nations.

The second condition of development is the use of intelligence. Unintelligent hard work would not bring the same good results as the two combined. Using a big hoe instead of a small one; using a plough pulled by oxen instead of an ordinary hoe; the use of fertilizers; the use of insecticides; knowing the right crop for a particular season or soil; choosing good seeds for planting; knowing the right time for planting, weeding, etc.; all these things show the use of knowledge and intelligence. And all of them combine with hard work to produce more and better results.

From now on we shall stand upright and walk forward on our feet rather than look at this problem upside down. Industries will come and money will come, but their foundation is the people and their hard work, especially in agriculture. This is the meaning of self-reliance.