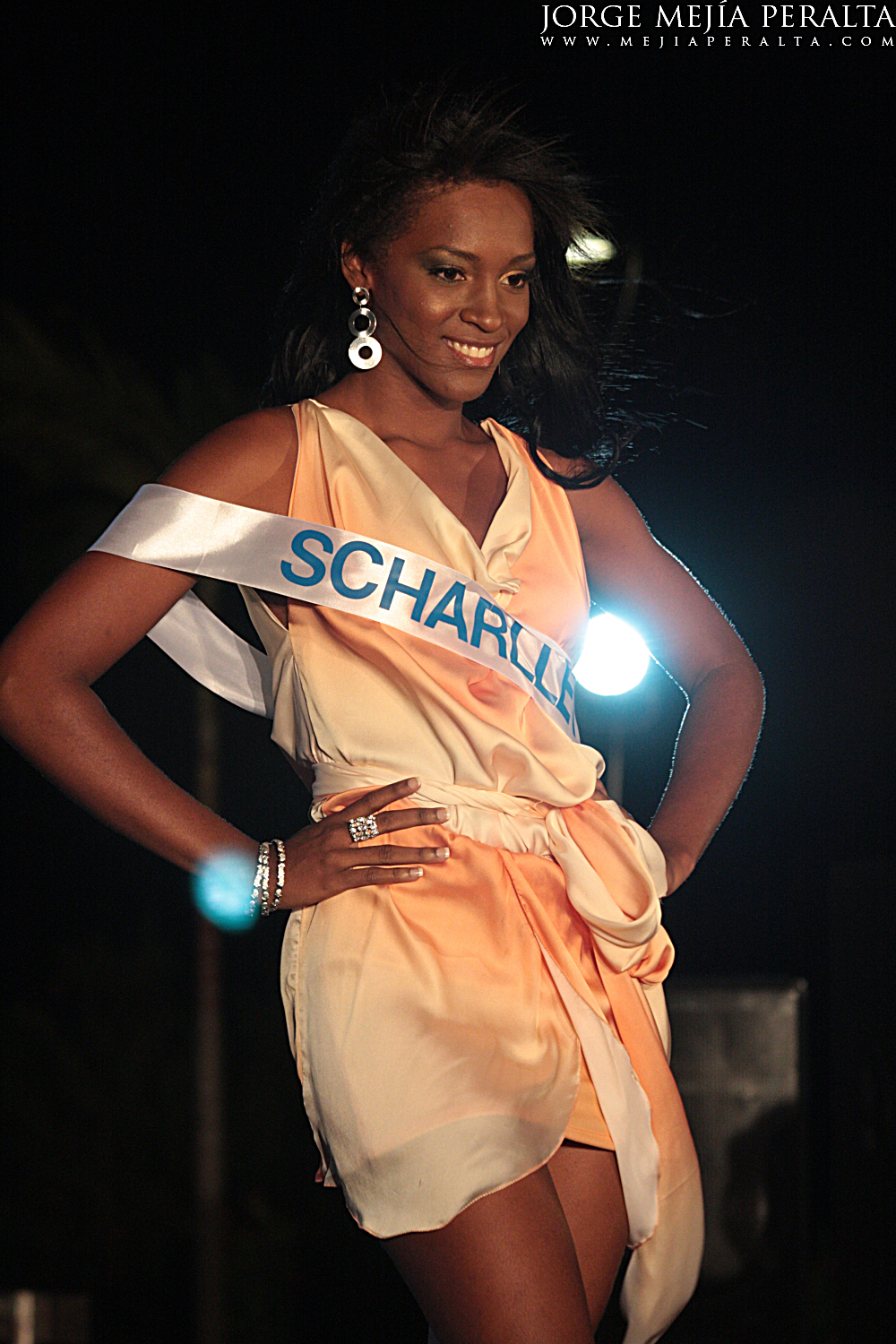 Scharllette Allen Moses grew up in Bluefields on the Atlantic Ocean coast of Nicaragua.  Bluefields is one of the most historically significant communities for Afro-Latinos in Central America. Moses was raised in a household headed by her mother.  She had one brother. During her high school and college years Moses dabbled in modeling. At the time of her crowning she was a student at Bluefields Indian and Caribbean University where she studied tourism and hotel management. Even as a college student Moses envisioned the development of tourist resorts along the underpopulated and impoverished Atlantic coast which had historically been ignored by the central government in Managua, the capital city.  When she competed for the title of Miss Nicaragua, Moses expressed a desire to work with underprivileged children.

Nicaragua has the largest population of people of black heritage in Central America. The four major groups include Afro-mestizos, Afro-Antilleans, the Garifuna, and the Miskitos. There are approximately 600,000 Afro-Nicaraguans who represent 9% of the nation’s population. Most are settled on the southeastern coast, the Mosquito Coast in the northeast near Honduras, and in Bluefields. Along the eastern coastal areas of Nicaragua Creole English (a West Indian influenced dialect), Spanish, and Miskito are all frequently spoken.

In June of 2011, toward the end of her reign as Miss Nicaragua, Moses publically announced her first pregnancy. She indicated that the child would be a boy and she planned to name it after the baby’s father, Mark Joseph Gonzalez, a minor league professional baseball player in Mexico and Central America.  Although Moses declared “he is with me and supports me in everything” and added that her mother and her boyfriend were taking good care of her during the pregnancy, she nonetheless returned to Bluefields to have the child.  Gonzalez did not join her.  Moses had her child in the tight-knit community of Bluefields, far from the world of urban life and high fashion that she had experienced as Miss Nicaragua.