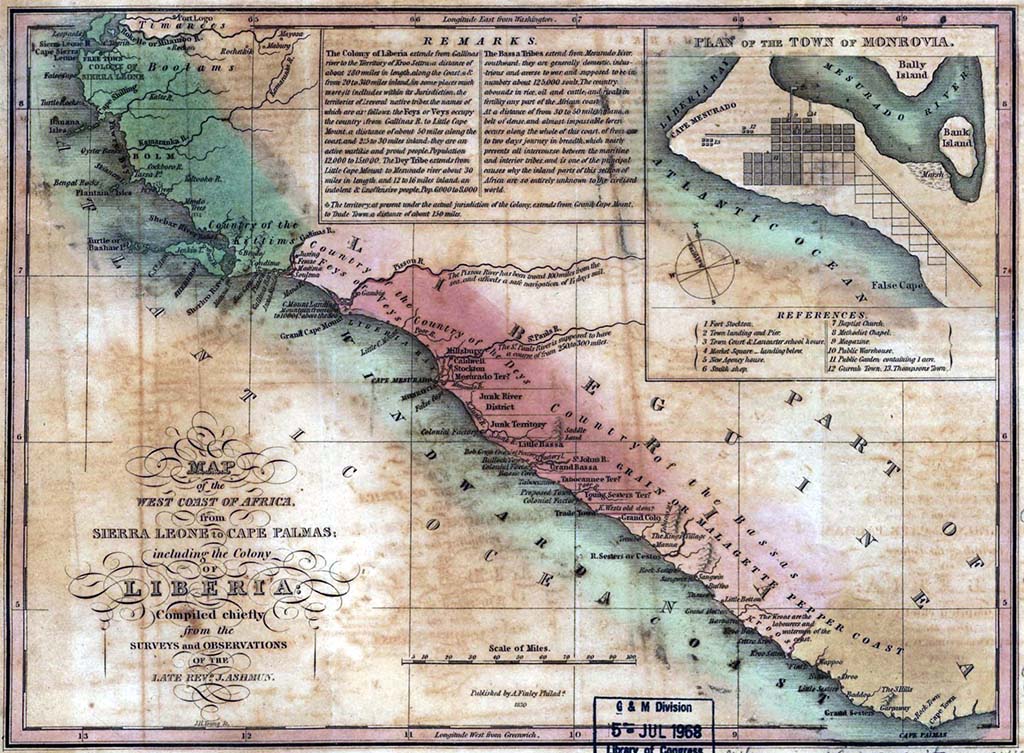 In 1822, the American Colonization Society (ACS) established the Liberian colony on the West African coast to send freeborn African Americans and manumitted slaves back to the African continent. Numerous settlements were established along the coast as thousands of immigrants (about 12,000 in total) made the journey across the Atlantic throughout the 19th century.

As the ACS eventually lost interest in internal Liberian affairs, the Americo-Liberian settlers took over the colony from the Society and declared themselves independent from the United States on July 26, 1847. The Americo-Liberians consolidated power by creating a one-party state and ruled through the Americo-Liberian dominated True Whig Party for 133 years. President William V.S. Tubman, who ruled the country between 1944 and 1971, is particularly noted for his promotion of foreign investment and for attempting to bridge the economic, social, and political gaps between the descendents of the original settlers and the inhabitants of the interior.

The Americo-Liberian settlers were, from the beginning, essentially American rather than African in outlook and orientation. They retained preferences for western modes of dress, Southern plantation-style homes, American food, Christianity, the English language, and monogamous kinship practices. The settlers held land individually in contrast to the communal ownership of the African population and their political institutions were modeled on those of the United States with an elected president, a legislature made up of a Senate and a House of Representatives, and a supreme court. They seldom intermarried with indigenous Africans and tried to influence the interior inhabitants primarily through evangelization and trade.

In 1980, a political coup resulting in the assassination of Americo-Liberian president William Tolbert ended the long-lasting Americo-Liberian political domination. Members of the ethnic group remain in Liberia today.  They are an estimated population of 150,000 out of the 3.5 million people in the nation.