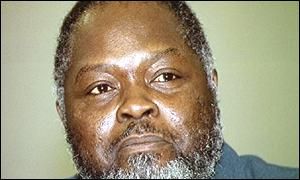 Born on the 17th of February 1944 in Georgetown, Guyana, Bernie Grant was elected to the British House of Commons in 1987 to serve as one of the country’s first black Members of Parliament (MPs). With a head teacher for a father and a teacher for a mother, Grant, the second of five children, was awarded a scholarship to begin his education at St. Stanislaus College, a Jesuit boy’s secondary school in Georgetown. After passing O Levels he moved to England to attend Tottenham Technical College, before pursuing a degree in Engineering at Heriot-Watt University in Scotland. In 1969, Grant left the institution in protest against the discrimination that he and other black students claimed they faced.

For the next nine years Grant worked as an international telephonist and decided to join the Tottenham Labour Party after becoming active in the field of workers’ rights. He was elected as a Labour councillor in 1978, and was promoted to deputy leader of the council less than 12 months later. In 1981, Grant founded the Black Trades Unionists Solidarity Movement, where he worked until 1984. By 1985 he was leader of Haringey council. In this local authority position, he was responsible for the welfare of around 250,000 people, and championed the rights of all marginalized groups affected by prejudice. He most notably gained controversial renown for defending black youths during the racial disturbances at Broadwater Farm Estate in 1985; a white police officer was killed by a crowd that gathered to protest the death of a black woman in a previous police raid.

Grant was elected as MP for the Tottenham constituency in 1987 and wore traditional African dress to attend his first State Opening of Parliament. Throughout his government career, Grant was active on issues of race and launched the Black Parliamentary magazine during his first year in office. Grant founded the Black Parliamentary Caucus, which acted as a focus point for black people in the country across a range of cultural and political issues. He was also part of the All Party Group on Race and Community, as well as the British Caribbean Group.

In 1997, Grant, a supporter of Pan Africanism, was appointed to the parliamentary select committee on International Development. He founded the Standing Conference on Racism in Europe, as well as the Africa Reparations Movement in Britain. Grant travelled to South Africa in order to support Nelson Mandela as he was released from prison in 1990. In 1993, Grant was awarded an honorary doctorate from Pace University, New York.

Bernie Grant passed away in early 2000.  Over 5,000 people attended his funeral which was held at Alexandra Palace in London. In 2007 the Bernie Grants Art Centre, designed to showcase and celebrate diverse culture, was opened in London in his name.