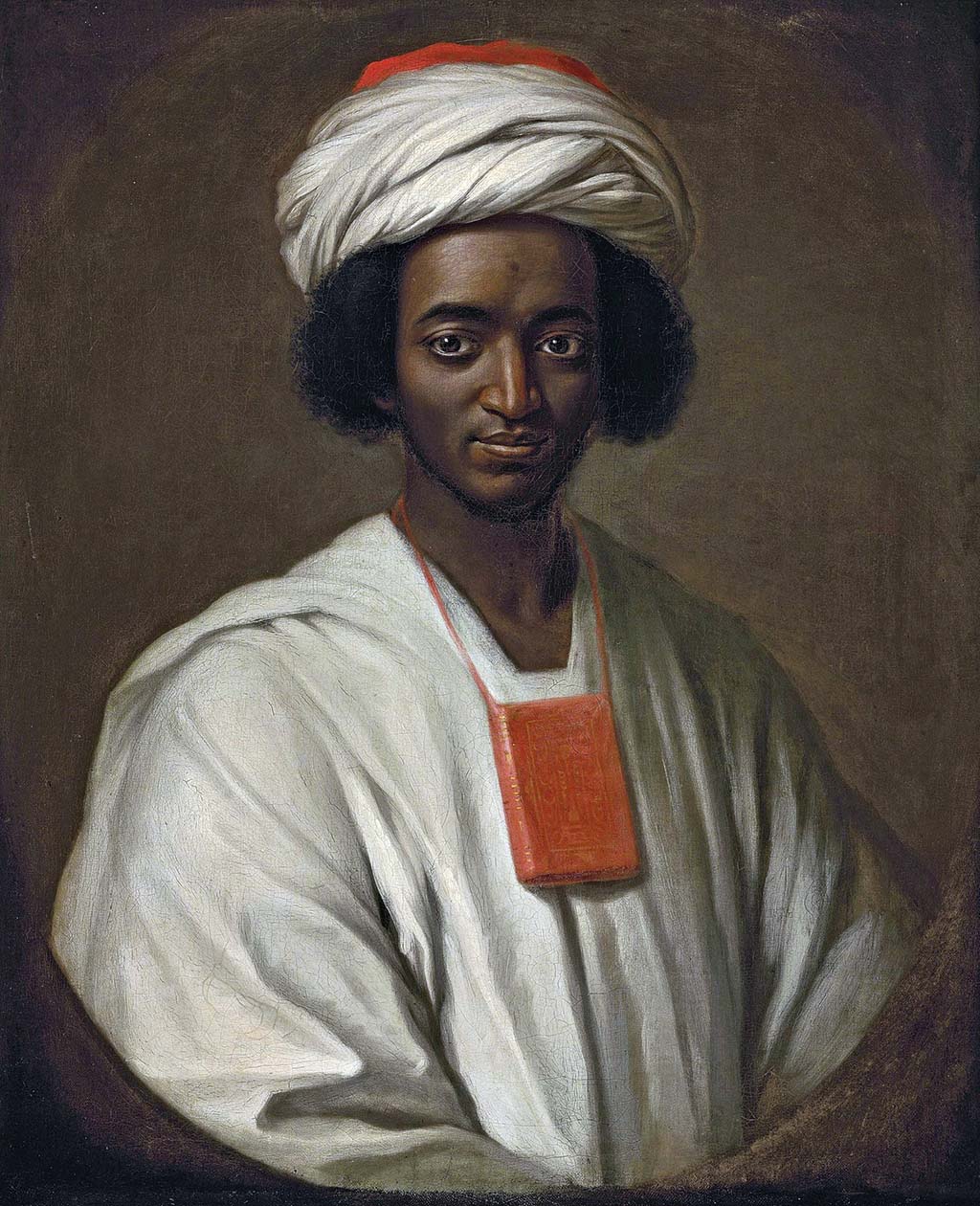 Ayuba Suleiman Diallo is best known for his memoirs as a Muslim who had to endure the Atlantic slave trade and enslavement in colonial America. His personal history was published in 1734 by Thomas Bluett as Some Memories of the Life of Job. To this day, they serve as one of the few primary sources on the Atlantic slave trade and life in slavery in eighteenth century America.

Diallo was born in 1701 in the nation of Futa Toro in what is now Senegal. Born into a prominent and religious family, Diallo grew up in what was relative privilege, and by 1729, he was a young merchant. That year he and his interpreter, Loumein, were captured by Mandinka slave traders who sold him to the Royal African Company, the major English slaving enterprise in the region. The company in turn sold him to a sea captain who brought him to Annapolis, Maryland, where he began his life as an enslaved person in the British colonies.

Diallo was initially put to work in the tobacco fields, but since he was not accustomed to harsh physical labor, he was quickly moved to herding cattle. Since slave owners tortured slaves who continued to practice their African faiths and especially Islam, Diallo kept his religion hidden for a time until he was discovered by a child who found him praying to Allah. Publicly humiliated because he continued to practice his faith, Diallo attempted to escape his owner in 1731 but was soon caught and imprisoned in the Kent County, Maryland, courthouse.

While incarcerated, he met Rev. Thomas Bluett, an attorney, judge, and missionary who was delightfully surprised by Diallo’s Arabic reading and writing prowess. He also was fluent in the Wolof language, which he translated for Bluett. Although Bluett returned Diallo to his owner, he did help Diallo convince the owner his noble origins. Diallo also wrote a letter in Arabic intended for his father in Futa Toro. Instead, it reached James Oglethorpe, the director of the Royal African Company. Oglethorpe bought Diallo, freed him, and sent him to London to begin a new life. There Diallo mingled with members of London’ssocial elite.

Despite those contacts, he still had to contend with slave catchers who hoped to capture him and sell him to other slave traders. He contacted Bluett, who was in London at the time. Concerned for his safety, Bluett raised funds among the London elite, including the Duke and Duchess of Montague, members of the royal family, to allow Diallo to return to Futa Toro. In return, Diallo agreed to allow Bluett to write his memoirs, which were completed only after Diallo arrived in West Africa.

Diallo returned in 1734 to discover that his father had passed, and his wives had remarried.  Diallo, however, was able to see his children and remain in Futa Toro. Ironically, he went to work as an interpreter and slave trader for the Royal African Company until his death in 1773 at the age of seventy-two. Diallo’s memories that Bluett published, however, are among the earliest of the slave narratives that became popular with British and American abolitionists in the late eighteenth and early nineteenth centuries. His story is also still considered a key component in understanding the Atlantic slave trade.