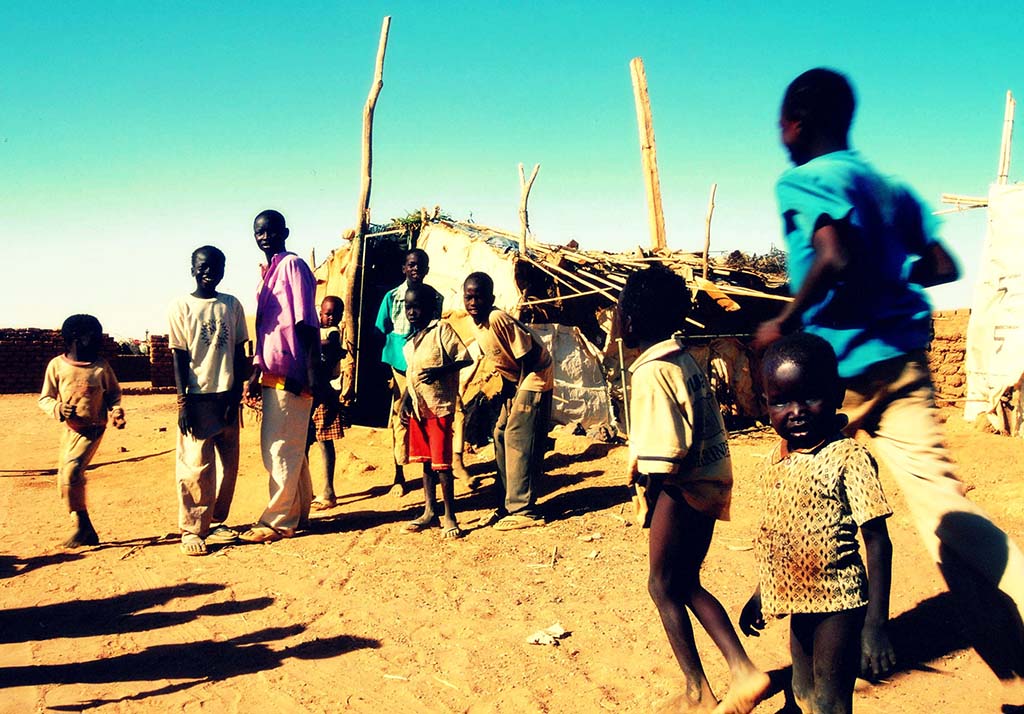 While the country of Sudan has experienced a number of violent conflicts since its independence from Great Britain in 1956, the region of Darfur, which is located in western Sudan, caught the attention of the international community in the spring of 2003. The genocide that ensued in this region stemmed from the violent clashing between the Sudanese government’s militia groups and Darfur-based rebel groups.  This complex crisis evolved from previous years of economic insecurity throughout the region.

Inhabitants of the region had suffered greatly from the famine of 1984-1985, and the major loss of crop land and overall resources led to conflicts often between different racial groups.  While these conflicts occurred throughout the 1990s, violence quickly escalated after two rebel groups, The Sudan People’s Liberation Army/Movement (SPLA/M) and the Justice and Equality Movement (JEM) initiated attacks on police stations and military bases in Darfur. Since the membership of SPLA/M and JEM mainly consisted of non-Arab tribes (such as the Fur, Masalit, and Zaghawa) in the west while government in mainly ruled by Arab Muslims, the conflict soon took on ethnic and racial overtones.

The rebel attacks were made in an effort to gain greater economic and political power for people in western Sudan.  However, the central government responded with violent reprisals, using gang rapes, mass murder, torture, and mutilation usually carried out by government organized militia groups called the Janjaweed which sought victims within the non-Arab population.

The systematic destruction of villages became a hallmark of the genocide.  These raids into villages, sometimes from opposite ends to make sure that few people escape, were designed to inflict maximum terror.  All items of value were stolen, and the villagers were subjected to extended periods of rape and torture.  Then the villages were burned.

The survivors of these raids were then forced to hide in the countryside from Sudanese troops who often captured and tortured survivors.  The scale of violence was unmatched since the Rwandan genocide of the 1990s.  An estimated 500,000 people were killed in Darfur between 2003 and 2005 and more than 2,000 villages have been destroyed.  Well over 2.5 million people have fled to humanitarian camps in Darfur and neighboring Chad where they are protected by 7,000 poorly equipped and funded soldiers of the African Union Mission.

On July 14, 2008, the International Criminal Court (ICC) filed charges of war crimes against Sudanese President Omar al-Bashir including three counts of genocide.  However without international military intervention, there is little prospect that the attacks on civilians will cease or that al-Bashir or other Sudanese leaders will be arrested and prosecuted.