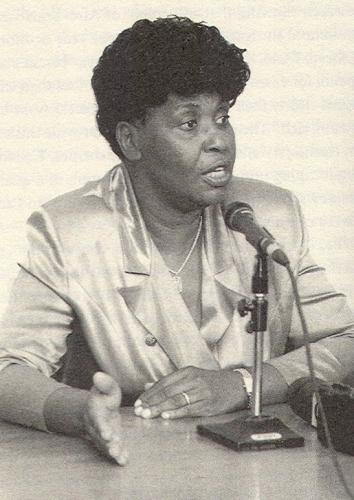 Trained as a social worker, “Bene,” as she is commonly referred to, entered politics in 1983 as a member of the Rio de Janeiro city government. She was elected to the Brazilian congress in 1991 and senate in 1995. In 1998, she was deputy governor for the state of Rio de Janeiro. In 2004, she became Federal Secretary for Social Services and later occupying a similar position in the state government of Rio de Janeiro.

Da Silva worked as a teacher and social worker before pursing her political career. Once in office, she championed the cause of Afro-Brazilian women in particular, seeking to raise awareness not only about their actual condition but also about their contribution to Brazilian history and society. In efforts to raise recognition about Brazilian black history, da Silva was a force behind the establishment of the National Awareness day of Black Consciousness, celebrating Zumbi dos Palmares, the Afro-Brazilian hero.

Throughout her career, da Silva has occupied groundbreaking positions for women in general and for Afro-Brazilian women in particular in legislative and executive functions. As Rio de Janeiro State Secretary for Social Services, she has worked on many social issues, including human trafficking, poverty, and access to education and health care.

Benedita da Silva’s remarkable and inspirational life has been chronicled in print and on film. Her memoir Benedita da Silva: An Afro-Brazilian Woman’s Story of Politics and Love was published in 1997, and a documentary, Nasci Mulher Negra, was released in 2000.