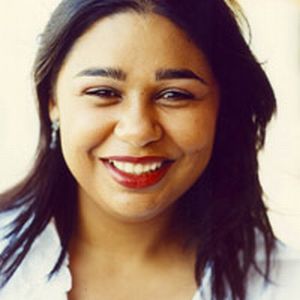 Maxine Case is an accomplished novelist from Cape Town, South Africa. Her mother, Dianne Case, is an author of children’s books and her sister Bonita Case writes as well. Her debut novel, All We Have Left Unsaid, was published in 2006 by Kwela Books. In 2007 she won the Commonwealth Writer’s Prize for Best First Book, Africa Region.  That same year she was a joint winner of the Herman Charles Bosman Prize.

Although the year of her birth is unknown, Maxine Case comes from a family of writers. Her mother is Dianne Case, a children’s book author, and her sister Bonita Case is also a writer. After high school Maxine studied advertising at IMM in Johannesburg.  After graduating she joined Kwagga Publishers and also worked as a ghostwriter. Case later became the deputy editor of Indulge, a women’s magazine published in Nigeria, before accepting a position as a marketing and promotions coordinator for NB Publishers.

Before the publication of her prize-winning novel, her short story “Homing Pigeons” was included in African Compass: New Writing from Southern Africa 2005. Her second published short story, “Making Konfyt,” was included in In Nice Times! A Book of South African Pleasures and Delights.

Case came to the United States in 2009 as a resident at the University of Iowa International Writing Program for international established and emerging writers, poets, and dramatists. Through this program Case conducted several talks and performed readings from her works. She also spent three months as a writer-in-residence for Sampsonia Way, an online magazine.  Her residency was sponsored by the U.S. Department of State Bureau of Educational and Cultural Affairs.

Maxine Case currently has a monthly column, “The Last Word” in Soul Magazine. She has contributed to several newspapers and magazines in the past, including Real Simple, Reader’s Digest, and O, The Oprah Magazine.  She is currently pursuing her master’s degree in Fine Arts from New School University in New York City, New York and is expected to complete this degree in 2012.