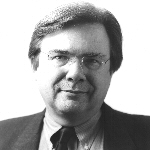 William P. O'Brien, Ph.D. is the Intermountain Region's CESU Cultural Resource Specialist stationed in Tucson, at the University of Arizona. He formerly held the position as Program Manager for Cultural Resources and National Register Programs, Intermountain Region, Santa Fe/Denver, National Park Service. He has worked in the field of public history since 1977 and served as Historic Preservation Officer for the city of Independence, Missouri from 1977 to 1984 and as a historian for the state of Missouri from 1984 to 1986. Since 1986, he has worked as a historian and supervisor for the National Park Service. He has worked and consulted on a variety of projects including presidential sites such as the Harry S. Truman National Historic Site in Independence, Missouri, the Jimmy Carter National Historic Site in Plains, Georgia . He also served as historian and cultural resource specialist for the National Park Service's Comprehensive Design Plan for the White House 1993-2001.

Hiram Young of Independence, Missouri manufactured freight wagons and equipment in the 1850s.  Born about 1812 in Tennessee, he entered Missouri as a slave and worked for George Young of Greene County.  In 1847, Young obtained freedom, either from his owner or possibly as a … END_OF_DOCUMENT_TOKEN_TO_BE_REPLACED

Moses Dickson was born in Cincinnati, Ohio, on April 5, 1824. At 16, he began a three year tour of the South which persuaded him to work for the abolition of slavery. On August 12, 1846, Dickson and twelve other men gathered in St. Louis … END_OF_DOCUMENT_TOKEN_TO_BE_REPLACED