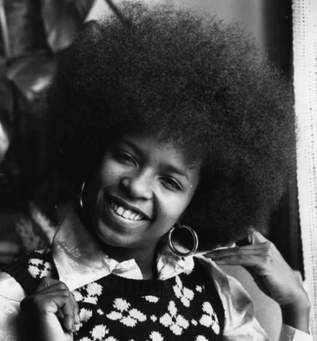 Betty Wright was an award-winning soul singer and songwriter who was highly popular throughout the 1970s and 1980s. She was the first black woman to earn a gold album on her own record label. She released her first album at 14, My First Time Around, and had her first hit pop song at 17, “Girls Can’t Do What the Guys Do.” She earned her first gold record at 18 and a Grammy at 23. Despite her young age when her stardom began, Wright was known for giving relationship advice through her songs and earned the moniker the “Queen of the cautionary tale” and “heartbreak soul.” After her heyday, she remained a relevant figure in pop culture as numerous famed musicians used her music in their work, and she continued to work with contemporary artists. In the 2010s, Wright made a comeback after releasing new music.

Born Bessie Regina Norris on December 21, 1953, in Miami, Florida, the youngest of seven children to Rosa Akins Braddy-Wright and her second husband, McArthur Norris. Wright began performing with her family’s gospel singing group, the Echoes of Joy, just before the age of two, and continued to perform with the group until 1965 when Wright was eleven. By that time, she had already begun going by the name Betty Wright. A year later, Wright was approached by the Deep City Records label after being spotted singing in local talent shows in the Miami area. By thirteen, she was singing backup on other artists. Wright released My First Time Around from Atco Records, leading to her first hit single, “Girls Can’t Do What the Guys Do.”

Wright’s signature song, which is still popular and has been often sampled by other artists, “Clean Up Woman,” was released in 1971. It rose to and stayed at number six on the pop charts and number two on the R&B charts for eight weeks. In 1976, Wright won a Grammy Award for Best R&B Song for “Where Is The Love.”

In 1985, Wright created her own record label, Ms. B Records, because of the gender pay gap in the music industry. In 1987, Wright released the album, Mother Wit, under her label and made history in the process by becoming the first black woman artist to earn a gold album on her own record label. Beyond singing and songwriting, Wright was a mentor and vocal coach for numerous young artists. In addition, she sang background vocals and performed vocal production and engineering work on albums for other renowned artists. Wright also led a songwriting workshop called MOST (Mountain of Songs Today).