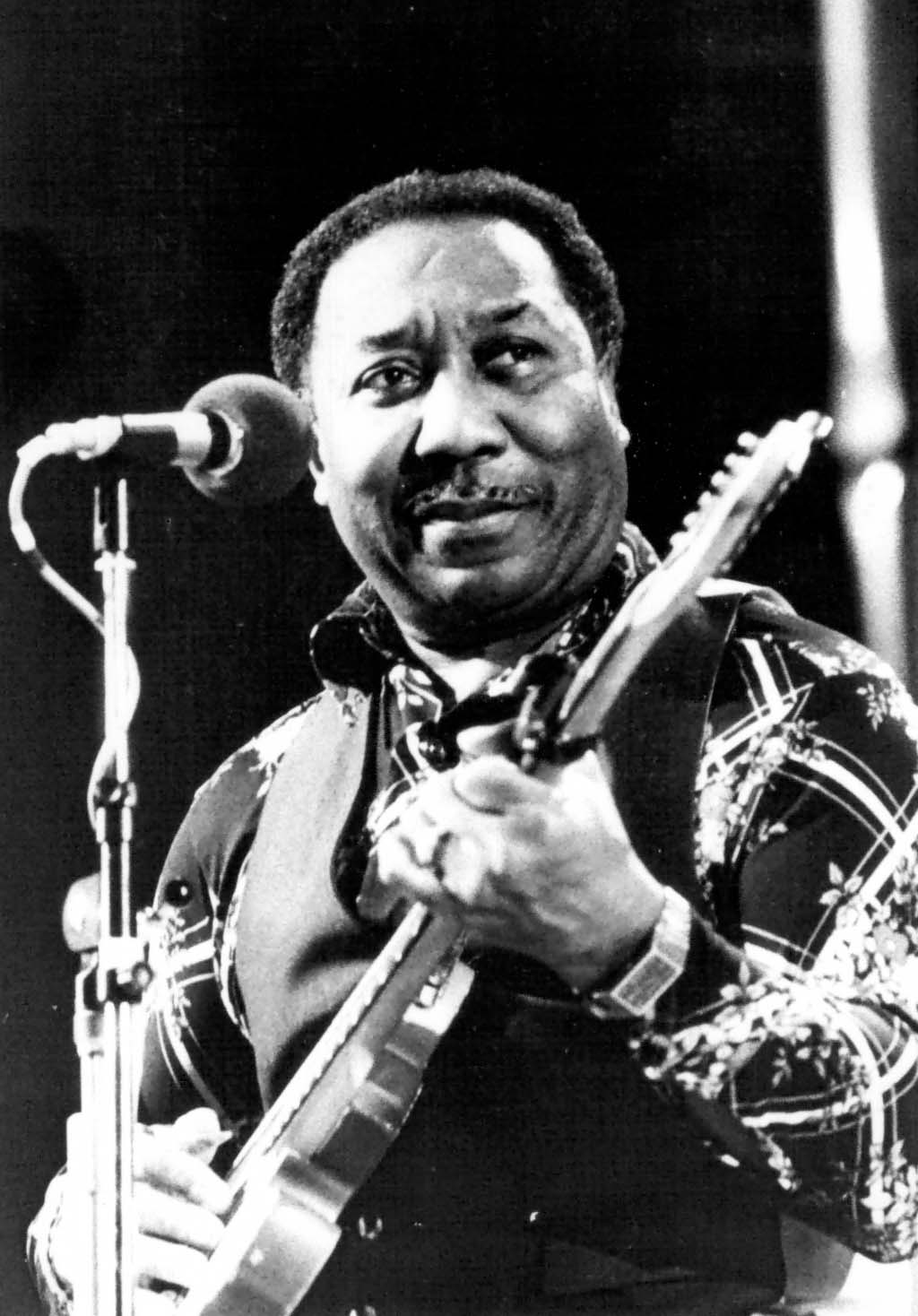 Blues singer, songwriter and musician Muddy Waters was born McKinley Morganfield on April 4, 1913 in Issaquena County, Mississippi. Waters acquired his nickname (and later stage name) because as a young child he liked to play in the mud.  When he began his musical career he adopted Muddy Waters as his legal name.

Waters, influenced by Mississippi Delta musicians Robert Johnson and Son House, first started his career as a blues singer and musician on the harmonica and then switched to the guitar.  In his late teens he played at parties in small towns in the Delta region of Mississippi.  By the early 1940s Waters had earned enough as a performer to open a small club, where he expressed his musical talent in daily performances.  Word of his music got out and in 1941 the famous folk musicologist Alan Lomax came to Mississippi to record Waters for the Library of Congress.  The attention garnered Waters his first recording contract with Testament Records.  The encounter also persuaded Waters that he could become a full-time musician.  Waters moved to Chicago to promote his career.

Working in a Chicago factory by day and playing in blues clubs at night, Waters soon became a fixture on the city’s south side during and immediately after World War II.  Waters’s big chance came when Big Bill Broonzy, the leading blues performer in Chicago at the time, allowed him to be the opening act of his shows.  In 1948, Waters signed with Chess Records and recorded his first hits, “I Can’t Be Satisfied” and “I Feel Like Going Home.”  His next hit, “Rollin’ Stone” in 1950 made him a national star and provided the inspiration for the name of the British group, The Rolling Stones in the early 1960s.

By the early 1950s Waters was king of the Chicago blues scene.  He also found success on the R&B charts.  His single, “Hoochie Coochie Man” reached number eight and “I Just Want to Make Love to You” reached number four.  Waters reached the peak of his of his career in the mid 1950s.  By the late 1950s, rock and roll and rhythm and blues supplanted blues as the major musical genres for his mostly African American audiences. Waters left for England in 1958 where he became a musical inspiration for many British artists in the 1960s.

Waters had brief success in the mid-1970s as a “comeback” artist signed to the Columbia Records label.  In 1976 he performed a farewell tour that introduced him and blues to a new generation.  Waters released his last album, “Muddy Waters Live,” in 1979.

By the time of his death in Chicago on April 30, 1983, Muddy Waters had brought blues to mainstream audiences.  Often overlooked during his lifetime, Rolling Stone in 2004 ranked him seventeenth on its list of the “100 Greatest Artists of All Time.”  Waters also received seven Grammies including the Grammy Lifetime Achievement award given posthumously in 1992.