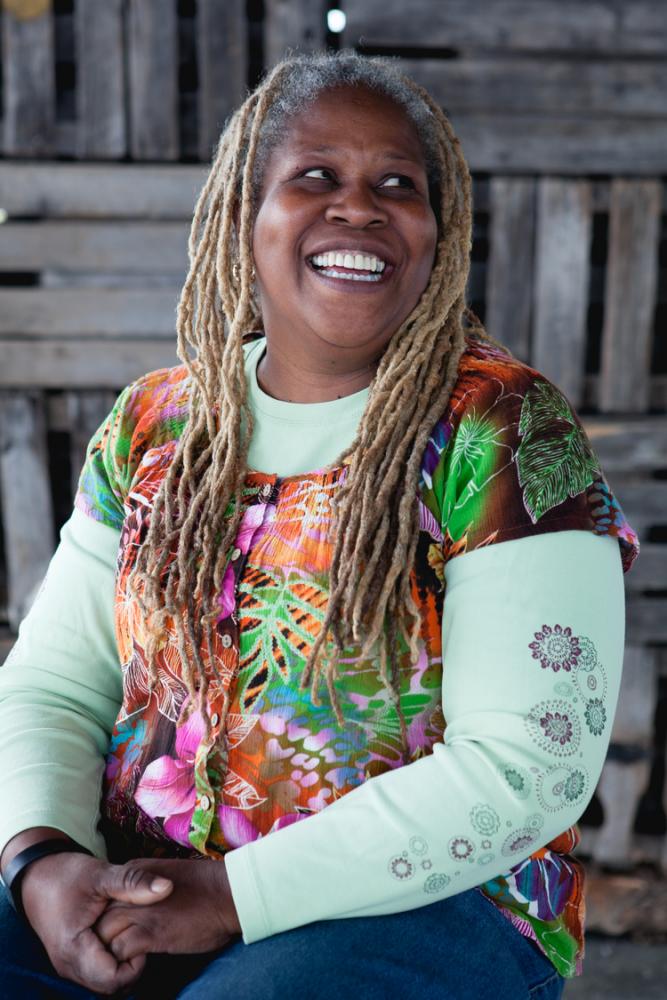 Urban gardening advocate Karen Washington was born in 1956 in New York City, New York and has lived in New York state all of her life. Washington attended Hunter College, City University of New York (CUNY), earning a earning a bachelor’s of applied science with honors in physical therapy in 1978. In 1981, she received a master’s degree from New York University in occupational biomechanics and ergonomics. Washington has two children, Kendra and Bryant, and two grandchildren, Julian and Justice.

After completing her education, Karen Washington settled in the Bronx in 1985. While maintaining her job as a physical therapist, she began her activism in urban farming in 1988 with the empty plot of land across the street from her apartment. Washington and her neighbor Jose Lugo turned the plot that had been filled with garbage into what they called the “Garden of Happiness.” This garden would lead to Washington’s community gardening career. By 1998 she had worked with four other community gardens to create “La Familia Verde Community Coalition” and a weekly farmers market, called “City Farms Market.”

In 2008, Washington was certified in Ecological Horticulture by the Center for Agroecology and Sustainable Food Systems at the University of California, Santa Cruz. This credential gave her extensive training and knowledge regarding organic growing and urban farming. She used this experience to begin the Black Urban Growers (BUGS) which held its first BUGS Conference in 2010 in New York City.

Washington was recognized for her work with her community in 2012 by Ebony magazine as one of their 100 most influential African Americans. Additionally, in 2014, Washington received the James Beard Leadership Award.

Washington has served on numerous community boards and committees to improve urban farming and the way in which the people of New York City interact with their food. She is a board member for Just Food, the New York Botanical Garden, and the Food School NYC. She has served as president of the New York City Community Garden Coalition. In 2014, Washington retired from her job as a physical therapist and co-founded Rise and Root Farm, where she is currently working, while residing in Orange County, New York. She continues her urban food advocacy and activism.