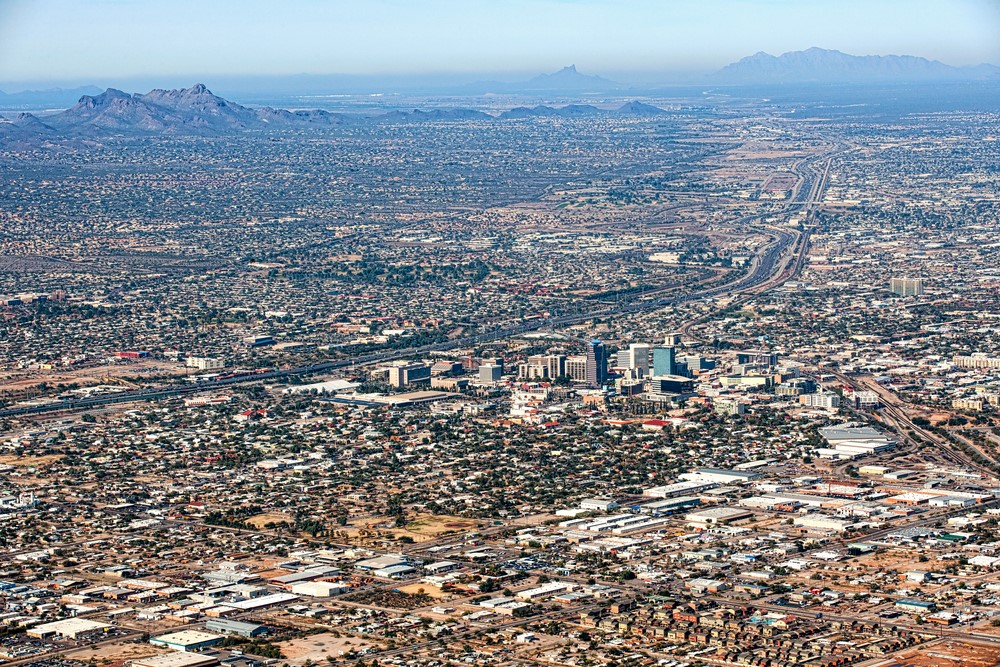 Few people are aware of the race riot that occurred in Tucson, Arizona in 1967.  The riot was caused by the arrest of an unidentified black 14-year-old a few days before. On July 23rd to 25th in the North side of the city within a four-mile area between 4th Avenue and Seneca Street, 200 young black people gathered to protest against the Tucson police force.

Rocks were thrown at police cars and buildings with the worst damage to a Crown Liquors store by approximately 60 rioters. Nothing was stolen, but 25 Tucson patrol officers, members of the Arizona National Guard, and firefighters were called to the scene.  There was, according to the  Los Angeles Times, “minor violence” on the 25th of July and at least one fire bomb was thrown at a paint store, but no other major violence or injuries were reported.

Two injured people were reported injured on July 24: Kurt Jackson, a white man who had driven through the area, and an unidentified woman were both struck by unidentified objects, likely rocks, and suffered minor injuries. Two arrests were made: James Brooks and Eugene Jones, two 19-year-old black men were charged with malicious mischief and unlawful assembly. Brooks pled guilty and was sentenced to 150 days in jail. Eugene Jones pled innocent, and was tried and acquitted in September, 1967. Two other juveniles, 13 and 16, were detained by police for throwing rocks at police cars and storefronts.

When the rioting ended in Tucson, slowly petering out on the morning of July 25, it began in Phoenix, Arizona, 116 miles north, on the 26th. However, in Tucson, the day the riot ended (July 25) was devoted to discussing why it had happened and working towards a solution. A meeting between black community leaders and city officials took place involving Tucson City Councilmen James N. Corbett Jr. and Kirk Storch (acting mayor while mayor Lew Davis was out of town), chairman of City Commission on Human Relations Reverend Paul David Sholin, president of the local NAACP branch, Robert Hora, and a chairman of the local Congress of Racial Equality (CORE), George Bowden.

In a second meeting on July 28th with black youth from the predominantly black South Side of Tucson, grievances were heard including suspicion of the police, wrongful detainment, unemployment, and lacking public resources like youth recreation centers. Tucson officials conceded to leaving the recreational Mirasol center open until 11 pm at night so that black youth would have a safe, equipped place to play and hang out with friends, without taking to the streets and being seen as threats by police. Tucson officials also created the Job Project, an anti-poverty program which hired 60 chronically unemployed people, focusing on heads of households, at least temporarily, with the possibility of permanent employment. Eventually 400 jobs were developed to combat the city’s persistent high black unemployment.