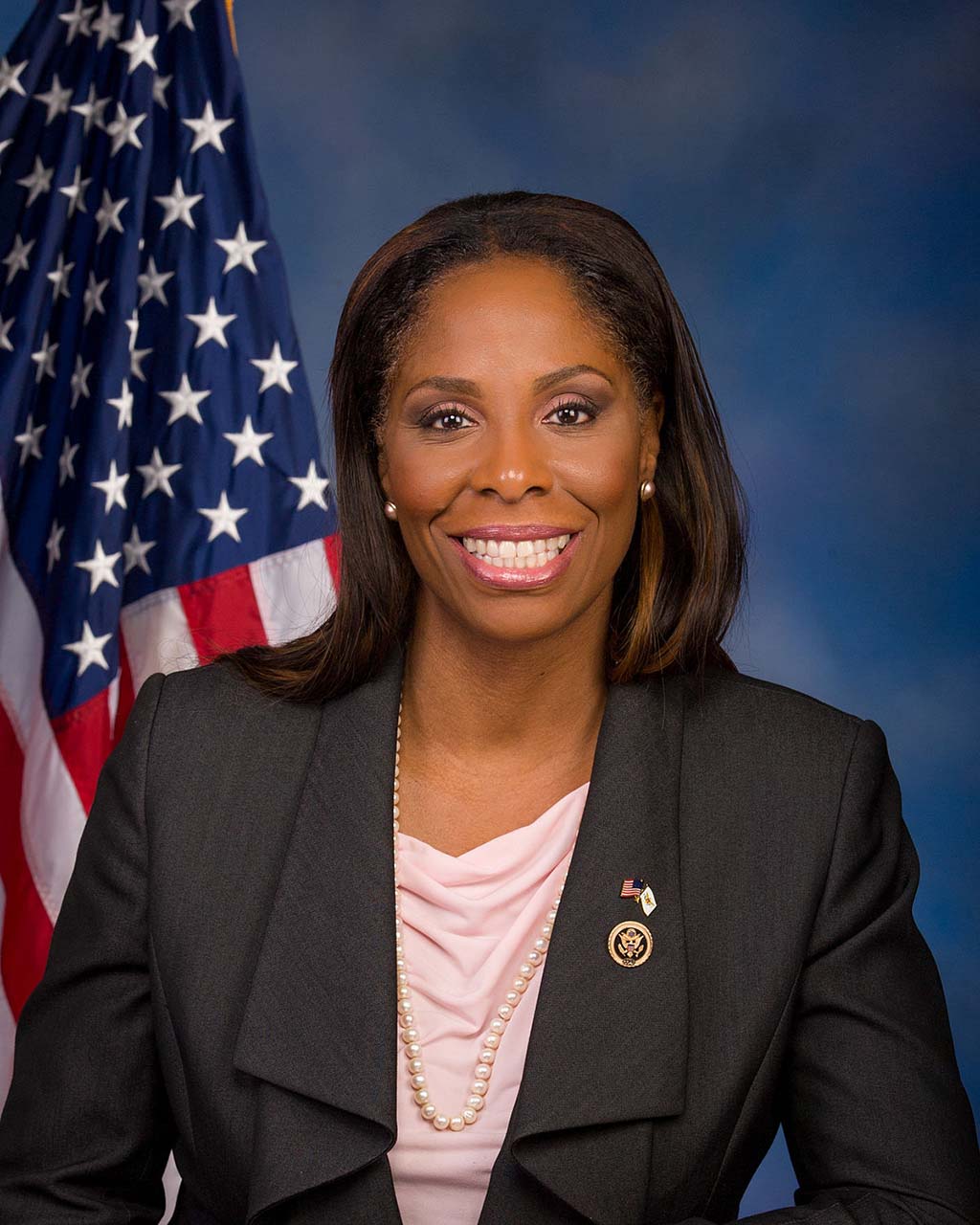 Stacey Plaskett is the current delegate to the U.S. House of Representatives for the Territory of the Virgin Islands.  She achieved national notoriety as one of the House Impeachment Managers in the Second Impeachment Trial of former President Donald Trump in February 2021.

Plaskett was born on May 13, 1966 in Kings County, Brooklyn, New York. Her parents are both from St. Croix. Her father was a New York City police officer and her mother a clerk in the court system. During her childhood, the family regularly traveled back to St. Croix, keeping her tied to island traditions and roots. She attended Brooklyn Friends School and Grace Lutheran school in New York for her early education. Plaskett was recruited by Choate Rosemary Hall, a private college-preparatory school in Wallingford, Connecticut, where she had the opportunity to study in France for a short time. She graduated in 1984. She attended Georgetown University in Washington, D.C., graduating in 1988 with a bachelor’s degree in History and Diplomacy.

Plaskett then attended the American University Washington College of Law at night while working with the American Medical Association and later with the law firm Jones Day. She received a J.D. in 1994. After first working in private practice, Plaskett became a staff member for then Virgin Islands Delegate Ron De Lugo. She later served as the Assistant District Attorney for Bronx County, New York from 1994 to 1997. She also worked for the House Committee on Ethics in the U.S. Congress and at the U.S. Department of Justice from 2002 to 2004. From 2007 to 2014 she was general counsel for the Virgin Islands Economic Development Authority.

After an unsuccessful first attempt in 2012, Plaskett won her second bid for Delegate to the US Virgin Islands in 2014, beating incumbent Donna Christensen, who had served nine terms. Because the Virgin Islands is a territory of the United States, and not a state, its representative in the House of Representatives is a delegate with limited voting privileges. Plaskett can vote in committee but not on the House floor. She is excluded from voting on the final passage of bills.

Plaskett currently serves on the House Transportation and Infrastructure Committee, the House Committee on Agriculture, and the House Committee on Oversight and Government Reform. She serves as a ranking member on the Subcommittee on the Interior, Energy and Environment. Plaskett is also a member of the Congressional Caribbean Caucus, the Congressional Black Caucus and the New Democrat Coalition. Plaskett is married to former professional tennis player Jonathan Buckney Small, and the couple has five children.