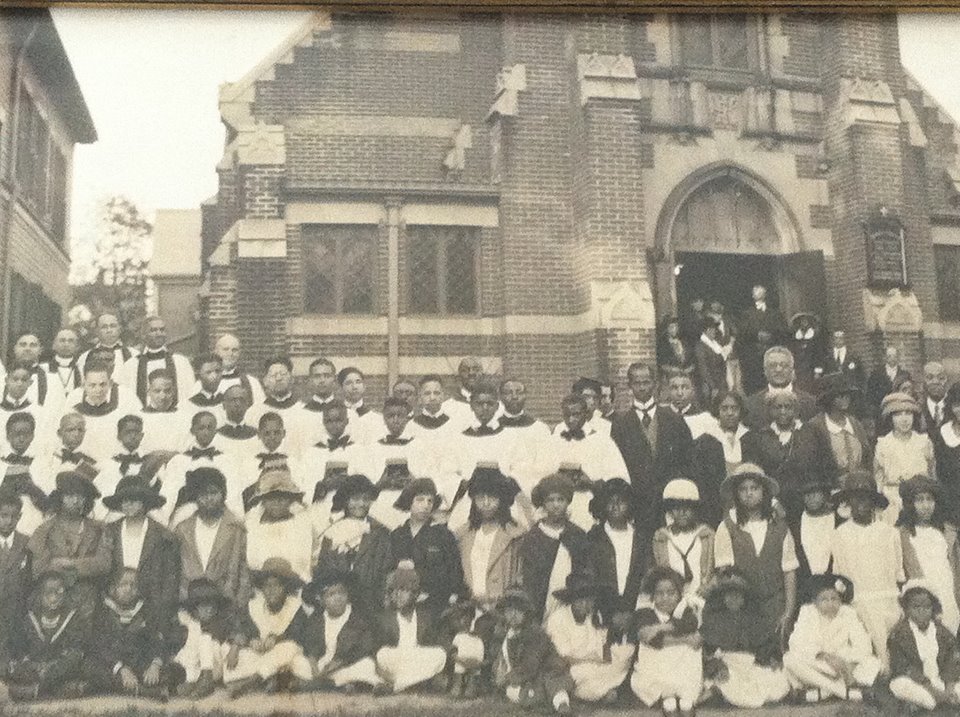 In 1842, Trinity Episcopal’s vestry relegated black church members to four pews (numbers 143, 144, 146, and 184) at the rear of the gallery in the church.  Outraged and indignant, the black members of the congregation, led by Alexander DuBois, great-grandfather of W.E.B. DuBois, began proceedings to institute an independent black Episcopal church.  W.E.B. DuBois noted that “when the white Episcopalians of Trinity Parish, New Haven, showed plainly that they no longer wanted black folk as fellow Christians, he (his great grandfather, Alexander DuBois) led the revolt, which resulted in St. Luke’s Parish.”

By March of 1844, the plans for an independent black church entered the final stages as members of the black congregation, including the senior DuBois, met with the rector of Trinity, the Reverend Harry Croswell.  Arrangements were made to allow the members of the new church to meet in the basement of Trinity until a church building was secured.  On June 7, 1844, the black congregation leaders officially established Saint Luke’s Episcopal Church of New Haven.  The Episcopal Diocese of Connecticut formally admitted Saint Luke’s as a parish at the annual convention in Hartford on June 11, 1844.  The nascent parish consisted of 30 families; the original church officers were Peter Vogelsang, Clerk; Alexander DuBois, Treasurer; Henry S. Merriman, Warden; and Richard Green, Vestryman.

Today, nestled in the heart of New Haven among small storefront businesses, Saint Luke’s is a neighbor to Yale University.  The parish ministers to a diverse population including services to the poor, the disadvantaged and the elderly.  They offer a clothing closet, a feeding program, and a thriving youth ministry.  The Saint Luke’s music ministry includes the award-winning Saint Luke’s Steel Band, which has performed to standing-room-only crowds at the Caribbean Music Festival in Virginia Beach, Virginia, as well as the Duke Ellington Concert Series at Yale University.  Saint Luke’s parish actively serves New Haven’s Caribbean immigrant population.